Mayor Lumumba announces 16 locations with lead in water in Jackson 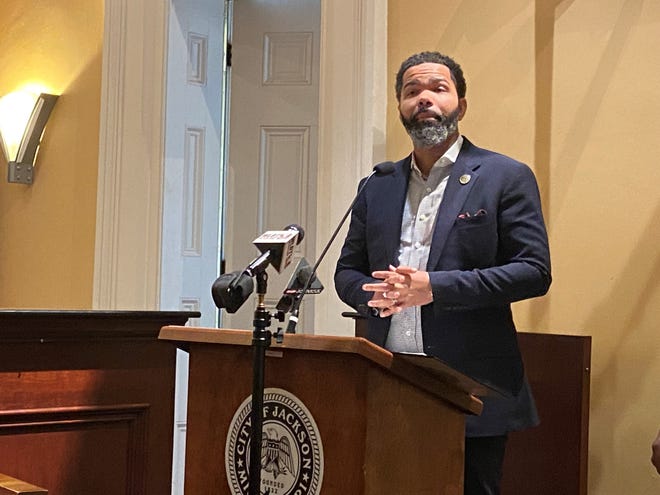 Jackson Mayor Chokwe Lumumba said Wednesday that 16 locations in Jackson have been identified as having lead in water lines.

Out of nearly 24,000 water meters installed to this point, Lumumba said 16 were found to have some lead, whether that be on the city’s side of the meter or the customer’s.

Lumumba could not say what portion of the 16 were residences or commercial customers. He also said he was not aware of how much lead was in the pipes, but that any lead going to property owners is too much lead.

The completion of this particular contract for having meters installed is scheduled for March 2023 and is on schedule, according to Lumumba.

“We are in the process of communicating with those households,” Lumumba said. “The city will be providing support in replacing all of those lines, and we will also be providing filtration systems for all of those residents, regardless of which side of the meter the lead was found.”

He said information and documentation will be sent out to those property owners and will also outline a process in which they can have that filtration system offered to them.

“Those residents that choose to do it on their own, that is at their own pleasure and that is their option,” Lumumba said. “The city will be offering the filtration systems for them, and we will be prioritizing the replacement of these lines.

“Out of 23,904 meter instillations, to only reveal 16 is certainly promising news. However, we are not pleased with any resident having to deal with a lead connection. So, we want to be able to remediate that.”

The city has been dealing with several lawsuits already dealing with lead in the water, the latest, filed in the Southern District of Mississippi, is brought by Lieff Cabraser Heimann & Bernstein, the Law Offices of Larry D. Moffett, Kershaw Talley Barlow and Gibbs Travis.

It is the first federal class action lawsuit seeking injunctive relief and monetary damages against “various government and private engineering defendants over the neglect, mismanagement, and maintenance failures that led to an environmental catastrophe leaving more than 153,000 Jackson-area residents without access to safe running water.”

As described in the Complaint, the City of Jackson’s water supply has been neglected for decades, culminating in a complete shutdown in August 2022 that left more than 153,000 residents, more than 82% of whom are Black, without access to running water. These residents lacked safe drinking water or water for making powdered baby formula, cooking, showering, or doing laundry.

In March, another challenge was filed on behalf of dozens of children in Mississippi against the City, Mississippi State Department of Health and other entities connected with the capital city’s ongoing water issues.

How to turn Thanksgiving leftovers into something delicious

Food gift ideas from the South