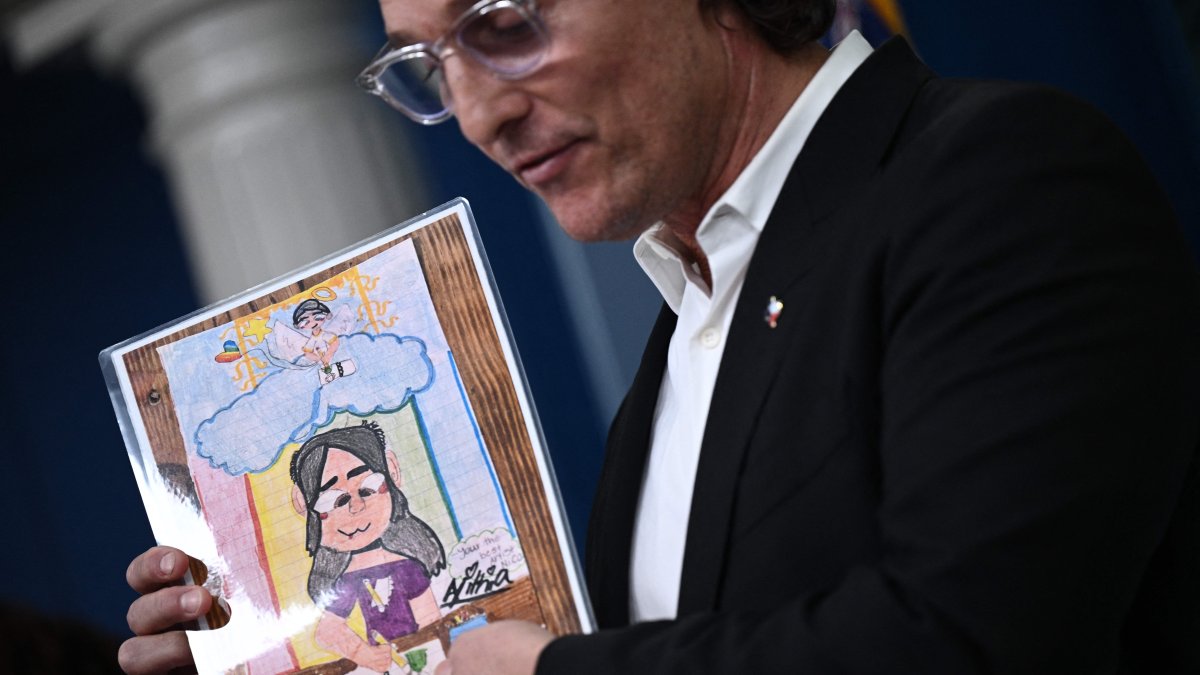 Academy Award–winning actor Matthew McConaughey took center stage at the White House briefing Tuesday to call on Congress to “reach a higher ground” and pass gun control legislation in honor of the children and teachers killed in last month’s shooting rampage at an elementary school in his home town of Uvalde, Texas.

In a highly personal 22-minute speech, McConaughey offered a full-throated exhortation for a gridlocked Congress to pass gun reforms that can save lives without infringing on Second Amendment rights.

McConaughey used his star power to make an argument for legislation in a fashion that the Biden administration has not been able to, offering a clear connection to the small Texas town and offering vivid detail on the sheer loss of the 19 children and two teachers in the second worst mass school shooting in U.S. history.

“We want secure and safe schools and we want gun laws that won’t make it so easy for the bad guys to get the damn guns,” McConaughey said.

McConaughey, who earlier this year considered a run for governor in Texas before taking a pass, met briefly with President Joe Biden before addressing the White House press corps from the James Brady briefing room.

McConaughey, who declined to take questions, spoke of learning to become a responsible gun owner as a youngster in Uvalde. He said he and his wife drove back to Uvalde on the day after the shooting and spent time with the families of some of the victims and others directly impacted by the rampage.

He said every parent he spoke to expressed that “they want their children’s dreams to live on.”

“They want to make their loss of life matter,” McConaughey said.

He related the personal stories of a number of the victims, displaying the artwork of one girls and the trademark green tennis shoes worn by another.

McConaughey acknowledged that gun legislation would not end mass shootings but suggested that steps can be taken to lessen the chances of such tragedies happening so frequently.

“Is this a cure all? Hell no, but people are hurting.”