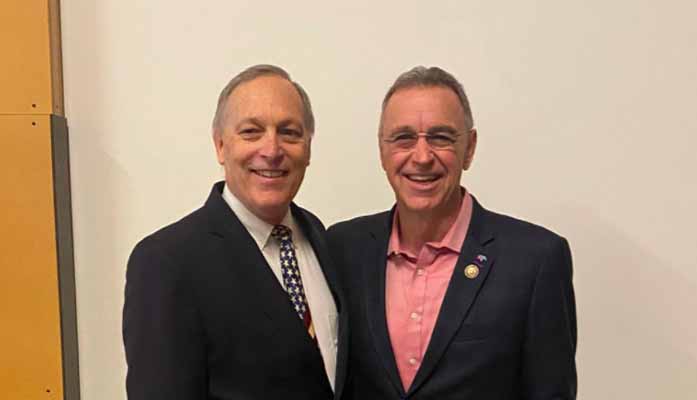 On Tuesday, former Congressman Matt Salmon announced that he is ending his gubernatorial campaign. Now, fellow Republicans await an announcement on whether he will endorse either Kari Lake or Taylor Robson, the two frontrunners in the race.

The two women are in a tight race, and with Salmon dropping out, some consultants say it could make it easier for the anti-Kari Lake vote in the GOP primary to consolidate around Taylor Robson.

I’ve been blessed with the best supporters in the world – but numbers are numbers, and primary voters deserve more than having their votes split.

So, today, I am ending my #AZGov campaign for the same reason I entered it: Because it is what’s best for the people of Arizona → pic.twitter.com/V2MaR10n9r

“I am so proud of everything that we have been able to accomplish together over the past year. I’ve been blessed with the best staff members, volunteers, and activists in Arizona, and I will forever be grateful for the tireless work and heart-felt passion that they gave to this campaign. Our ideas changed this race for the better – there is no doubt about that.

Unfortunately, numbers are numbers, and it has become clear to me that the path to a first-place victory is no longer a realistic possibility. Republican primary voters deserve more than having their votes split on August 2nd, and so I am leaving this race for the same reason that I entered it: Because it is what’s best for the people of Arizona.”