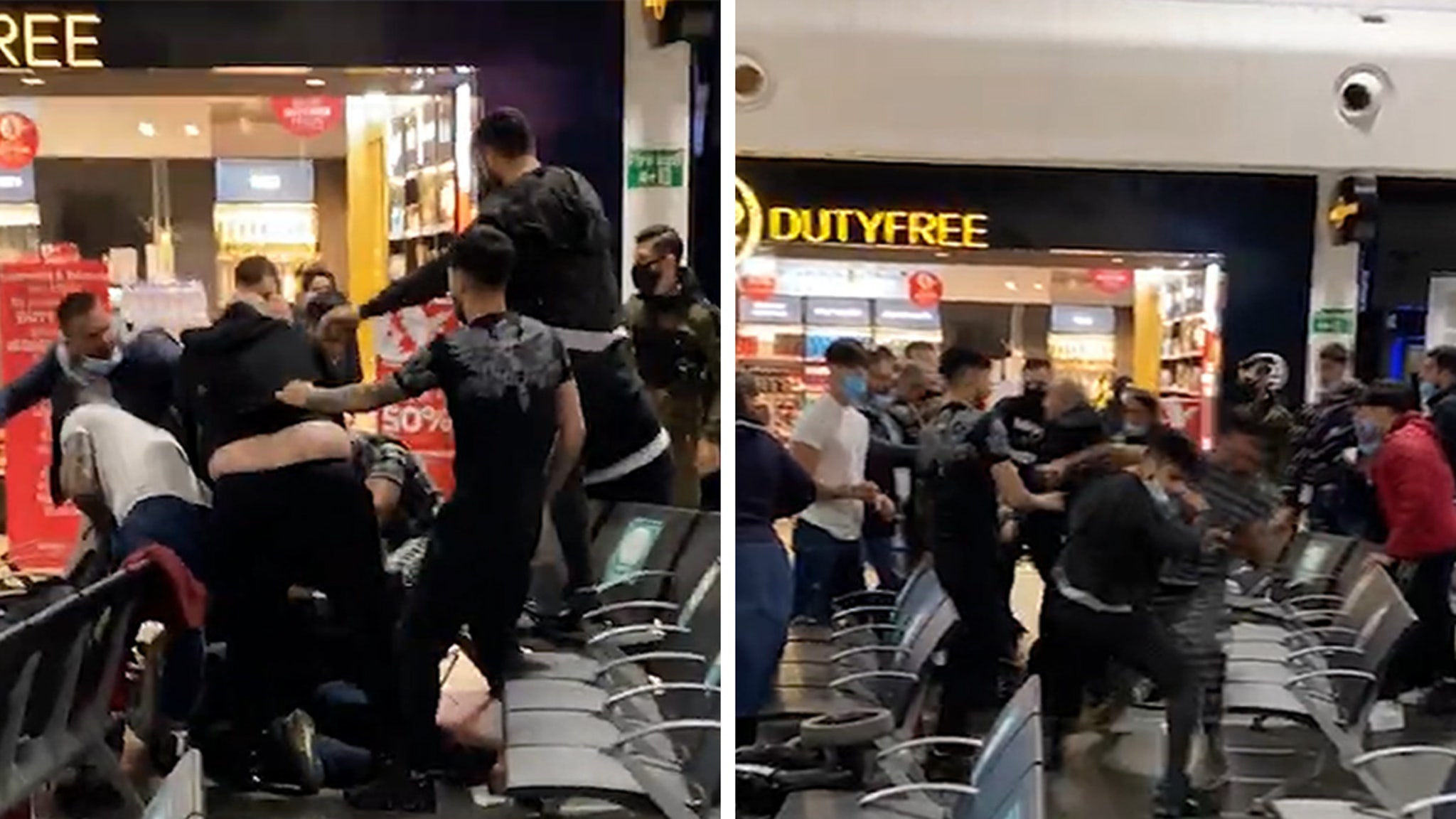 It looks like the world is transitioning from brawls over mask-wearing to the ol’-fashion variety.

This one went down at London’s Luton Airport after a man threw a bottle at another passenger who was insulting his female traveling companion.

For some reason, lots of onlookers decided to get in the game, and when the dust settled 17 people were arrested. Three people received serious injuries and were taken to the hospital.

A police spokesperson said, “We take a zero tolerance approach to violence and continue to assist the police with their inquiries. We would like to sincerely apologise to any passengers affected.”

It’s really crazy … dudes are clobbering each other with suitcases right in the terminal area around all the stores. And, it happened at 8 AM … way too early to brawl.

The world is getting back to normal, and it ain’t all good.