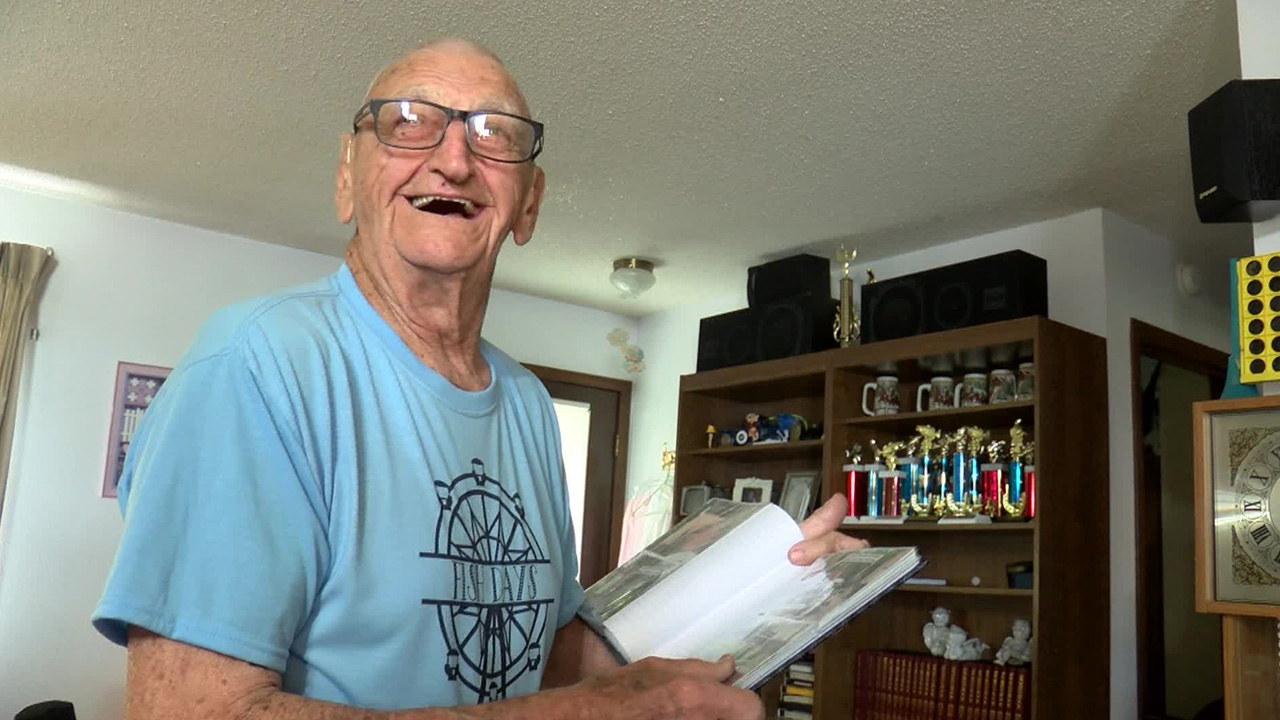 LAKE ANDES, S.D. (KELO) – Parades are often seen as just fun for the kids catching candy on the sidewalk. But creating the featured floats can allow the adults to have some fun too.

“Back then we didn’t have anything that you could just print it on paper. We had to cut out all the letters and then paste them onto the sheet for the saying,” Gall said.

“Well, the community, you know, we have Fish Days and, you know, to support the city, everybody needs to put a float in, you know to make it worthwhile,” Gall said.

Each year he has one goal — make people laugh. Although he likes to keep his floats a secret until the day of the parade, he gave KELOLAND News a sneak peek.

“My uniform for the turkey,” Gall said.

Around Lake Andes, he’s known for his parade creations. And he has a few trophies to show for it.

Gall has only missed a few years of float making, one of those years was when he and his wife, Mary Jane, were parade marshals.

“I suppose as long as I can continue to motivate, we’ll continue to support the Fish Days,” Gall said.


How bike-friendly is Sioux Falls?

No matter the saying on the sign or the costume he’s wearing, Gall always has the same message for people watching him roll by —

Gall’s wife helped him come up with his float designs up until she died in 2003. Now he gets help from his children and grandchildren.

This year’s Fish Days parade is tomorrow morning at 11 in Lake Andes.