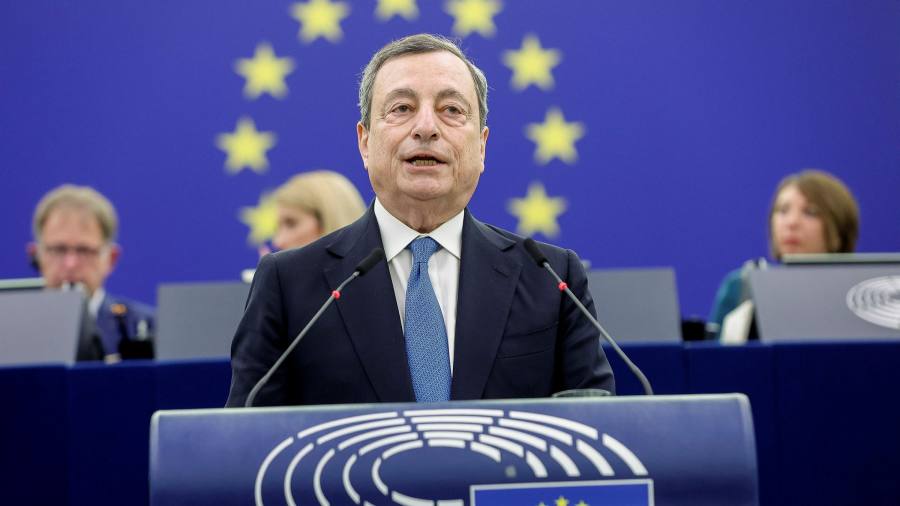 Italian prime minister Mario Draghi has called for the EU to abandon its requirement for unanimity on foreign policy decisions, as the bloc grapples with security and economic challenges stemming from Russia’s invasion of Ukraine.

In a speech to the European parliament, Draghi said the EU needed to improve its decision-making capacity to respond effectively to the challenge posed by Russia, which he said was a direct attack on the EU’s greatest achievement: ensuring peace on the continent.

“We must overcome this principle of unanimity, which leads to a logic of crossed vetoes, and move towards decisions taken by a qualified majority,” said Draghi. “A Europe capable of making timely decision is a Europe [that] is more credible vis-à-vis its citizens and vis-à-vis the world.”

Although the 2009 Treaty of Lisbon allows the EU to make majority decisions in many areas, sensitive subjects — such as tax, social protection, accession of new member states, the common foreign and security policy and police co-operation — require the unanimity of all member states.

While the combined defence spending of EU member states was around three times that of Russia, he said, the EU operated a total of 146 defence systems, which hindered co-ordination. The US, by contrast, operates just 34 weapons systems.

Draghi proposed that the EU should hold a conference to discuss the issue.