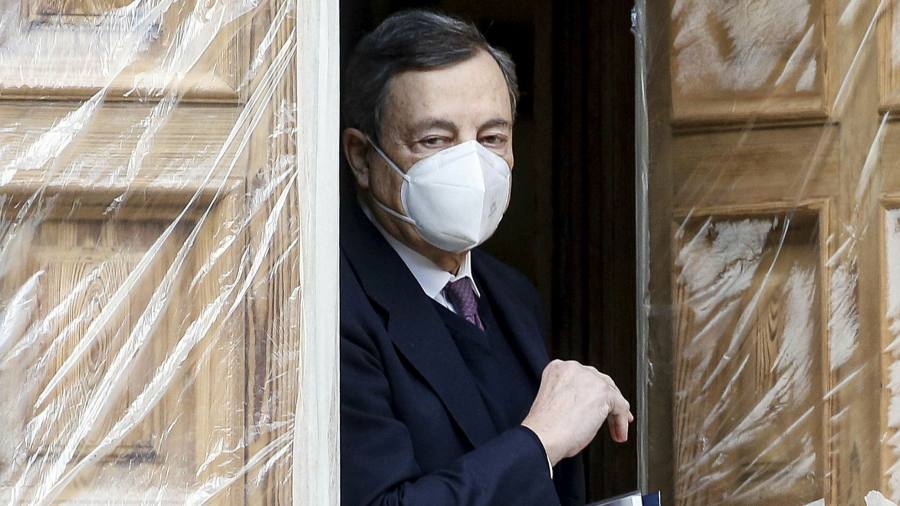 Italy’s president is expected to ask Mario Draghi, former president of the European Central Bank, to begin talks to form a new Italian government of national unity as the country battles against the Covid-19 pandemic.

Mr Draghi, one of Italy’s most highly regarded public officials and a leader credited with taking decisive ECB action during the eurozone debt crisis, will meet President Sergio Mattarella on Wednesday, the Italian head of state’s office said.

The unexpected decision by Mr Mattarella comes after talks to rebuild a government led by Giuseppe Conte, who for more than two years held together a disparate coalition that collapsed last month, broke down earlier on Tuesday.

Mr Mattarella said in an address that if a new government could not be formed, the country would be forced into early elections, a move he said would create uncertainty at a time Rome was already grappling with the coronavirus pandemic.

“I have the duty to emphasise that the long period of electoral campaign, and the resulting reduction of government activity, would coincide with a crucial moment for the fate of Italy,” Mr Mattarella said.

Italy has suffered over 88,000 deaths attributed to Covid-19 and is also suffering from the economic consequences of the public health measures taken to combat the virus.

Polish PM warns of an EU ‘deprived of democratic control’

Back Jayapal or Manchin in pushing his agenda