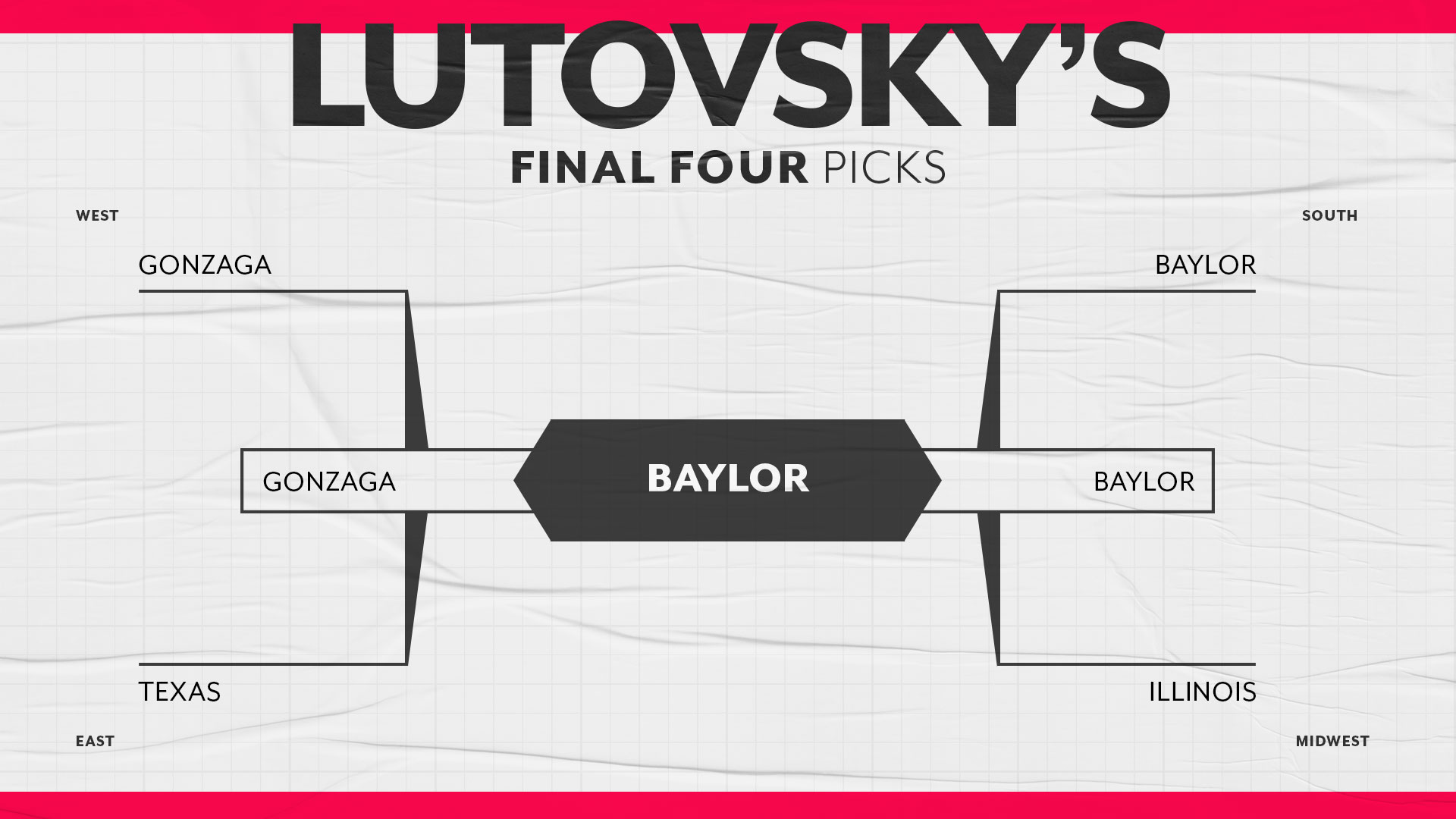 Very few people feel good about their March Madness bracket after they make their initial picks. They feel even worse after their second or third pass. The final draft usually isn’t ready until shortly before tip-off of the first tournament game, and even then, there are probably three or four picks you wish you could have back.

Not us. We produced “the answer key” on our first try, and when you’re staring at perfection, why tinker with it? Just click “submit” and go about your day. Do you think Michelangelo had any second thoughts after he painted the ceiling of the Sistine Chapel? No, he knocked that bad boy out and quickly moved on to other cool stuff, like designing a library or whatever.

Sure, the other Sporting News college basketball experts might have more “experience” (overrated), “logic” (yawn), and “knowledge” (helpful if you’re a nerd), but we have something more important than all three put together: Heart. That’s right. Some might refer it to as grit; others, scrappiness. Whatever you call it, there’s simply no denying it’s essential when filling out an NCAA Tournament bracket.

You might be thinking, “Hey idiot — that doesn’t make any sense. ‘Heart’ doesn’t give you any insight when comparing college basketball teams. Idiot.” Yeah, well, “love” isn’t an actual food ingredient, but your grandma’s homemade chicken noodle soup always tasted better than anything out of a can, and that’s because she made it with love, so…same thing.

We’ll be shocked if we get any games wrong, so we’d advise copying everything below unless you think you have more heart than us — probably not possible, but that’s for you to decide. Sure, three No. 1 seeds making the Final Four has happened just five times in history, but it’s important to remember that before it happened for a fifth time, it had only happened four times, so it’s clearly trending upward. (Nailed it.)

Anyway, let’s just move on to the picks and some brief explanations as to why we made them. We might even drop the bit and try to be serious.

The COVID issues hanging over Kansas and Virginia make this a difficult region to handicap as a whole, but picking Gonzaga to win it is likely a default setting for many. Iowa has the shooting and interior play to give Gonzaga fits should the teams meet in the Elite Eight, but the ‘Zags were dominant all season, leading the nation in margin of victory (23) en route to a 26-0 record. Even more encouraging: Gonzaga beat each of Iowa, Kansas, and Virginia by double-digits this year. That’s more than enough reason to trust the ‘Zags all the way to the title game.

USC, which is ranked 14th on kenpom.com, is the most intriguing “long-shot” pick. While everyone is focused on Oklahoma State’s Cade Cunningham having a Carmelo Anthony-like run through the tournament, the Trojans’ Evan Mobley might be just as likely. The athletic 7-footer averaged 16.8 points, 8.6 rebounds, and an eye-popping 3.0 blocks per game this year. We have Kansas knocking off USC in the second round because of the Jayhawks’ many impressive wins, but it was by far our toughest pick of the region.

Baylor is our national champion, so obviously we like the Bears, but boy is this a tough region. Ohio State just proved it can go toe-to-toe with anyone, while both Wisconsin and Arkansas can dial up the defense in a hurry (13th and 14th, respectively, in kenpom.com‘s adjusted defense metric). Purdue is a live 4 seed that will get either a banged-up Villanova or Winthrop in the second round if it survives North Texas, so Baylor won’t have any easy games after Round 1. Nevertheless, the Bears were dominant all season, have multiple go-to players, and led the nation in three-point percentage (41.8 percent). Defense and rebounding are slight worries, but not enough for us to doubt Baylor’s superior offense.

We hated picking Winthrop because it’s so chalky, but it’s chalky for a reason. ‘Nova just seems past the breaking point. Utah State has a tough defense (eighth in kenpom.com‘s adjusted defense metric), and given Texas Tech’s mediocre outside shooting (34.6 percent on threes), we like the upset there. Colgate is a very intriguing first-round upset pick given that the Raiders ranked second in average margin of victory (18.1) and tied for 11th in three-point percentage (38.7), but we’ll trust Arkansas’s defense and pace. We’re not so confident in Arkansas in its potential second-round matchup against Utah State, but we’re still going full chalk with our Sweet 16 picks from this region.

Can we pick no one from this region and get two from the South or West? It’s not that the teams in the East are bad, but none stand out, at least not with Isaiah Livers (foot) sidelined for Michigan. The Wolverines are still plenty capable of coming out of this region, but they’re the easiest No. 1 seed to omit, so that’s why we looked elsewhere. This region is wide open, with legitimate cases to be made for pretty much every team seeded 1-12.

Florida State can bomb from three, which is one of the reasons we like them to get hot and make an Elite 8 run, but LSU has a top-five offense according to kenpom.com and St. Bonaventure is still ranked higher overall than the Tigers, so the ‘Noles won’t have an easy Sweet 16 game no matter who it faces — and that’s assuming it gets there.

Ultimately, we choose Texas to come out of this region because of its recent hot streak and Shaka Smart’s big-game coaching experience, but Alabama will be a tough out for anyone. Shooting can be an issue for the Tide, though (not that it can’t for Texas, too), so we’re going out on a little bit of a limb and picking the Longhorns to survive this region.

It’s trendy to pick Oklahoma State to come out of this region, and while that very well could happen, we pivoted and have the Cowboys losing in the second round. We almost had them losing in the first round to a Liberty team that can light it up from deep, but ultimately stuck with Oklahoma State. Illinois and Oklahoma State actual ranked Nos. 1 and 2 in Quad 1 wins during the regular season, but Illinois is a far superior rebounding and outside shooting team, so we were going to have the Illini winning that game regardless. Because of that, we opted for Tennessee and its nasty defense in the second round to give us a little differentiation.

The bottom half of the bracket has a bunch of teams we’re not excited about. Houston looks good on paper, but it has just two wins against teams that made the tournament (Texas Tech, Wichita State). It won its 24 games by an average of 17.2 points, which is a good sign, but that’s not enough for us to pick the Cougars past the Sweet 16. San Diego State has the 3-and-D tools we like to pull off upsets against likely overrated West Virginia and Houston squads — but not against favorite Illinois.