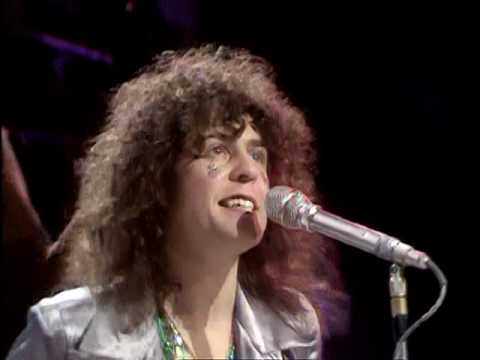 The new feature documentary chronicling the life and career of the late-Marc Bolan and T. Rex will make its world premiere at the Tribeca Film Festival in June. Among the legendary friends and fans appearing in Angelheaded Hipster: The Songs Of Marc Bolan & T. Rex are Ringo Starr, Elton John, David Bowie, U2, Joan Jett, rock journalist and filmmaker Cameron Crowe, and Nick Cave.

T. Rex was primarily known Stateside for its sole Top 40 hit, the Top 10 — “Bang A Gong (Get It On)” — which was renamed from its original title “Get It On,” which was deemed too risque for the U.S. audience in 1971. The group, which was led — on every level — by Bolan, was tremendous force in the UK in the early-’70s, leading the glam movement along with David Bowie and Slade.

Bolan and T. Rex drew countless comparisons to the “Beatlemania”-like state Bolan drove his fans into, which was dubbed, “T-Rextasy.” Bolan died in a car accident in London on September 16th, 1977. He was 30 years old. He was finally inducted into the Rock and Roll Hall of Fame in 2020.

The film was financed and executive produced by BMG, written and directed by Ethan Silverman, and produced by Silverman and longtime Who manager Bill Curbishley.