Manga Fans Are Eating Good With HxH And Berserk’s Return 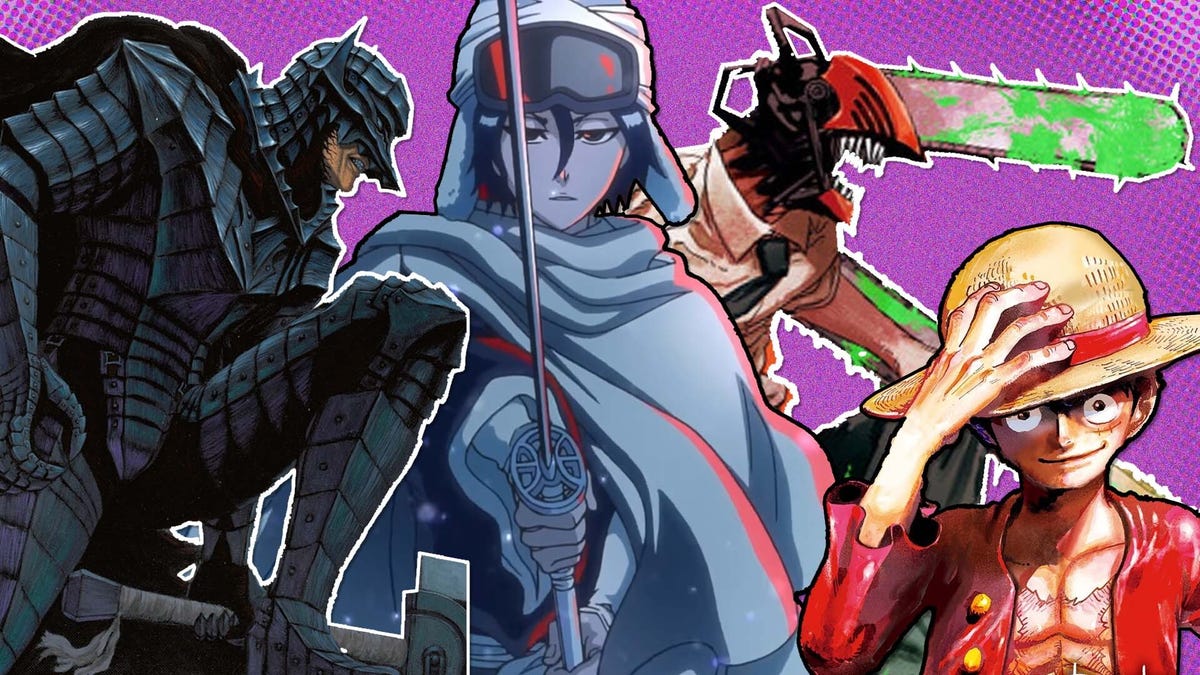 Hey, it’s 2022 and not the mid-90s right? I only ask because I’m not sure which of us otaku worked some magic–possibly making a wish to Shenron, or sacrificing a loved one with a behelit–so that we might live in a time where hiatus purgatory bunk buddies Hunter x Hunter and Berserk both announce an end to their interminable exiles. However, it seems the magic spell came at a cost, as it’s also plunging us into a strange new world where, after a staggering 1,051 chapters, One Piece is going on hiatus for the first time in, well…forever.

Yes, that’s right. Following the conclusion of One Piece’s latest and longest story arc, Wano Country, the One Piece team announced on Twitter that the series is taking a month-long hiatus starting on June 27 and will return on July 25.

But worry not One Piece faithful, series creator Eiichiro Oda won’t be pulling a George R.R. Martin by throwing deuces to his fans during the manga’s absence from Weekly Shonen Jump. According to Anime News Network, the hiatus came as a result of several people close to Oda warning that his summer was going to be “very tough” on him and that he should take a breather. They’d be right, considering the conclusion of Wano coincides with the release of One Piece’s upcoming movie One Piece Film Red as well as with Oda’s plans to oversee the filming of the upcoming Netflix live-action series in Africa. Though Oda was initially against the idea of taking a break, he eventually caved, with the caveat that he’d utilize his break to prepare for the manga’s 25th anniversary celebration, and to plot out One Piece’s “final saga.”

While the word “hiatus” usually drums up a manga reader’s fight, flight, or freeze response, it’s lost some of its fearsome power due to the spate of recent announcements about hiatuses for beloved, long-running series coming to an end. Otaku are having a bit of a moment these days, entering their own weird multiverse of madness as zombie series Hunter x Hunter and Berserk both resume publication alongside titles fans regard as the new guard of the shonen and seinen genres, with the Chainsaw Man anime debuting and the Vinland Saga anime resuming later this year.

The ultimate 4K experience
Brilliant details shine even in daylight with Quantum Matrix Technology. Powered by a huge grid of Samsung’s ultra-precise Quantum Mini LEDs, it takes exact control of the individual zones of light in your picture for breathtaking color and contrast.

Despite all hope being lost that Hunter x Hunter would ever return following its four-year hiatus, series creator Yoshihiro Togashi woke up one day and decided to break the internet by creating a Twitter account where he infrequently posts close-up photos of manga panel drafts teasing HxH’s imminent return.

As if that weren’t enough, a full-shot holy shit moment came late last night with the announcement that Berserk will also be resuming publication. The manga’s status was left up in the air following the tragic passing of its creator, Kentaro Miura, last year. Now, Miura’s close friend and fellow mangaka, Kouji Mori, will supervise Berserk as it resumes production, beginning with six chapters of its current story arc, Fantasia Arc, and plans to continue the series in a new story arc once that’s complete.

To double down on the Twilight Zone otaku times we’re living in, this news broke in the same year that Dragon Ball Z, the inspiration behind many of today’s shonen series, is not only still ongoing through the Dragon Ball Super manga, but has the Gohan-centric feature film Dragon Ball Super Hero on its way to theaters later this year. And Bleach, the red-headed stepchild of the “Big Three,’’ will have its final arc animated later this October. In fact, One Piece has been running for so long without a break that Bleach will have officially “ended” twice during its run, with the upcoming anime arc promising to really truly for realsies be the final one this time (doubt).

While fans have clamored online in excitement over the return of these beloved series by sharing tearful memes and funny videos, other fans like YouTube video essayist EyePatchWolf are still feeling out how they feel about the return of Berserk.

“I hope as a fan base, we can accept that this is complicated. Some people will see Berserk as over, some people as a direct continuation. Both are valid,” EyepatchWolf said in a tweet. “I’d love to see people avoid tearing the other side down, just cause they don’t see it like we do.”

While I’m tempted to push our collective luck by hoping all the hubbub in the manga-sphere also encourages Vagabond creator Takehiko Inoue to announce an official ending to that series, I won’t hold my breath since the series caused Inoue mental strain. Plus, I think we got a satisfactory ending through Vagabond’s 2008 art gallery The LAST Manga Exhibition, so I’m gucci.

Anywho, 2022 is shaping up to be a good year for annoying people, i.e. otaku like myself, so you’ll have to forgive us for flooding your timeline with weeb shit. It’s a celebration.