Mandela Barnes: The 2022 Senate race ‘will come down to authenticity’ – Isthmus 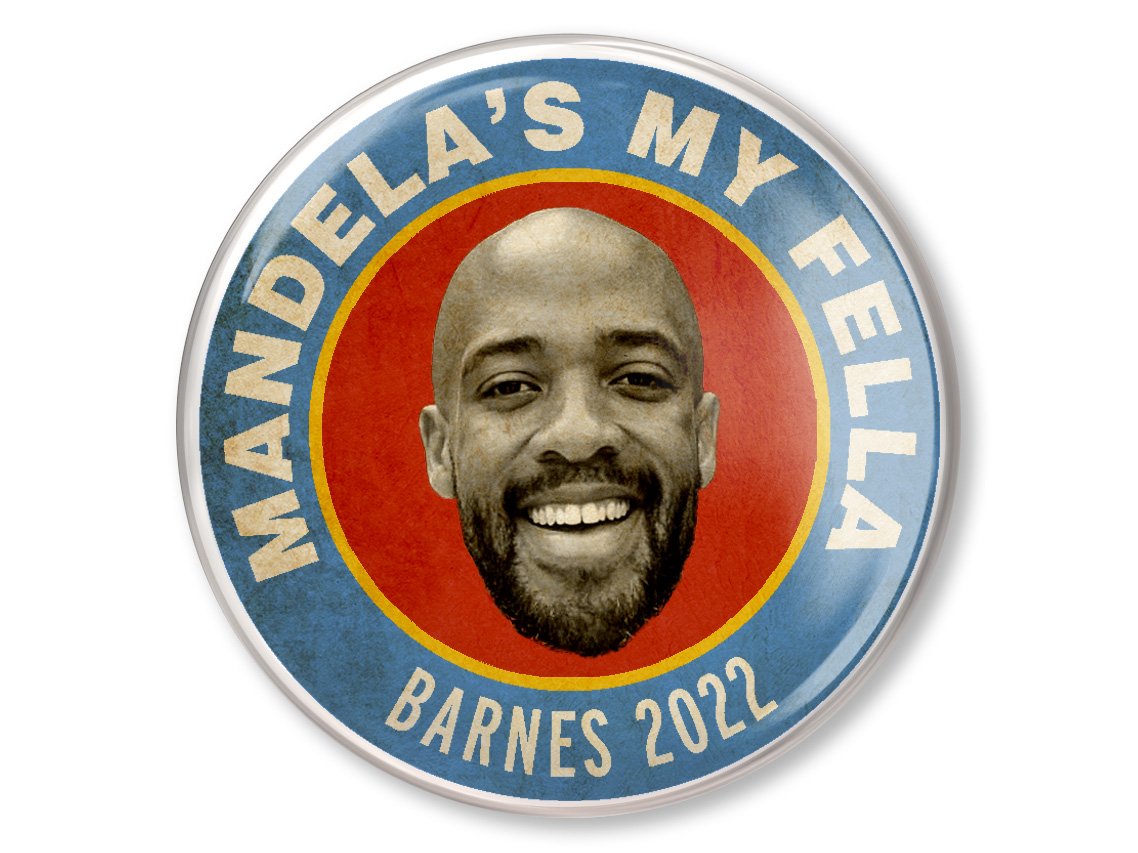 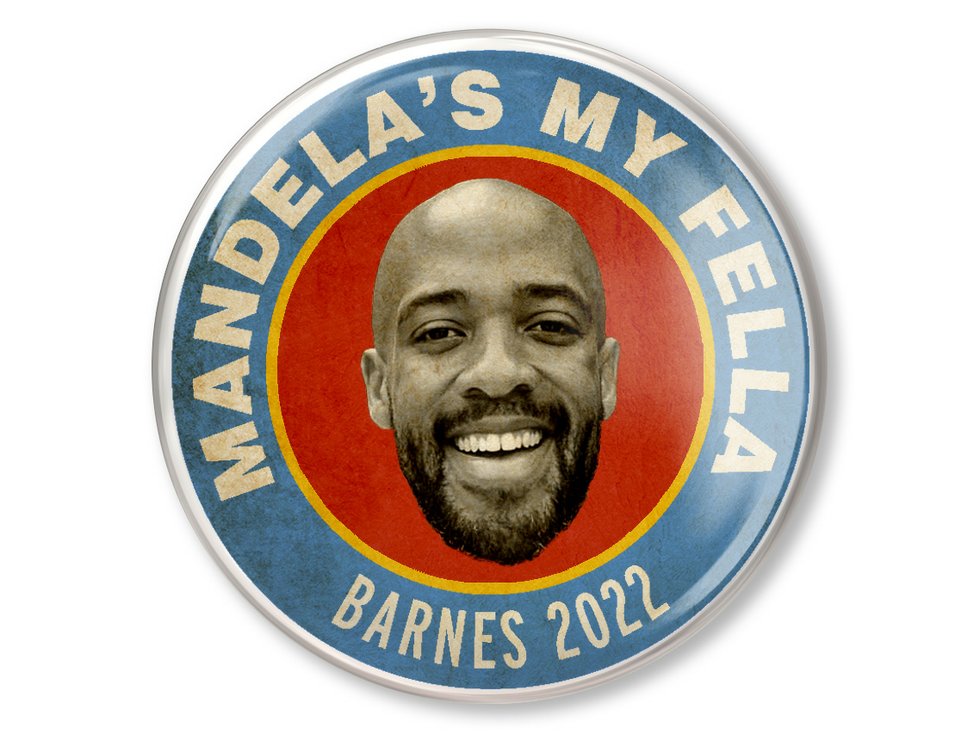 Lt. Gov. Mandela Barnes isn’t used to being the front-runner. When he was first elected to the Wisconsin Assembly in 2012 to represent Milwaukee, he bested a three-term incumbent Democrat who was supported by school voucher advocates. Barnes challenged another Democratic, Milwaukee state Sen. Lena Taylor, in 2016, and came up way short. But just two years later, he was part of the ticket that defeated Republican Gov. Scott Walker.

“I’ve only been an underdog,” Barnes tells Isthmus during a Zoom interview. “I don’t come from wealth. I don’t come from a politically connected family at all. So there’s nothing that I’m taking for granted.”

Whichever Democrat emerges from the Aug. 9 primary will likely be the underdog in the general election. But Barnes has consistently held onto front-runner status in the primary despite being outspent by some of his opponents, two of whom are able to substantially support self-finance their campaigns.

“I can’t write myself a check for this campaign. This is hard work reaching people where they are. But that’s what makes it more special. I would much rather have 1 million $1 supporters than one million-dollar supporter because this is about uplifting all of our communities,” says Barnes. “We’re building a people-power grassroots campaign with the excitement and the momentum to turn out voters in a tough year. I can say that my campaign is the only one doing that.”

Additionally, Barnes says he’s the strongest Democrat to compete against incumbent Republican Ron Johnson because of his time in state government and his lived experience growing up in a middle-class home in Milwaukee.

“People are sick of out-of-touch ultra-wealthy politicians. People who don’t understand what they’re going through. That’s the problem with the Senate right now. The Senate is so broken because most of the people there have not experienced a day in life in the shoes of the average person in this country. I have,” says Barnes. “Things like income inequality continue to bloom. Over the course of the pandemic, billionaire wealth increased an additional trillion and a half dollars and 7 million people found themselves in poverty for the first time. It wouldn’t be that way if we had more working class people in the U.S. Senate.”

Isthmus asked Barnes whether he was referring to Johnson, who is a millionaire, or one of his Democratic opponents, Alex Lasry and Sarah Godlewski, who are also wealthy.

“However it applies,” says Barnes, doubling down on the message. “We need more leaders in elected office…who truly understand the challenges that are being felt in neighborhoods, communities, households, all across Wisconsin.”

While lieutenant governor, Barnes has had some unforced errors that have made headlines and become fodder for press releases from the Republican Party of Wisconsin. He had $108 in unpaid parking tickets (now long since paid) that temporarily prevented him from renewing his car registration and he was five months late on his property taxes in 2018 (which also have been paid, along with a late fee.) In 2019, Isthmus first reported that Barnes had technically not graduated from Alabama A&M because of one incomplete class, a fact that Barnes didn’t lie about but also didn’t correct when others made that claim. Barnes voluntarily came clean on this saying it was a technicality he should have remedied years ago and in 2020 he officially received his diploma.

Privately, Democratic insiders (even one who is backing Barnes) worry about the Republican attack machine that will fully set its sights on Barnes if he’s the nominee. The Wisconsin GOP has already put up a billboard of Barnes holding — not wearing — a T-shirt that reads “Abolish ICE” and insinuating Barnes is soft on crime. On July 4, conservative talk show host Dan O’Donnell tweeted out a short video of Barnes making a speech in 2021 where the lieutenant governor says “the founding of the nation? Awful.” The post is being shared widely with criticism of Barnes’ lack of patriotism.

“Painting the lieutenant governor’s comment as anything other than a condemnation of slavery is a sad GOP attempt to distract from Ron Johnson trying to literally overthrow the government of this country and strip reproductive rights from millions of Americans,” Barnes spokeswoman Maddy McDaniel told the Milwaukee Journal-Sentinel.

During an Isthmus interview in 2019, the candidate accused Republicans of using “a tried and true strategy: racism” and said “they don’t challenge me on my policy positions, ever.” Three years later, Barnes tells Isthmus he’s been through the political ringer and is still standing.

“I didn’t get here by accident. It was hard work. It was grit and determination,” says Barnes. “It’s not an accident that I have a lead in the polls. It’s because of the decade that I’ve spent building trust and credibility.”

Ultimately, Barnes thinks the 2022 U.S. Senate race will come down to a big turnout.

“We deserve a senator who understands our struggles, somebody who gets it firsthand…. I’m able to connect with people in every corner of Wisconsin because even though our lives may look a little bit different, our struggles are the same. But also our hopes and dreams,” says Barnes. “This is a race that will come down to authenticity, who can connect with voters the most. Who can speak to the issues that people are dealing with on a daily basis. I’ll tell you, it’s not about red or blue, or rural versus urban.”

Barnes says his focus for this race is “how we help working people in Wisconsin.”

“The people that Ron Johnson left behind while he delivered $200 million in tax breaks to his megadonors and at the same time saying that we don’t need good jobs in Wisconsin,” says Barnes. “I don’t know how much more disconnected a person can be.”

See all of our interviews with the Democratic Senate candidates at isthmus.com/election2022.