Manchin is soon going to have to decide: Keep the filibuster or advance Biden’s agenda 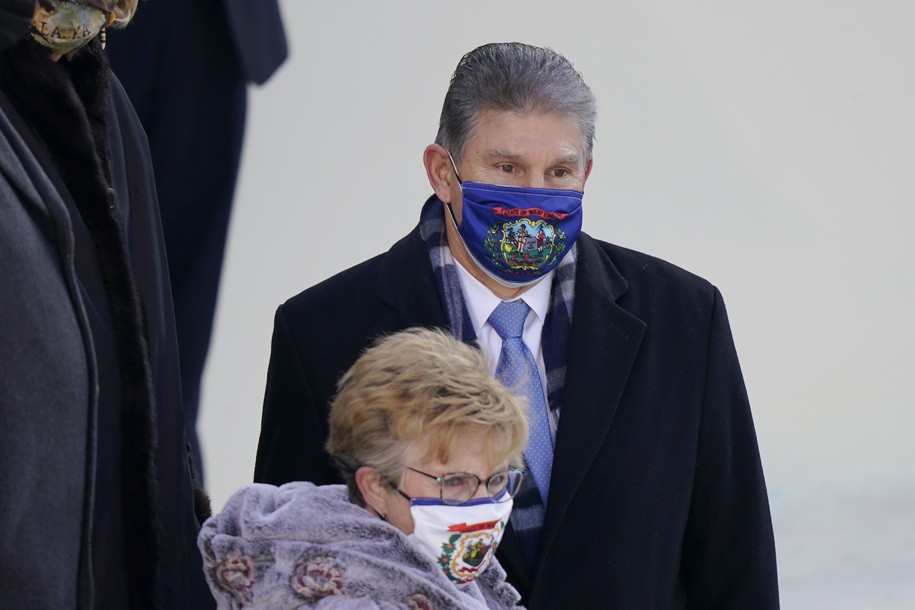 Manchin, by the way, has consumed all the oxygen post-coronavirus relief bill after he held up a final vote on the bill for a full day while forcing Democrats to feed his ego. What Sinema wants out of all this—or what she’ll demand—hasn’t been pursued.

If it’s not infrastructure, it could be gun background checks. The House passed two gun bills, one implementing universal background checks and another that closes the so-called “Charleston loophole” that eliminates the three-day limit on those FBI background checks, extending it to 10 days. Manchin co-sponsored a background checks bill with retiring Republican Sen. Pat Toomey following the 2012 Sandy Hook massacre of school children in Newtown, Connecticut. A Republican filibuster ended that effort despite the fact that a bipartisan majority of 54 senators supported it. Senate Majority Leader Chuck Schumer vowed to bring the House bills passed this week to the Senate floor. “Maybe we will get the votes, and if we don’t, we’ll come together as a caucus and figure out how we’re going to get this done, because we have to get it done,” Schumer said.

So there are two key pieces of legislation that go right to the heart of what Joe Manchin might feel he needs. Certainly, his home state of West Virginia is crying out for infrastructure investment as coal jobs are becoming extinct. If he wants maximum influence for his state, he might consider not taking such an intractable stance on the filibuster. By the same token, he put a lot of political capital into negotiating for his background checks bill, and would surely like to see it succeed.

If Manchin’s own self-aggrandizement isn’t enough to get him to relent, maybe, just maybe, he could be convinced to do the right thing because it’s the right thing and not doing so would align him and his legacy with white supremacists for all of history. The For the People Act passed by the House, in combination with the John Lewis Voting Rights Advancement Act championed by President Biden’s great friend from South Carolina, Rep. Jim Clyburn, will be filibustered by Republicans. The only way Republicans can continue to dominate politically in the minority position in which they’ve found themselves is to cheat millions of people out of their votes. They aren’t going to let any democratic elections reform pass if they can stop them.

Consider the hundreds—yes, more than 250—of voting restrictions the large majority of states (43 of them) are considering or have already passed this year. It’s “potentially amounting to the most sweeping contraction of ballot access in the United States since the end of Reconstruction, when Southern states curtailed the voting rights of formerly enslaved Black men, a Washington Post analysis has found.” With the U.S. Supreme Court poised to gut what’s left the Voting Rights Act, without congressional action this nation’s experiment in representative democracy will end. That would be precipitated by what Democratic Sen. Jeff Merkley warns of: a “Democratic Party Armageddon in 2022.”

One option for avoiding that while still preserving the filibuster for most stuff would be an option Stacey Abrams is now championing. “Republicans are rolling back the clock on voting rights,” she told Mother Jones’ Ari Berman. “And the only way to head that off is to invoke the elections clause of the Constitution, which allows the Congress—and the Congress alone—to set the time, place and manner of elections at a federal level.” To accomplish that legislatively, Abrams and others have advised, put voting rights in the category of judges and Cabinet appointees and budget reconciliation so that only 51 votes would be needed.

“The judicial appointment exception, the Cabinet appointment exception, the budget reconciliation exception, are all grounded in this idea that these are constitutionally prescribed responsibilities that should not be thwarted by minority imposition,” she says. “And we should add to it the right to protect democracy. It is a foundational principle in our country. And it is an explicit role and responsibility accorded only to Congress in the elections clause in the Constitution.”

“This isn’t about retribution or revenge,” Abrams says. “This is about protection of the fundamentals of our nation, that if we do not protect the participation of voters in our election system, if we do not permit states to do what they must to protect their voters, then we will find ourselves losing our democratic values, losing our democracy. And so I would say to Democrats who are hesitant that short of completely revising the filibuster, we have to make certain that a minority of people cannot be in power in the Senate, and therefore deny the basic principles of citizenship to millions of Americans.”

If all of that isn’t compelling enough to get Manchin (and Sinema) to relent and finally agree to reform the filibuster in a meaningful way (if not outright abolish it), then maybe the pressure will have to come directly from the president. Not that he’s there yet, but it’s coming. As of now, President Biden’s “preference preference is not to make changes to the filibuster rules” according to White House Press Secretary Jen Psaki. Even for democracy. “He believes that voting rights and access to voting, ensuring it’s easier for the American people is enough of a huge priority and should be for everyone. That is why he signed some executive orders, used the power of the presidency to do that this weekend, and he is hopeful Democrats and Republicans can work together to get that done.”

Of course, his “preference” on $1.9 trillion COVID-19 relief was for Democrats and Republicans to work together, but that was never going to happen so he readily signed off on using budget reconciliation, which requires just a simple majority vote, to do it. The ground work for Biden to “evolve” in his thinking on the filibuster was actually laid last summer, when he told reporters filibuster reform would “depend on how obstreperous they [Republicans] become,” leaving open the possibility that Republicans weren’t going to be his friend. “I think you’re going to just have to take a look at it,” he added.

Biden can work his way around to supporting filibuster reform or abolition when he needs to, when Republicans once again obviously block his critical agenda. He’s getting some help in that direction from old friends like AFL-CIO President Richard Trumka. The AFL-CIO executive council is very publicly debating whether or not to call for abolishing the filibuster, which basically exposes its position: abolish the filibuster. “I don’t want to hear, ‘Oh my, we don’t have 60 votes, woe is we,’” AFL-CIO President Richard Trumka told Politico last week. “Figure out a way to do it. Let’s figure out a way to do it.”

The reality is, leaving the filibuster unchanged is untenable. Very little of the remainder of Biden’s critical agenda can be achieved by budget reconciliation. There’s too much at stake for Biden to allow Manchin, Sinema, and whoever else might feel the need to grandstand on “bipartisanship” for very much longer.