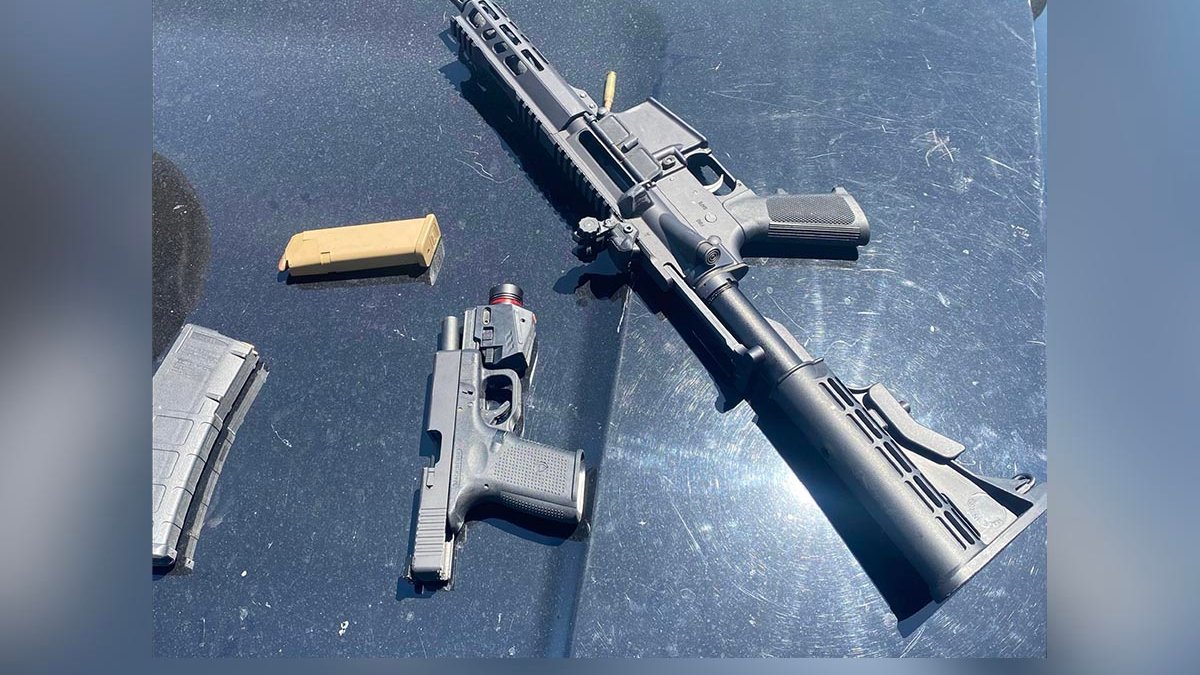 A 20-year-old man armed with a semi-automatic rifle and handgun was arrested after stealing food from a Southern California Little Caesars.

Officers responded to the pizza restaurant in the 600 block of West Holt Boulevard in Ontario after receiving reports of a man with a firearm. Witnesses said the man was inside the restaurant and displaying the firearm in the waistband of his pants.

“As officers arrived on scene, the suspect exited the location in possession of stolen food items and a large rifle seen in his shirt,” police said in a statement.

Officers told him to raise his hands and deployed a stun gun when he refused to comply. The man was taken into custody.

No injuries were reported.

“The officers who responded to the call demonstrated exemplary composure while dealing with a high stress situation involving a dangerous suspect in possession of multiple firearms,” police said in a statement.

The Ontario man had what police described as an AR-15 style rifle and 9mm polymer handgun. He was arrested on suspicion of robbery and firearm charges.

Ontario is about 40 miles east of Los Angeles.