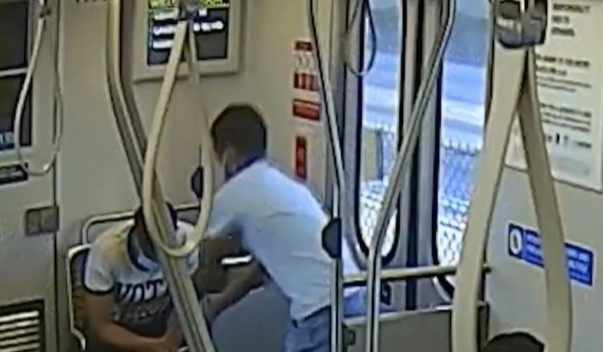 Police are looking for a man wanted in connection with a robbery and stabbing caught on camera at a South Los Angeles area Metro station.

On Feb. 12, police responded to a call of assault with a deadly weapon on the Metro Green Line.

Detectives obtained surveillance video that showed a man riding the train and being robbed by another passenger. The video shows the robber grabbing the passenger’s phone as the train was arriving to a stop, then running onto the platform once the train stopped.

The passenger then ran after the robber and they scuffled on the platform. The victim was stabbed at some point.

He was later hospitalized with non-life-threatening injuries.

A detailed description of the robber was not immediately available.