Man Lights Himself on Fire in Front of the Supreme Court 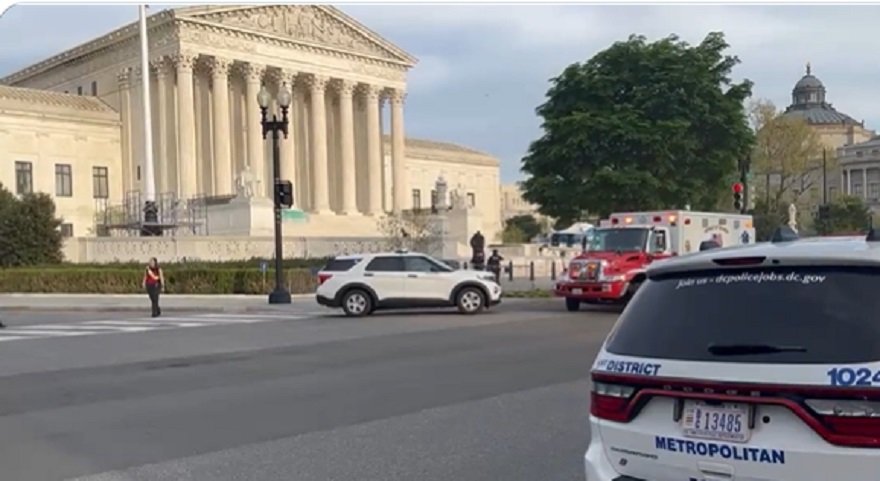 A man lit himself on fire on the plaza in front of the Supreme Court on Friday evening.

Self-immolation is typically an extreme form of protest, but the motivation of the individual is not currently known.

The Supreme Court Police said that the man was airlifted to a hospital for treatment around 6:30 p.m., but further details of their condition or identity have not yet been made public.

Park Service helicopter lands on steps of Supreme Court after man tries to set himself on fire pic.twitter.com/jVEsgvEyas

Park Service helicopter just air lifted man to the hospital who tried to set himself on fire on the Supreme Court steps. Copter flies by the Capitol pic.twitter.com/HZp6531S7w

The area around the Supreme Court was closed for an active investigation around 8 p.m. local time, but law enforcement said that there was no threat to the public.

A man lit himself on fire outside of Trump Hotel in DC in 2017 to protest the election of President Donald Trump.

“I was trying to light myself on fire as an act of protest,” the man told NBC News at the time. ” Protesting the fact that we’ve elected someone who is completely incapable of respecting the Constitution of the United States.”

In 2019, a man died after lighting himself on fire outside of the White House.

A law enforcement source told the Gateway Pundit at the time that the man suffered from mental health issues and had previously expressed suicidal ideations. They said that it did not seem to be an act of protest.

A man in an electric scooter also lit himself on fire outside the White House the month before, but survived.