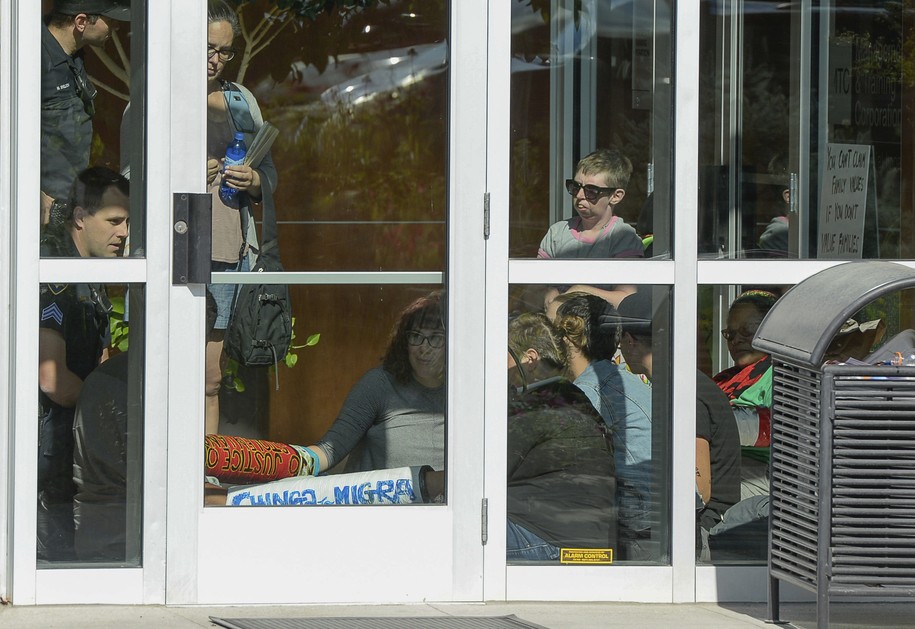 “Murillo was incarcerated in solitary confinement for 14 months beginning on December 13, 2019, at the Imperial Regional Detention Facility, where he spent 23 hours a day alone—a form of torture that was devastating to both his physical and psychological wellbeing,” the statement said. “The United Nations special rapporteur on torture, Juan E. Méndez, deemed that prolonged solitary confinement is a form of torture, and the UN’s Mandela Rules dictate that it should never be used with youth and those with mental or physical disability or illness, or for anyone for more than 15 days,” Vox reported in 2019.

“Here, Mr. Murillo was held for over a year,” the lawsuit said—and his detention in solitary began through trickery by Management and Training Corporation (MTC), the private prison profiteer running Imperial.

“Upon Mr. Murillo’s arrival at Imperial, an MTC employee gave Mr. Murillo a choice regarding where he wanted to be housed: general population or protective custody,” the lawsuit stated. “The MTC employee told Mr. Murillo that general population was dangerous and that he would be safer in protective custody.” The lawsuit states that Murrillo is a U.S. citizen though his military veteran dad, but had been unable to produce documents proving it. “Mr. Murillo, grateful for the advice and confident that his citizenship status would soon be sorted out, accepted the offer of protection. He was completely unprepared for what this ‘protection’ entailed.”

“What followed was a Kafkaesque nightmare of isolation, abuse, and callous disregard for Mr. Murillo’s physical and mental health,” Braun Hagey & Borden LLP, UCLA School of Law’s Human Rights Litigation Clinic, the California Collaborative for Immigrant Justice, and the Lawyers’ Committee for Civil Rights of the San Francisco Bay Area continued. “Detainees in administrative segregation spend twenty-three hours a day alone in a cell. Their access to the yard, the library, other detainees, and even the showers is severely limited or nonexistent. Mr. Murillo was not informed of these restrictive conditions before he agreed to ‘protective custody.’”

Murillo is now suing MTC under AB 3228, a first-of-its-kind bill signed by Gov. Gavin Newsom last year that went into effect this past January. “California is home to five civil detention facilities used to detain immigrants. As it stands the total number of individuals detained in this state is set to expand to 7,200 this year,” Immigrant Defense Advocates said last year. “Four out of five of these facilities are operated by private for-profit corporations, holding an estimated 90% of the detained population. These facilities lack transparency, accountability and a system to enforce uniform detention standards.”

And, unfortunately, not shrinking in use by the federal government. While the president’s criminal justice reform platform pledged his administration would “make clear that the federal government should not use private facilities for any detention, including detention of undocumented immigrants,” a former Bureau of Prisons jail in Pennsylvania is set to reopen as a private immigration detention facility.

”There are many people inside detention that don’t speak English and are consistently taken advantage of because of this,” Murrillo continued. “I saw it with my own eyes. If my rights were violated, even as an English speaker, imagine what happens to those who don’t speak English: coercion, retaliation, bullying, you name it. It shouldn’t take being harmed by incarceration for us to care. We must have compassion and empathy for others and know that we should not stand by and watch these corporations make millions of dollars by violating a person’s human rights.”

The state of American Politics in a Global Pandemic