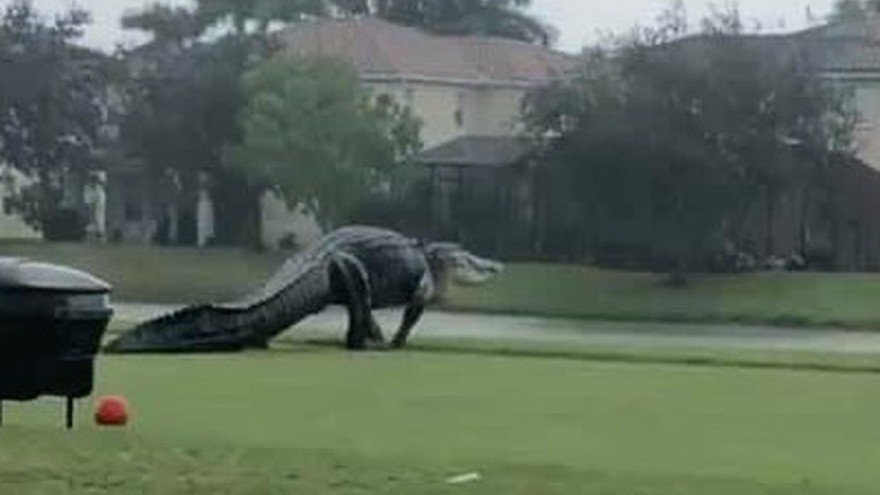 This weekend, a man was killed after being attacked and dragged into a pond in South Carolina by an 11-foot alligator, officials said.

According to a statement on Facebook on Saturday, the colossal reptile “took a hold of a neighbor who was near the edge of a retention pond and retreated” back into the water in a golf and yacht club community in Myrtle Beach, the Horry County Police Department Department said. The alligator was later caught by wildlife officials and euthanized on the scene, according to the police statement.

The man’s body, whose identity was not revealed, was recovered from the pond.

“Our hearts go out to the family and community members impacted by this tragic incident,” police officials added in its statement.

An investigation is continuing.

Last month, a neighbor in the same Myrtle Beach community posted a photo on Twitter of three large alligators behind his condo.

Hey @alligatoradvntr, found your next exhibits behind my condo in Myrtle Beach Golf and Yacht. There are 3 of them in this picture. pic.twitter.com/qOBwM98uFG

South Carolina’s tragic event is not the only recent death from the enormous reptiles attacking humans.

A 47-year-old man hunting for golf discs was found dead in Florida last month after a suspected alligator attack in the waters of John S. Taylor Park in Largo.

However, it’s rare for humans to be attacked by alligators. Corbin Maxey, an alligator expert, says, “When alligators do attack humans or bite them, it’s mainly by mistake, and then usually they’ll let go, ’cause they’ll realize, ah, this isn’t a deer, this isn’t a raccoon, this is foreign object, this is not something that I would want to eat.”