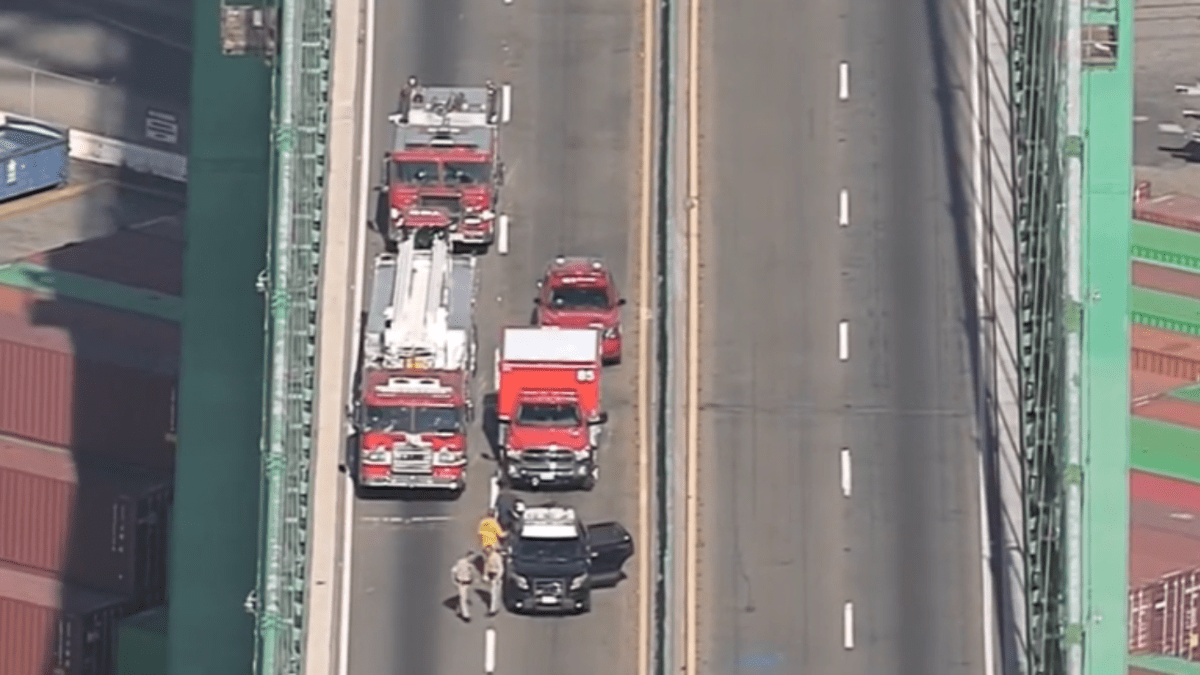 A man who reportedly was armed and climbed to the top of Vincent Thomas Bridge in San Pedro on Sunday has come down and has been transported to a hospital in unknown condition.

The drama on the bridge began around 1 p.m., when the man pulled his vehicle to the side and started climbing onto the bridge, according to the California Highway Patrol.

Law enforcement agencies were in contact with the man, who had a phone with him, the Los Angeles Daily News reported.

There was no immediate word on whether the man actually had a weapon on him.

Law enforcement officials temporarily shut down bridge traffic in both directions because of the gun report.

The man was transported to a hospital by paramedics, according to Los Angeles Fire Department spokesman Nicholas Prange. His current condition was unknown.