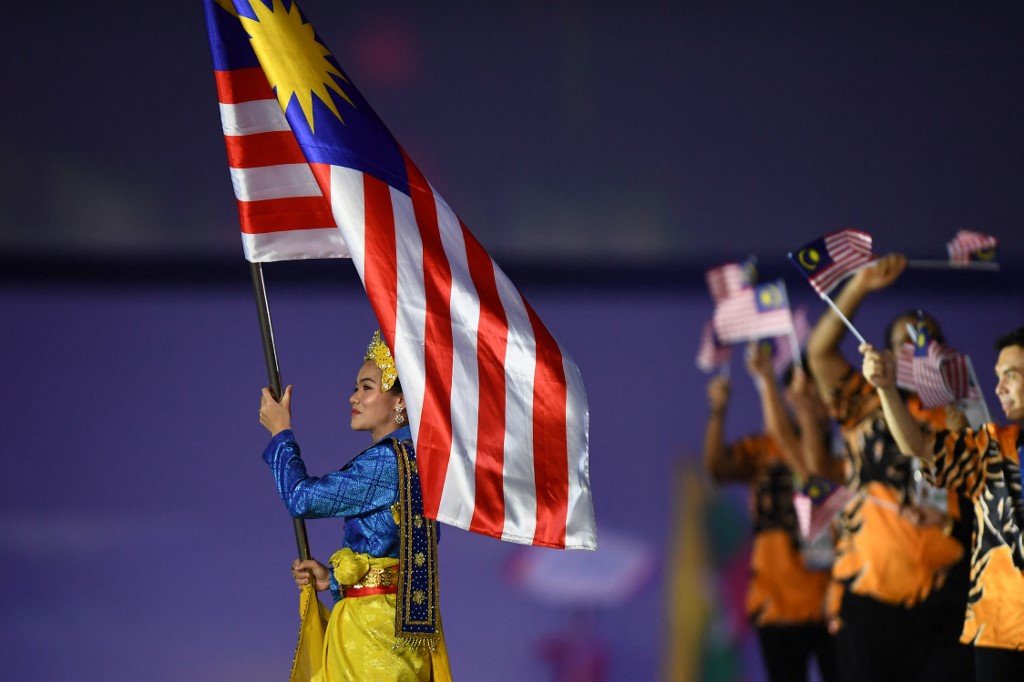 Malaysia’s flagbearer holds the national flag during the opening ceremony of the 31st Southeast Asian Games (SEA Games) at the My Dinh National Stadium in Hanoi on May 12, 2022. (Photo by Nhac NGUYEN / AFP)

A government minister says that “all Malaysians are disappointed” with what is threatening to be the country’s lowest placing at the SEA Games in nearly 40 years.

Traditionally a regional power, sports minister Ahmad Faizal Azumu sounded the alarm despite Malaysian athletes on Friday reaching the country’s target of 36 golds with two days of competition to go.

But Malaysia languished sixth in the medals table as of Saturday morning, with hosts Vietnam way out in front with 167 golds, followed by Thailand, Indonesia, Singapore and Philippines.

“All Malaysians are disappointed because we are not at a higher position,” Ahmad said at the Games on Friday, according to state news agency Bernama.

“We should not be contented with our sixth position at the Games.”

Malaysia is usually in the regional top five and the last time it settled for sixth was in 1983, when only eight nations took part, compared to the current 11.

It comes with Malaysia set to compete at the Commonwealth Games in Birmingham, England in July-August, while the Asian Games later this year in China have been indefinitely postponed.

“The exposure gained at the SEA Games is crucial for us to achieve more success in other multi-sport Games like the Commonwealth Games and Asiad,” said Ahmad.

It also cut down its full-time number of athletes from 432 to 288, months after a poor Tokyo Olympics showing of one silver and one bronze.

Malaysia made a strong start at the SEA Games, winning all eight golds in diving, with the rest of the medals scattered across other sports.

The country’s last possible hope for more medals may rest in badminton, one of the few sports it does well in internationally, with semi-finals and finals over the next two days.