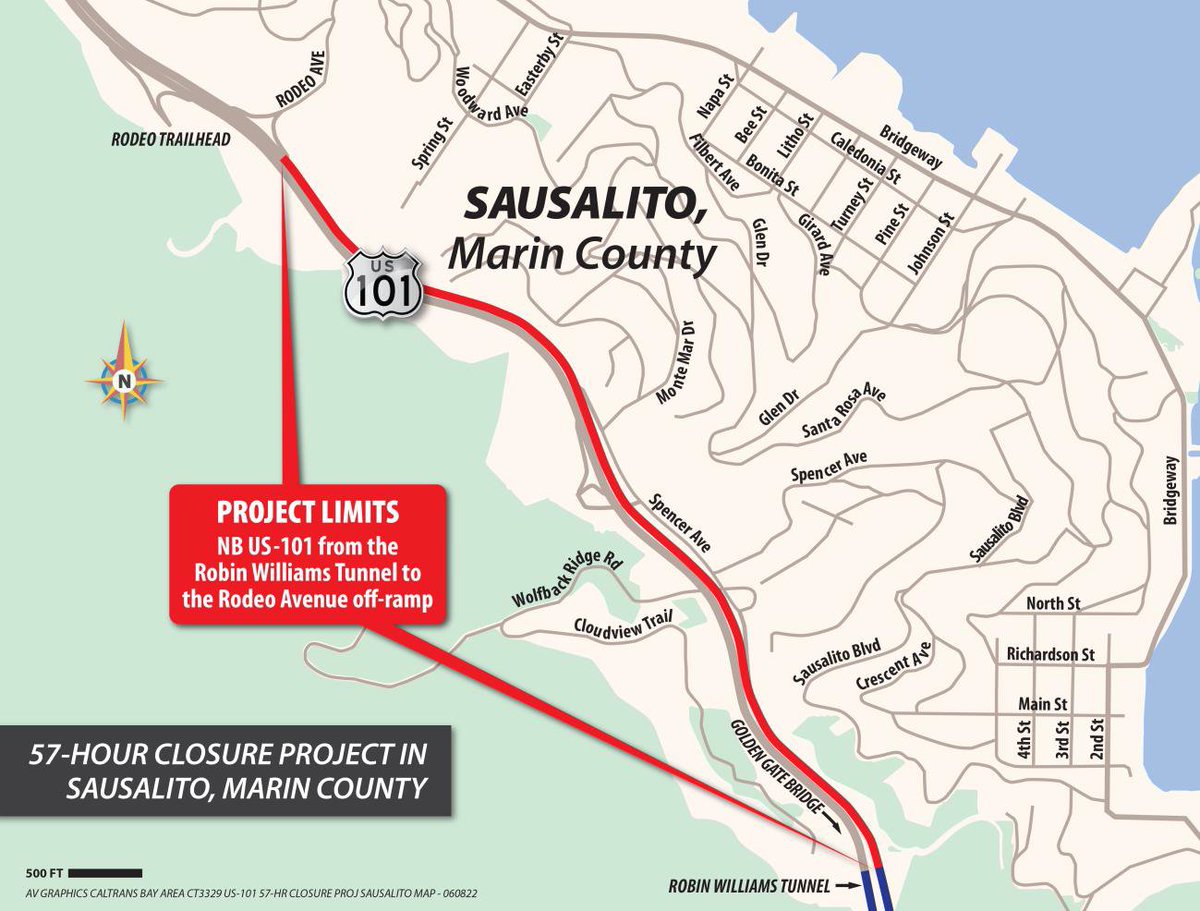 A full two lanes of a four-lane stretch on northbound Highway 101 in California’s Marin County will be closed for 57 hours, from 10 p.m., Friday, July 8, to 7 a.m., Monday, July 11, for repairs, officials said.

Caltrans said drivers traveling from San Francisco to Marin should be prepared for delays of 30 to 60 minutes and use alternates to the Golden Gate Bridge such as the Oakland-San Francisco Bay Bridge and the Richmond-San Rafael Bridge.

The closure will run just north of the Robin Williams Tunnel to the Rodeo Avenue off-ramp in Sausalito. No on- or off-ramps will be closed, Caltrans said.

During the closure, workers will replace a damaged drainage system and repave roadway in the No. 1 lane. The project was originally scheduled for the weekend of June 24 but got bumped two weeks.

You can get real-time traffic updates from Caltrans at quickmap.dot.ca.gov.