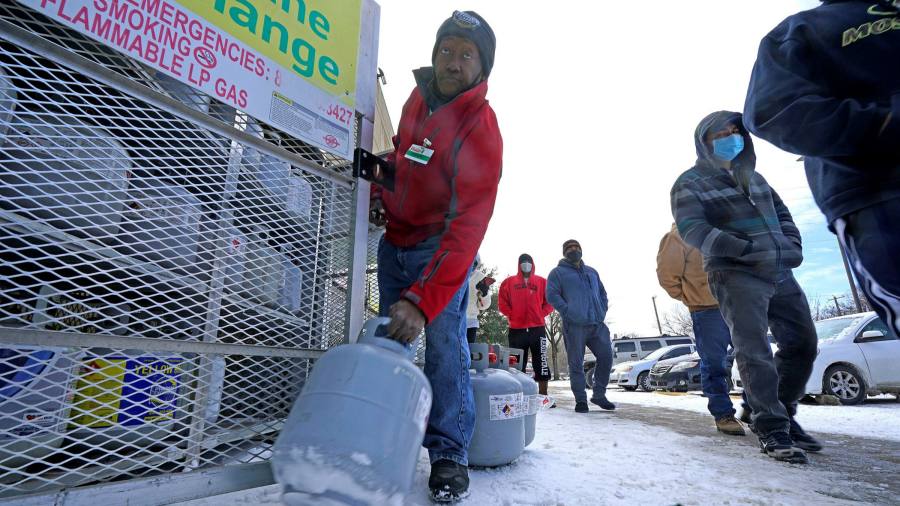 Macquarie Group has emerged as a beneficiary of the deep freeze that led to blackouts and soaring energy prices in Texas and the central US last week, forecasting a A$300m boost to profits on a surge in demand for its natural gas shipping business.

The Australian company is one of the biggest traders of natural gas and electric power in the US, transmitting gas on about 80 per cent of major pipelines across the country.

Access to pipelines has proved valuable as frigid conditions have stymied gas production and sparked a scramble to obtain fuel for home furnaces and power generation.

Macquarie on Monday said it expects full-year profit to rise 5-10 per cent in the year ending in March from the previous 12 months as a result of the “extreme winter weather conditions”.

On Sunday, with concerns about defaults growing, the Public Utility Commission of Texas ordered the state grid operator to use discretion on deadlines for settlements, collateral obligations and payments for the wholesale electricity market, where a record $50bn of transactions took place last week.

Macquarie along with BP, Royal Dutch Shell and French utility EDF, is among the big energy traders that give electricity retailers access to the Texas wholesale market. Macquarie also has an investment in Griddy Energy, a retailer whose floating-rate customers received skyrocketing electric bills if their power stayed on last week.

The market mayhem has had a big impact on energy companies. Atmos Energy, a Dallas-based utility company, disclosed that it made $2.5bn-$3.5bn of natural gas purchases in Colorado, Kansas and Texas in the week to February 19 as it “experienced unforeseeable and unprecedented market pricing for gas costs”.

Comstock Resources, a gas producer owned by Jerry Jones, the billionaire owner of the Dallas Cowboys American football team, drew fire last week when its chief financial officer said the surging gas price was “like hitting the jackpot”. At one gas trading hub in Oklahoma, prices rose from around $3 per million British thermal units to nearly $1,000 per MBtu.

Macquarie is the second-largest natural gas marketer in North America, shipping over 10bn cubic feet a day, according to Natural Gas Intelligence. The cold weather significantly increased short-term client demand for its capabilities in maintaining physical supply in relation to gas and power, Macquarie said. It declined to comment on its pricing policies during the winter storms.

The Australian group’s upgrade to forecast earnings came two weeks after it guided that 2021 full-year after-tax profit would be “slightly down” on the A$2.73bn (US$2.15bn) it reported in 2020. Shares in Macquarie rose as much as 4.3 per cent on Monday morning in Sydney.