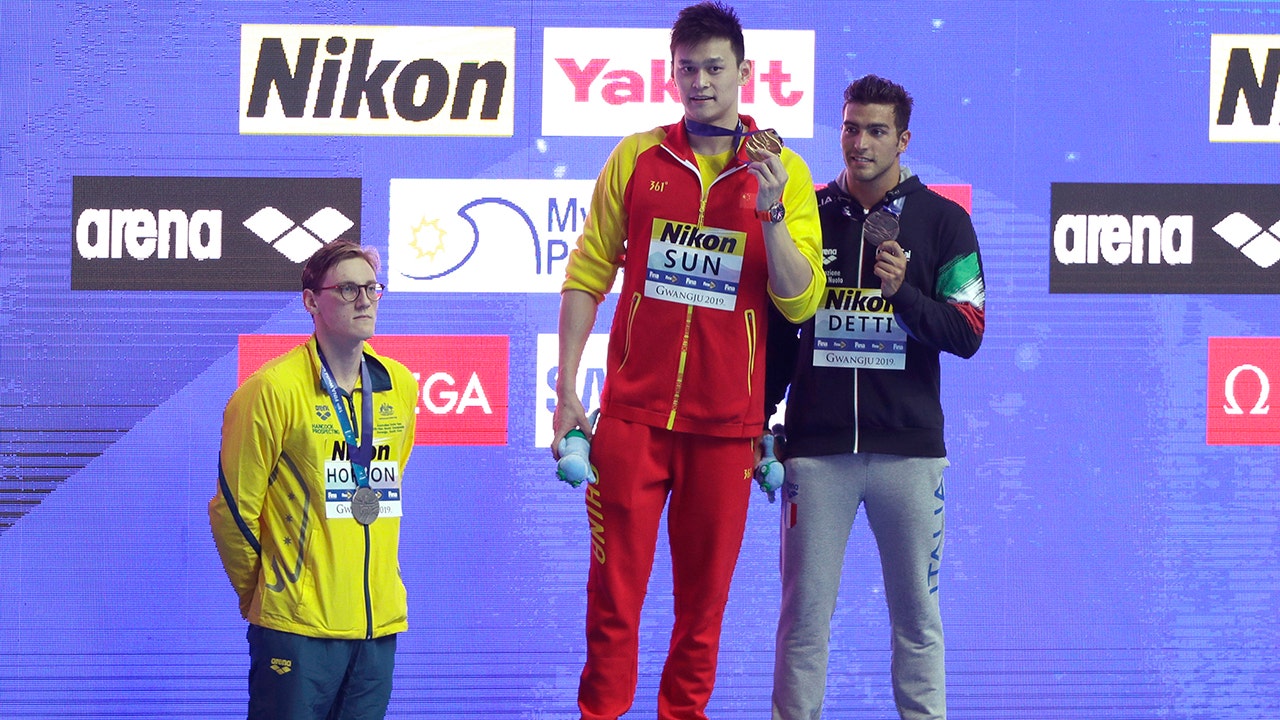 Two years after his controversial podium move at the world swimming championships, Australian Mack Horton still can’t seem to shake off questions about the guy he intended to snub.

Horton refused to stand on the podium next to Sun Yang at Gwangju, South Korea in 2019 after the Chinese swimmer won his fourth consecutive 400-meter world championship gold medal. Horton placed second, taking silver in a reversal of their Olympic final in 2016 when the Australian won gold.

That followed Horton branding him a “drug cheat” at Rio in 2016.

Questions about Sun persist as Horton prepares for the Tokyo Olympics in late July.

“It bothers me when I keep getting asked about it,” Horton said Thursday. “I don’t really think about it to be honest. We haven’t qualified. There is so much focus on just trying to make the team, there is no mental capacity for all that peripheral stuff.”

Whether Sun will be allowed to compete in Tokyo will be determined by the Court of Arbitration for Sport (CAS) later this month. CAS last year suspended Sun for eight years for refusing to give samples during a surprise doping test, where a vial of his blood was smashed with a hammer.

But the Federal Supreme Court of Switzerland in December ordered a retrial, saying “doubts as to the impartiality of an arbitrator were objectively justified” after a CAS judge, Italian Franco Frattini, had made anti-Chinese posts on social media.

Frattini has been barred from ruling on Sun’s re-trial scheduled for May 24-28, just two months before the Tokyo Olympics are scheduled to begin.

Horton ranked 35th in the 200-meter freestyle, seventh in the 800 freestyle and then withdrew from his pet event over 400 meters.

“It’s really reflective probably of what I can do in training,” Horton said. “It doesn’t really phase me.”

“I’m just trying to swim as fast as I can and trials is a high-pressure environment,” he said. “Everyone wants to get through that and then it’s just a refocus for the Olympics.

“With trials being closer to the Olympics as well, the pressure builds because there is already so much focus already on the Olympics, particularly with the media.”

U.S. child care system is heading for catastrophe, and the economic damage could be widespread