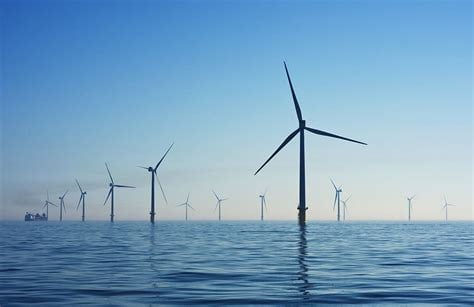 The Louisiana legislature is pushing forward with a windmill proposal that many locals have major concerns with.

Local citizens are becoming aware of legislation in the works for offshore windmills in the state and they don’t like it.

House Bill 165 is currently pending in the Louisiana legislature. The bill is co-authored by Houma and Lafourche Representatives Joseph Orgeron and Jerome Zeringue. It appears the bill has already passed the House and has been referred to the Senate, where it will first be considered by the Senate Committee on Natural Resources. If it survives there, will move to a full vote in the Senate.

It would allocate up to 25,000 acres of Louisiana offshore waters to be leased from the State by private, green energy companies to manufacture and build windmill turbines as an alternative to coal and natural gas production. The first red flag in the bill is that it removes all legislative oversight and places plenary authority in the State Mineral and Energy Board to award any lease if it deems, in its sole discretion, that the lease is in Louisiana’s best interest. Why would the bill vest this enormous power in any board while removing traditional legislative oversight and accountability? Any objective observer would necessarily be suspicious of such a provision.

The bill also removes the traditional requirement that a minimum dollar amount and minimum percentage of revenue to be produced be advertised by the board as a minimum requirement for granting the lease. No legislative oversight, and no requirement of minimal revenue creation. What could possibly go wrong here?

Another fatal flaw with HB 165 is that neither Zeringue nor Orgeron has apparently studied the history of similar misguided efforts to supply energy needs through the use of offshore wind turbines. If they had, they would know that offshore wind power is not even remotely viable in reliably providing even a small percentage of our energy needs in a consistent, cost effective and environmentally sustainable manner.

The article goes on to explain that other offshore windmills projects have not been very fruitful in producing energy.  They have been failures.  Projects in Rhode Island and Germany have been total failures.  The costs are huge and the fact that the wind turbines must be replaced every 15-20 years.

The costs, including energy costs, of developing wind turbines are high.  Also, where are these turbines made?  Are these made in China?  Why would US state governments want to support China?  Louisiana is full of energy with oil rigs in the Gulf.

Finally, it looks like one of the individuals behind the bill is involved in the business of the transportation of wind turbines to offshore locations.

It looks like the project proposed in Louisiana needs more work.