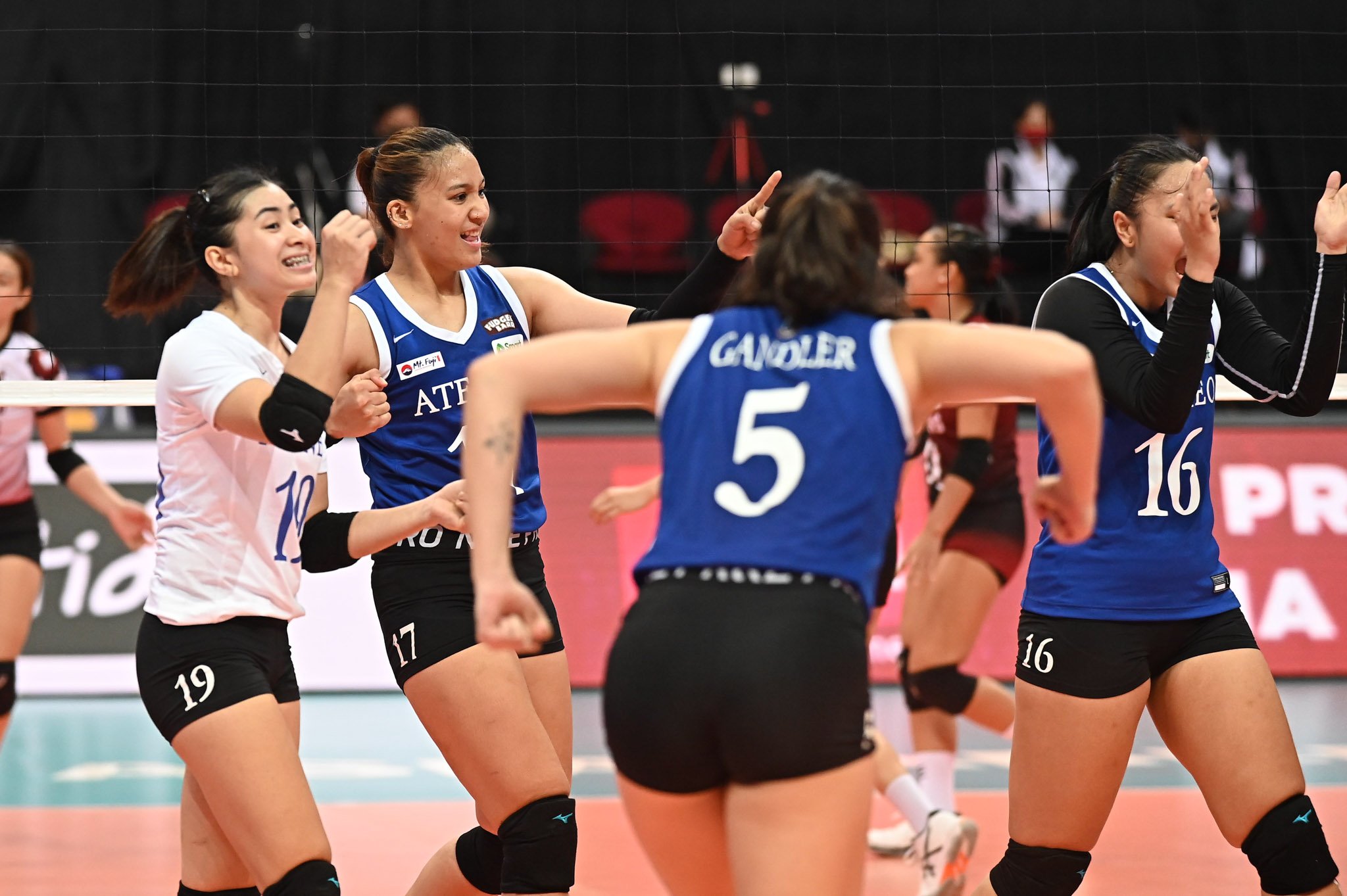 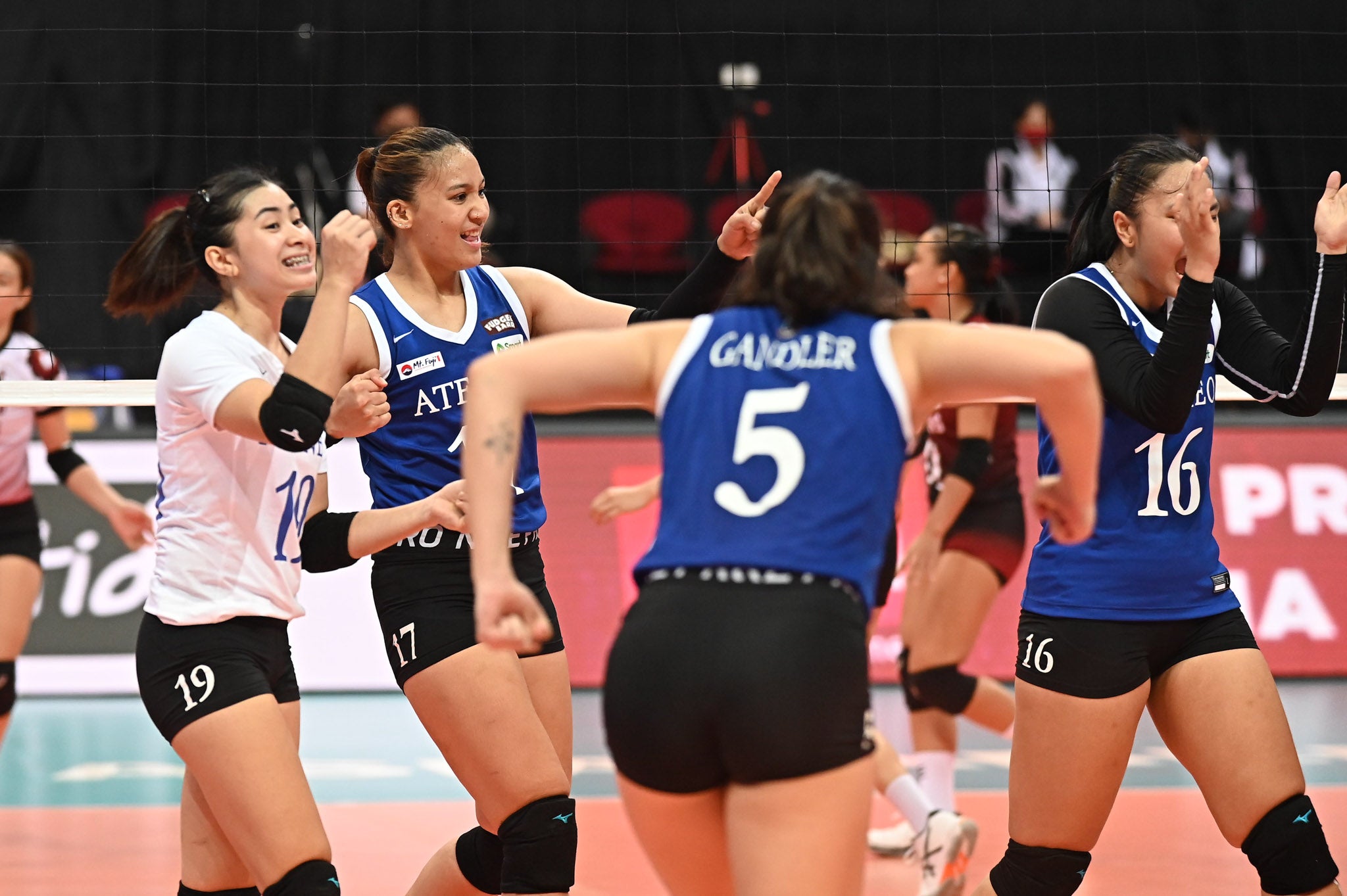 Ateneo Blue Eagles celebrate during a game against the UP Fighting Maroons in the UAAP Season 84 women’s volleyball tournament at Mall of Asia Arena. UAAP PHOTO

MANILA, Philippines—Ateneo made sure to avenge its men’s basketball counterpart after making swift work of University of the Philippines, 25-23, 25-18, 25-18, in the UAAP Season 84 women’s volleyball tournament Saturday at Mall of Asia Arena.

Ateneo found redemption of sorts less than 24 hours after the Blue Eagles were dethroned by the Fighting Maroons in heartbreaking fashion in the men’s basketball finals.

“Of course, after the (basketball) game last night, we have a game against UP, Ateneo wanted to bounce back right away,” Ateneo head coach Oliver Almadro, whose squad has now won two in a row after a 0-3 start.

Faith Nisperos dropped 16 points on 14 attacks and two blocks along with seven excellent receptions while Vanie Gandler added 12 points, all of which came from attacks, laced with four excellent digs.

“I’m happy with how my players played today. They were able to follow instructions, strategies, and game plan for today and it’s a big factor when the players are slowly getting there,” Almadro said.

“We might have a slow start but I hope we gained momentum in this game going to our next game so this is big for us and I’m so happy with the intensity that the players showed and with their confidence today,” he added.

Jewel Encarnacion led UP, which dropped back-to-back games after winning its first three, with 13 points and five excellent receptions while Alyssa Bertolano had 12 points.