Long-read sequencing is method of the year 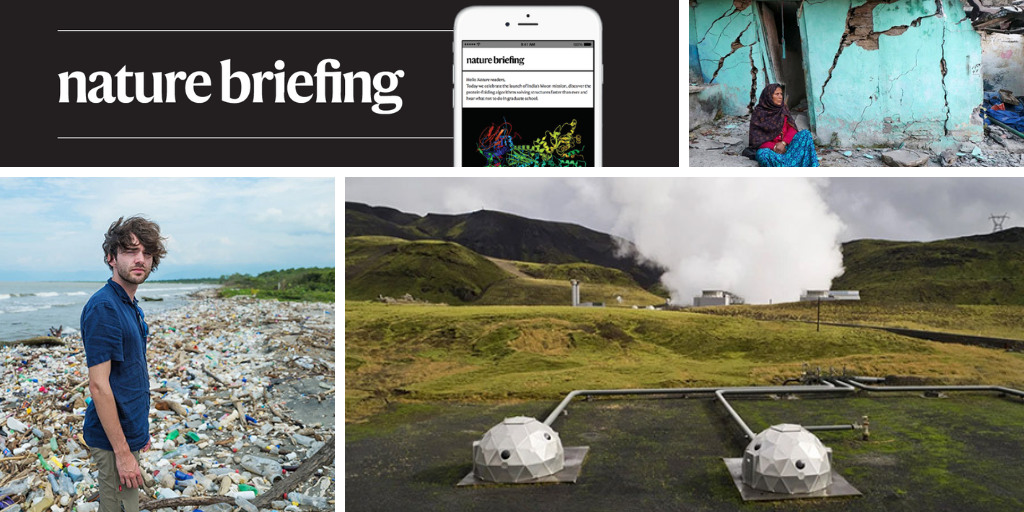 More than 2 billion tonnes of carbon dioxide are being removed from the atmosphere each year — more than Russia’s annual output. But this won’t be enough to achieve the Paris climate agreement goal of limiting global warming to less than 2 ℃ above pre-industrial temperatures, even with government pledges to ramp up carbon capture. Almost all current carbon dioxide removal relies on natural processes — restoring damaged forests, for example. Only about 0.1% of carbon removal is performed by new technologies, such as ‘direct air capture’, which extracts carbon dioxide from the atmosphere. These approaches must be aggressively scaled up alongside deep cuts in emissions, say researchers.

The James Webb Space Telescope (JWST) is getting the headlines with its spectacular crisp, detailed images — but the Hubble Space Telescope still has plenty of life left, scientists say. The nearly 33-year-old space telescope is good at detecting wavelengths that JWST isn’t, such as the high-energy ultraviolet light emitted from exploding stars. Unless something breaks unexpectedly, engineers estimate that Hubble could continue working well into the 2030s. The drag of Earth’s atmosphere could bring it crashing down to Earth before that, especially if its demise is accelerated by solar storms — but scientists are working out whether they can use a SpaceX capsule to boost the telescope to a higher orbit.

Joshimath, a tourist town in India, is sinking, and people have been evacuated after more than 600 homes developed cracks. The lack of a wastewater management system and the blasting of tunnels for a nearby hydropower project are among the factors that threaten the hill town, which sits on ancient landslide deposits of sand and stone, not rock. “Joshimath is an example of what we should not do in the Himalayas,” says water-policy researcher Anjal Prakash.

Software tools are cropping up to help funders to measure how closely grant recipients comply with open-access (OA) regulations, and to help scientists work out whether they are following the rules. OA.Report helps funders to track down research that they supported in the published literature and records article-processing charges; DataSeer checks on data and code availability; and Academic Tracker ensures that papers appear in an OA archive.

A failed herbal treatment for eczema motivated Grace Nambatya Kyeyune to dive deep into the chemistry of natural products. She now oversees the evaluation of medicinal plants for efficacy and safety as research director at the Natural Chemotherapeutics Research Institute in Kampala. “Many of the traditional medicines are scientifically sound treatments,” she says. Uganda’s National Drug Authority has already registered more than 230 natural products.

When scientists unveiled the first complete, gapless human genome in early 2022, long-read sequencing was the star of the show. Now the technique is Nature Method’s pick for method of the year. Long reads allow researchers to look at unbroken stretches of DNA instead of short bits — revealing the meaning of whole chapters, rather than single sentences, of the human story. Scientists have plenty of ideas for what they want from long-read techniques in the future: cheap, quick, accurate sequencing of entire genomes, or maybe a DNA-sequencing toothbrush that checks for disease signatures while you brush.

Boyan Slat is the chief executive and founder of The Ocean Cleanup, a non-profit organization based in the Netherlands, which aims to remove plastic pollution from the oceans. This photo was taken in Guatemala near the mouth of the Motagua River, downstream of Guatemala City and a huge landfill. Last year, Slat’s company put an 8-metre-high avalanche fence across the river to catch the plastic — but heavy rains caused the fence to fail, resulting in the aftermath shown in this image. “We are now engineering an improved version of the barrier, which we hope will be in place before the next rainy season,” says Slat. (Nature | 3 min read) (The Ocean Cleanup)

Historian Beverly Gage writes about her a one-of-a-kind genetic mutation and her experience of being studied at the US National Institutes of Health (NIH) Clinical Center, the largest hospital in the world that is devoted solely to clinical research. (The New Yorker | 20 min read)

Indoor air pollution kills and science needs to step up