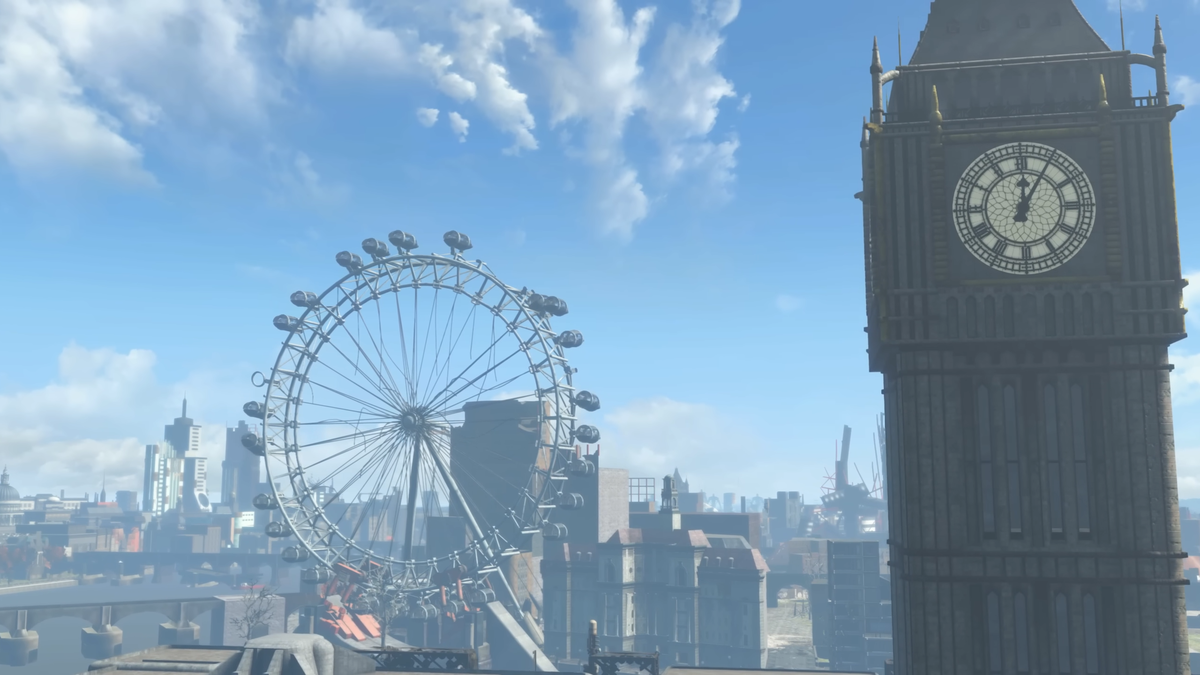 Sometimes you just wanna explore wastelands all by your lonesome. But Fallout 5 is years away, and Fallout 76 is…fine, albeit multiplayer and developed under brutal working conditions. So many looking for the next big solo Fallout experience have been closely watching the development of Fallout: London, an impressive-looking fan game built as a large mod for the PC version of Fallout 4. And now we know it’s coming out next year thanks to a new trailer.

Fallout: London is, as you probably guessed from the name and trailer, set in the famous UK city of London. This gives the project a very different vibe compared to most other Fallout material, which is set in the United States and filled with references and parodies of pop culture and classic Americana. Another interesting departure is that Vault-Tec and its iconic Vault Boy have “no presence” in London. Instead, the mod’s devs are introducing a different company that built its own brand of nuclear survival shelters.

Fallout: London started development with a small team back in 2017, and was initially going to be a much smaller mod. Since then the modders have greatly expanded Fallout: London’s scope. According to the mod’s website, Fallout: London “is about the size of the vanilla Fallout 4 Commonwealth.”

This mod is looking so good that even Bethesda has taken notice. Earlier this year, Stephanie Zachariadis, the head writer on Fallout: London, left the project after she was hired by Bethesda Game Studios.

Just a few weeks ago, we learned that Fallout 5 would be Bethesda Game Studios’ next game after it released Elder Scrolls 6, which itself isn’t launching until after Starfield finally comes out (it recently got delayed to next year).

Considering how long it takes Bethesda to make these big open-world RPGs, it could potentially be a decade before Fallout 5 sees the light of day. So highly polished fan-created adventures like Fallout: London and the equally impressive-looking Fallout: Miami might be the next best thing for players wanting more first-person post-apocalyptic role-playing. That, or you can just replay Fallout: New Vegas for the 30th time.