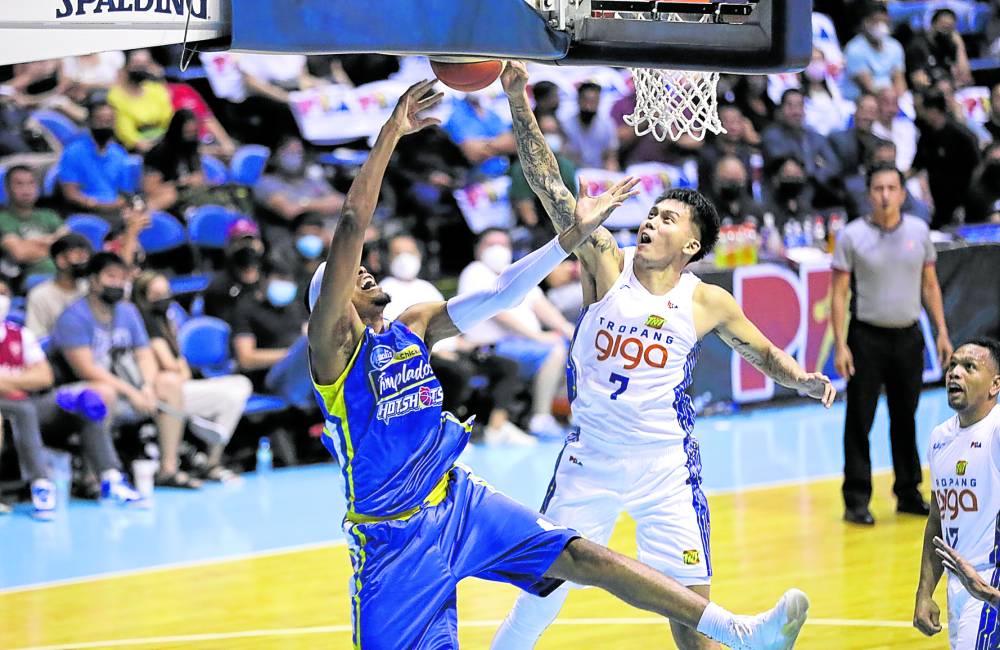 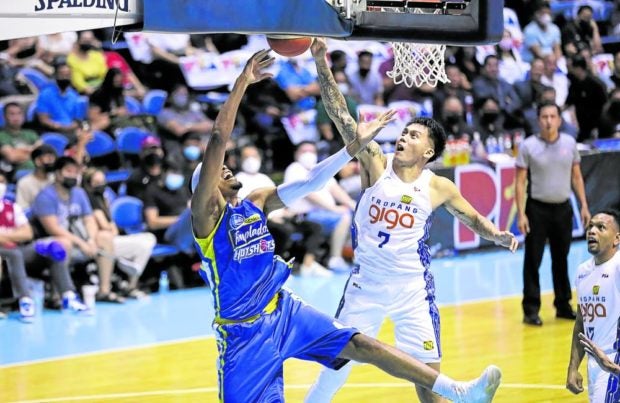 Poy Erram (right, photo above) and the rest of the Tropang Giga have become Chot Reyes’ “refuge” of late. —PBA IMAGES

Chot Reyes is no stranger to the bind he’s in as the national cage program’s mentor.

So he made sure that he won’t be finding himself in another one while on the TNT bench starting on Sunday.

Troy Rosario hit one triple after another while Jayson Castro caught fire down the stretch as the Tropang Giga—minus Mikey Williams—nipped Magnolia, 78-72, to get their title defense of the PBA Philippine Cup roaring out of the gates at Smart Araneta Coliseum in Cubao.

“You all know what has been happening, right? With that [Southeast Asian Games] loss, I am today the most hated man in Philippine basketball,” Reyes said shortly after the season opener.

Reyes said that he has been keeping himself busy by focusing on the tasks given to him. That night, it was helping the Tropang Giga reassert their might over a familiar enemy.

And that he did.

“Without our most potent offensive weapon, we had to rely on our defense,” he said. “The only way we could win games is to limit the production of the other team. Fortunately, that’s what happened tonight.

“We were bleeding for our points. But we expected this, we knew we would struggle big time, especially not only without Mikey [Williams], but also Kelly [Williams] as well. So, you know, it was just a matter of grinding it out, hunkering down on defense, and just a matter of making stop after stop.”

Williams remains in the United States as contract talks have stalled. Kelly Williams, the veteran big man, meanwhile, is out for a week due to an undisclosed injury.

Still, the defending champions proved to be a capable lot against the Timplados.

TNT starved Magnolia to only 13 points in the third quarter, and then to just 17 in the payoff frame where Castro also poured 13 of his total 16 points.

“We’re just making sure that we’re preparing our team to play without Mikey. And, like we said, fortunately, we were able to pull this one through,” said Reyes.

Up next for the club is Blackwater in a duel slated for Thursday in Antipolo City. And there, the TNT coach is hoping to stay insulated from all the ire directed toward him.

“I am completely logged off. I don’t see anything that’s being written about me. I am not on any social media. So, aside from the gift of busyness, it’s the gift of silence, and I’m very thankful because I’m logged off that I’m able to do so many things,” Reyes said.

“Really, my refuge and my source of solace is my team, the players who continue to, in spite of everything, give their trust to me. In the end, like I said, all we can do after an incident like that is to just stand up,” he added. INQ