Locking up carbon with corn, and the path to greener steel 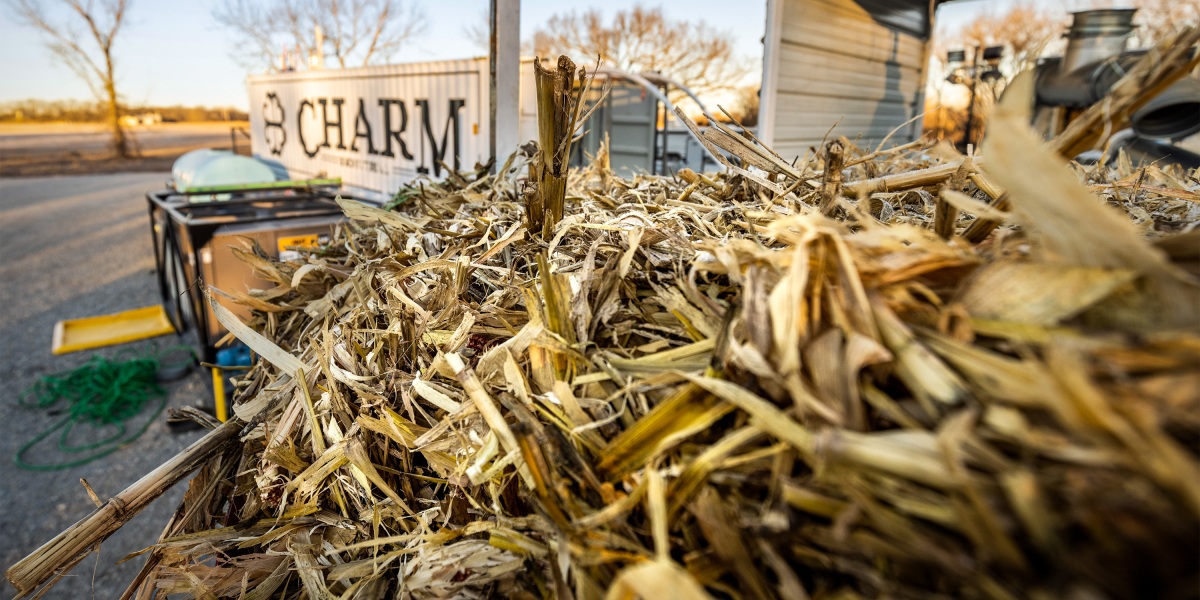 In recent weeks, a crew of staffers from a company called Charm Industrial have been working on the edge of Kansas corn fields, moving rolled bales of stalks, leaves, husks, and tassels up to a semi-trailer.

Inside, a contraption called a pyrolyzer uses high temperatures in the absence of oxygen to break down the plant material into a mix of biochar and bio-oil. This oil is pumped into EPA-regulated deep wells used for industrial waste, or into salt caverns. Charm says it solidifies there, locking away carbon for thousands to millions of years that would otherwise go back into the air as farmers burn crop remains or leave them to rot.

The San Francisco startup has been sequestering carbon this way for the past two years, working on behalf of companies including Microsoft. Late last year, it announced that the process has safely locked up nearly the equivalent of 5,500 tons of CO2 so far, claiming that’s the largest amount of long-term carbon removal delivered to date.

But there are still plenty of questions  about how reliable, scalable, and economical this approach will prove to be. Read the full story.

How Charm Industrial hopes to use crops to cut steel emissions

Charm Industrial is also exploring whether the same bio-oil could be used to cut emissions from iron and steelmaking, pursuing a new technical path for cleaning up the dirtiest industrial sector.

The approach could be welcome news to companies compelled to explore cleaner production methods, amid hefty emissions and increasingly strict climate policies. Read the full story.

I’ve combed the internet to find you today’s most fun/important/scary/fascinating stories about technology.

1 The Texas gunman detailed his plans in Facebook messages before the shooting
Meta said the direct messages weren’t discovered until after the tragedy. (WP $)
+ Repeated mass shootings is a problem unique to America. (New Yorker $)
+ AI-powered metal detectors are a controversial solution. (WP $)
+ Three false claims surrounding the shooting are circulating online. (NYT $)

2 Twitter has been fined for sharing users’ phone numbers
It allowed numbers and email addresses to inform targeted advertising. (Variety)
+ Elon Musk needs more money if he wants to buy the company. (FT $)