LOCKED IN ON GOAL | Inquirer Sports 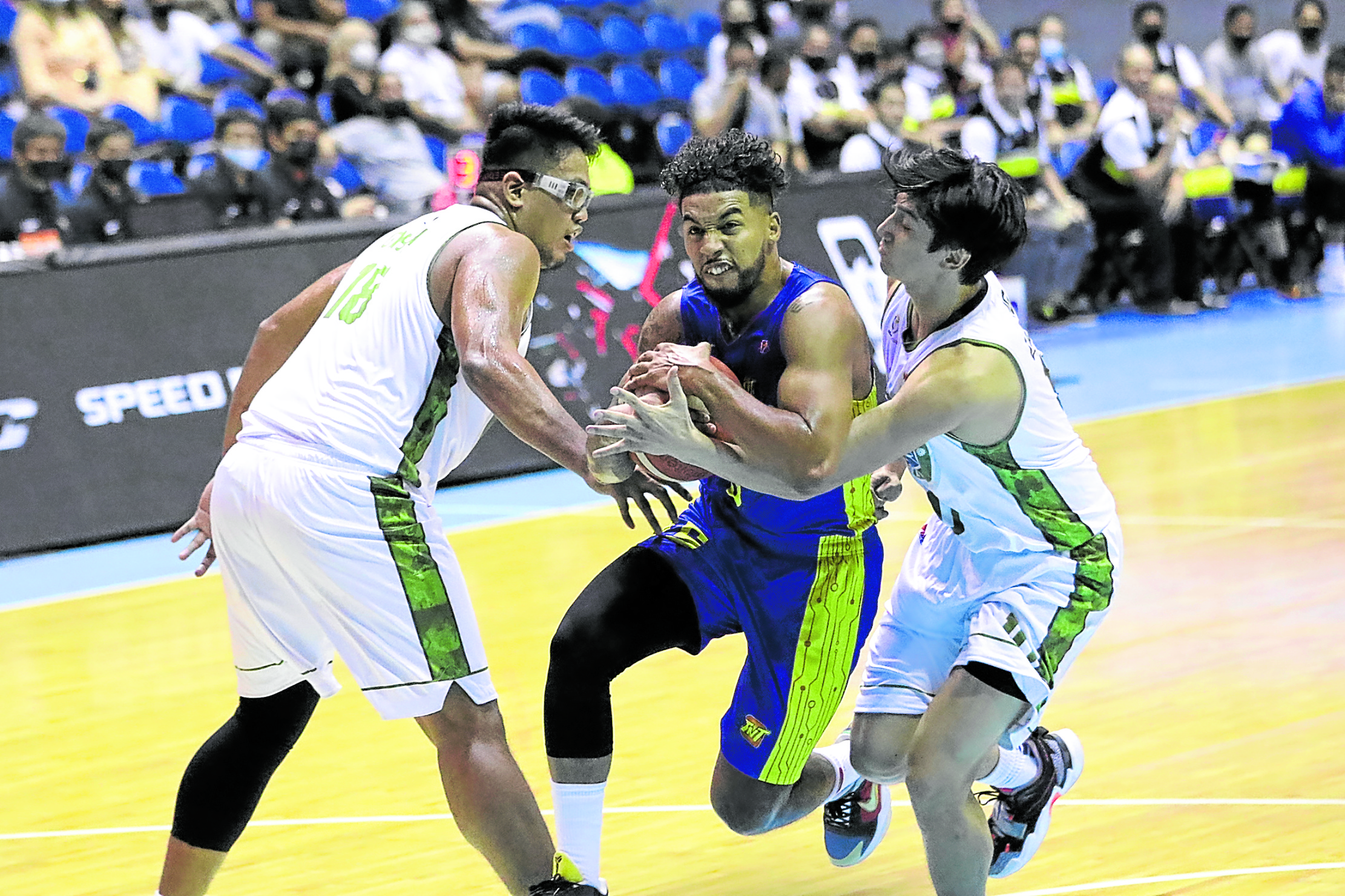 As the TNT Tropang Giga applied the finishing touches of a 114-86 rout of Terrafirma in the PBA Philippine Cup on Friday, their last two assignments slowly emerged from the backs of their minds.

“We knew that this was a big week for us because as you know, our last two games are San Miguel and Ginebra,” said TNT coach Chot Reyes shortly after the rout at Smart Araneta Coliseum in Cubao, Quezon City.

“So we said ‘let’s take care of business.’ We needed to approach this [week] with a lot of intention and focus. This week was important.’”

The Tropang Giga responded with the necessary urgency, rolling their sleeves up after intermission using a cutthroat third quarter anchored on Mikey Williams, who finished with 31 points, seven rebounds and five assists.

“I just feel like as a unit, we’re doing what we’re supposed to do,” Williams said as the defending champions notched a fourth straight victory to improve to 7-2. “We have a goal. And [when] we’re locked in on that goal, we know how dangerous we could be.”

“We just have to continue working and getting better every day. Today’s win just feel a little more relaxing. That’s a little less pressure off our backs. And I feel like we needed a game like this to just have fun and just settle out there,” Williams added.

“We were very business-like at halftime,” said Reyes. “We knew that this was a tough team. We had no pretensions nor illusions about this being an easy game.”

“When the third quarter ended and we were up by 17, we just reminded the players that here we are again, let’s make sure that we play with a lot of defensive intensity,” he added.

The win capped a busy three-game week for TNT, which packed victories over Phoenix Super LPG (117-112) and NorthPort (117-112) in its schedule to build up steam just as the next round looms.

But all those positive results will get thrown out the window when TNT embarks on a crucial two-game finish to its elimination round campaign when it faces San Miguel Beer and Barangay Ginebra—matches that could eventually decide the seeding at the top of the standings heading into the playoffs.

That is why Reyes is looking at the team’s next assignment as a standalone mission.

“When we play San Miguel, we won’t be thinking about these games [or] our past record is anymore. Our entire focus will be on San Miguel,” he said.

Barangay Ginebra, meanwhile, strung up a third straight victory after dismantling Converge, 105-89, in the other game behind the 24 points, six rebounds and six assists of Scottie Thompson.