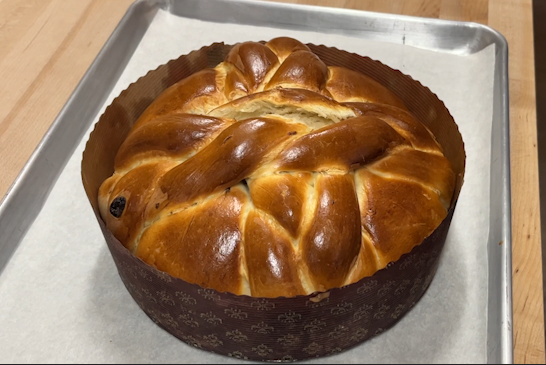 IDAHO FALLS, Idaho (KIFI) – David Kempner, the owner of the Elevate Bake Shop in Idaho Falls, was moved by a desire to help those affected by the war in Ukraine. He says through a traditional Easter bread, he found a way to connect to the conflict.

“I just wanted to make a connection with with the country itself,” Kempner said. “So that’s why I did it.”

The bread, called Paska, is a traditional bread that is made and served traditionally in the Eastern European region. He says as he made the bread, he found the charity World’s Central Kitchen and was able to connect the bread to a fundraiser to help those “in knead.”

“A lot of people, a lot of our customers took part in the purchase of the loaves where they’re purchasing for $35. And 25 of that was going to the World Central Kitchen as a donation to help feed people affected in and around Ukraine,” he said.

Currently, Kempner says he has raised nearly $1,000 so far.

“So not bad, you know, pretty good. It was a lot of work. The bread is not is not an easy bread to make necessarily. But, you know, we donated our time and materials,” he said.

Kempner says even after the holiday season, he plans to continue the bread themed fundraiser with “other dishes they’ll be from they’ll be from Ukraine. I haven’t really researched their food that much. I got inspired just by what I’ve seen on TV.”

He says for him this is all about doing what is right.

“I don’t know anything about the region, really. But what I do know is that people are being displaced from their homes at the same time while their kids are being destroyed and at the same time while their brothers, sons, fathers are being killed in war,” he said. “So it really is more about just my need to feel like I need to do something and try to help some other people do the same thing and try to make it a cause that’s worthy.”

Kempner also says the fundraiser is not about him and says if you want to help feed hungry people in need you can donate directly to the World’s Central Kitchen. He says “it’s humanity and people need to help each other out. Without each other, we’re nothing.”