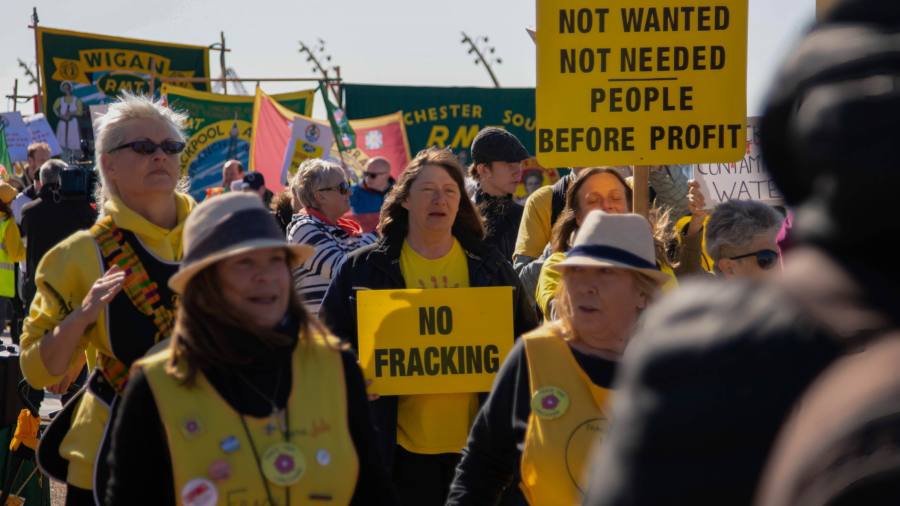 Liz Truss’s new adviser on net zero has warned investors to avoid fracking in the UK — saying the nascent industry would end up a “non-starter” — as he insisted the new prime minister would be resolute in her pursuit of Britain’s climate goals.

Chris Skidmore was appointed by Truss to carry out a four-month review of the 2050 emissions target to ensure it is being carried out in a pro-growth and pro-business way.

Skidmore said the purpose of the review was to demonstrate to investors around the world that the UK was a place for them to invest in the low-carbon economy.

“This review is about turbocharging, catalysing net zero, delivering mechanisms by which we get to the targets that remain absolutely in place,” he told the FT in an interview. “We want to create an environment both in regulation and in terms of taxation and planning that can actually bring forward some of these projects.”

Truss last week met her promise during the Tory leadership campaign to lift the three-year moratorium on fracking for shale gas, a move applauded by many rightwingers.

But Skidmore warned investors it would be better to invest in renewable energy rather than “potentially investing in a [fracking] industry that will leave you with stranded assets”.

He said the “death blow” for the industry came last week when the founder of fracking company Cuadrilla said there was no chance of the industry taking off in the UK in the near term because of the geological challenges.

The comments appear to contradict those of fellow minister Jacob Rees-Mogg, the business secretary, who has thrown his weight behind fracking and claimed that some of its opponents are “funded by Mr Putin’s regime”.

Skidmore, a former universities and science minister, is one of the greenest Tory MPs in the House of Commons and campaigned during the Tory leadership contest to ensure the candidates did not water down the net zero pledge. The UK had a window of about three years to cement a leadership in green investment to avoid being overtaken by rivals including the US, France and Germany, he said.

Skidmore pointed out how gas prices had spiked since Russia’s invasion of Ukraine, making the case for moving to renewable energy and nuclear power even more compelling.

“I think that 2022 is the moment across the world where every country is entering an era of energy protectionism and energy sovereignty,” he said. “I think that benefits net zero rather than cross-cutting against it.”

However, Skidmore said he recognised the geopolitical challenges of reaching net zero, for example the west’s dependency on China for lithium — a vital component of batteries used in electric cars.

“We need to be thinking about how we can process lithium in this country if we’re going to ensure that we don’t have a similar crisis on the renewable side as we’ve just had on the gas side,” he said.

Skidmore was one of the five co-authors of Britannia Unchained, a pamphlet from a decade ago written by high-flying new Tory MPs, alongside Truss and chancellor Kwasi Kwarteng.

In his new role, Skidmore has been given a team of 20 officials from across Whitehall and an office in the business department, although he will report directly to the prime minister.

On Monday he will formally launch the net zero review with its commitment to meet the 2050 target in an “economically-efficient way”. He will pledge to find ways to deliver the target while ensuring energy security and affordability both for consumers and businesses.

Britain was the first G7 country to make a legal commitment to reduce net carbon emissions to zero by 2050, and the pledge has prompted unease among some rightwing Tory MPs about the potential cost to consumers if they are forced to buy electric cars and electric heat pumps in the future.

A “Net Zero Group” of 19 backbench Conservative MPs — including Steve Baker and Craig Mackinlay — has been formed to undermine the government’s target.

Skidmore said he recognised the challenges for consumers in switching away from fossil-fuel technology, admitting he himself had not bought an electric car or introduced an electric heat pump.

“The challenge is, how do I ensure absolutely that my next car is an electric vehicle, the boiler is replaced with a heat pump and my insulation is watertight,” he said.