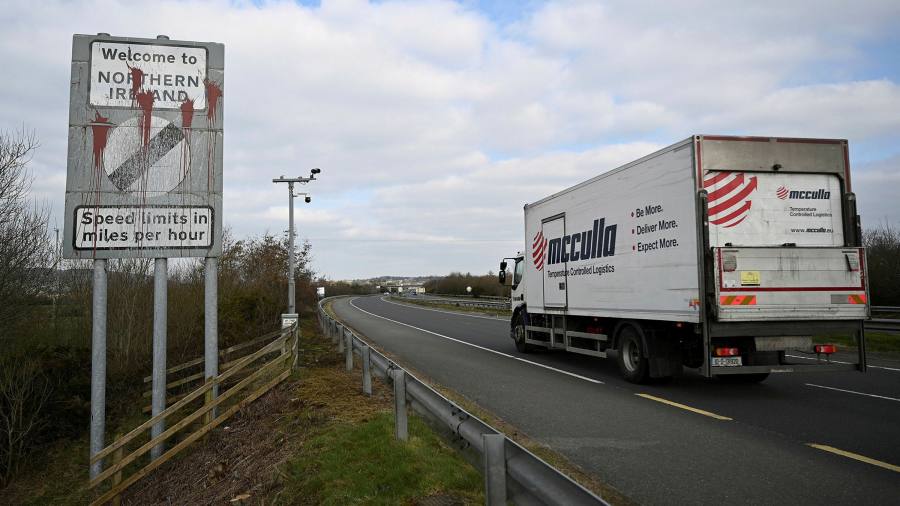 The writer is UK foreign secretary

The Northern Ireland protocol is currently undermining the Belfast (Good Friday) Agreement, the foundation of peace and political stability. Aside from its many practical problems, it has created a growing sense that the rights and aspirations of some parts of the community are being undermined.

Ideally, we would fix these problems through negotiation, but the EU has ruled out changing the text of the protocol. Northern Ireland has been without a fully functioning executive since February because of the protocol, at the time of a cost of living crisis and many other challenges.

Therefore it is the duty of this government, as co-signatory and co-guarantor of the agreement, but also as the sovereign government in Northern Ireland, to act.

We are moving forward with legislation to fix the specific problems that the protocol is causing while maintaining those parts that are working. This is both necessary and legal. All other options within the current EU mandate are currently exhausted.

We will fix problems in four areas: customs and agri-food checks; regulation; subsidy control and VAT; and governance. On customs, this bill creates a green and red lane system. That means goods destined solely for Northern Ireland will be freed from bureaucracy while those headed on to the EU will go through full customs procedures.

All data will be shared with the EU in real time as the goods depart from Britain. We already have this system in place and are giving demonstrations to businesses and the EU to show how it works. Any trader violating the lanes will face penalties. Our solution protects the EU’s single market and leaves the EU no worse off than it is today.

Our bill will establish a dual-regulatory regime so businesses can choose between meeting UK or EU standards. This removes the barriers to goods made to UK standards being sold in Northern Ireland.

I know how much this matters to businesses on the ground. Hauliers have told me about the stacks of paperwork they have to fill out to bring goods in from Britain. I have heard from retailers such as Asda, whose goods are still subject to checks on their way into Larne, despite having no stores in the Republic of Ireland that they could go on to.

We will also ensure through this bill that the government can set UK-wide policies on subsidy control and VAT, to ensure the traditional role that the government has played in supporting the Northern Ireland economy. We will remove the role of the European Court of Justice in areas where it is not relevant, including its role as the final arbiter in disputes, to normalise the governance arrangements along the lines of other treaties of this kind.

We have to fix these problems one way or another. Our first choice was — and remains — renegotiating the protocol text. This would be entirely in line with the evolution of other international treaties.

The protocol was not set in stone forevermore on signing. It explicitly acknowledges the need for possible new arrangements in accordance with the Belfast (Good Friday) Agreement.

So we need the EU to change their mandate and accept the need to change the protocol itself, as was always provided for. We are willing to enter those negotiations and ready to implement the results through this legislation. However, we cannot afford to delay. Given where we are, the only way we can uphold the Belfast (Good Friday) Agreement and fix the problems in Northern Ireland is through legislation.

Once it is through, we will have a solution that ensures the agreement is upheld in all its dimensions, helping to restore the balance between communities and honour our commitments to the people of Northern Ireland. Meanwhile, the UK and EU can focus their full efforts on working together on issues such as Ukraine for the betterment not just of Europe but the world.