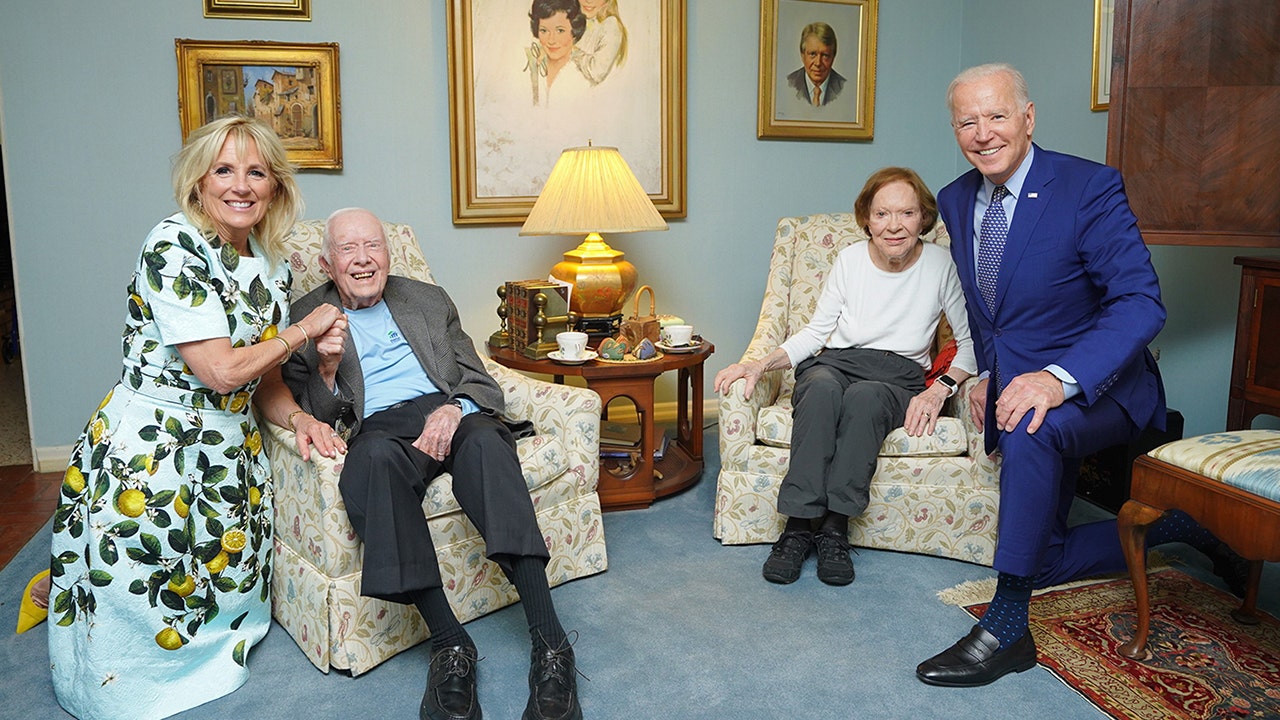 Joe Biden wants to be the next FDR. Some fear he’s the second coming of Jimmy Carter.

Former President Jimmy Carter is best remembered as presiding over “stagflation” at home and humiliation abroad. Taking office at a time of economic distress, the one-time peanut farmer from Georgia failed to inspire Americans and was bounced after only four years.

Some wonder whether Biden will follow the same path.

Americans are anxious about a recent employment report that came up hundreds of thousands of jobs short, prices spiking for everything from chicken to diapers and gasoline, and a president who continues to push trillions more in spending while at the same time threatening enormous tax increases.

Joe Biden’s White House has its foot on the gas and the accelerator at the same time.

Meanwhile there are signs that 78-year-old Biden, who frequently appears to lose his train of thought and seems incapable of jousting with the press, will be tested by our adversaries.

It is not comforting that Biden has frequently boasted about the two-hour telephone conversation he held with China’s President Xi Jinping early in his presidency; it’s not clear whether Biden thinks that call noteworthy because he could maintain his focus for two hours or because anything of consequence was said.

So far, Biden’s most notable foreign engagement was his convening of a global climate summit, at which he weirdly (singularly) wore a mask on a zoom call while pledging a wildly expensive and potentially harmful 50% cut in U.S. emissions by 2030. In response, the leaders of China and Russia promised… nothing.

Biden’s political fortunes will likely rise and fall mainly with the economy, as was the case for Jimmy Carter, who was inaugurated in January 1977. Carter started strong but his popularity went steadily downhill. His highest approval rating of 75% was recorded in his third month on the job; his lowest was 28% in June 1979, before the Iranian hostage crisis, the response to which many consider Carter’s greatest failure.

In April of his first year in office, Gallup reported Carter’s approval at 64%; by comparison, Biden’s approval stood last month at 57%.

Neither Carter nor Biden has been shy about criticizing their fellow countrymen.

The most memorable thing about the Carter presidency was that the economy grew at 3.25% on average, not much below Ronald Reagan’s 3.49%, but inflation soared. “Stagflation,” as it was called, devastated the nation. Seniors living on fixed incomes suffered horribly, with their monthly Social Security checks and pension benefits eaten up by rising costs of food, gasoline and other necessities.

The economic situation under Carter can best be described by the so-called “misery index” compiled during his years in office, which combines the unemployment rate with the inflation rate. Under Carter, the index averaged 16.26, the highest of any modern president.

In the election month of November 1980, inflation was above 12% and unemployment was 7.5%. Carter was trounced by Ronald Reagan, winning only 49 Electoral College votes to the challenger’s 489.

Like Carter, Biden entered office with a wounded economy but, happily for him, one that was primed to take off. Thanks to the rollout of vaccines, businesses were starting to reopen; $2 trillion in “excess” savings, low interest rates, record gains in consumer net worth and trillions in stimulus funds created enormous pent-up demand, priming the pump for perhaps the biggest growth surge our nation has ever seen.

What could go wrong? The better question is: what did go wrong last month, when we added only 266,000 jobs, even as experts had been expecting nearly one million?

Supply chain hiccups and too many still-shuttered schools were partly to blame. But business owners also report that the extra $300 per week in unemployment pay approved by Democrats in the $1.9 trillion American Rescue Plan are making it impossible to hire workers.

When asked whether he thought the extended benefits might have crimped job creation, Biden was adamant: “no measurable impact.”

Biden was equally dismissive of what he described as “loose talk” of an overheating economy. Someone might have pointed out that it was his own Treasury secretary, Janet Yellen, who raised concerns about having to raise interest rates if spending and prices continue to increase.

Biden should go buy a sack of groceries; he might discover what families across America are seeing – higher prices for cereals, eggs and nearly everything else.

Concerns about future price increases will only amplify if Biden continues to press for his $2.3 trillion “infrastructure” plan and the $2 trillion Family Plan.

Carter was viewed as a weak leader. Though it’s early in his presidency, there are signs that Biden lacks leadership strengths, too. Though he campaigned to bring the country together, polling suggests he has done the exact opposite.

His greatest failure has been his inability to sell Americans on taking the vaccines delivered by President Trump. Muddled messaging from a masked president and his health officials combined with the inexcusable decision to “pause” the J&J shot has slowed our progress towards herd immunity.

Neither Carter nor Biden has been shy about criticizing their fellow countrymen.

Biden has repeatedly called out the U.S. for its “systemic racism” and denounced decisions to drop mask mandates in some states as “neanderthal thinking.” In his famous “Malaise” speech, Carter denounced Americans for worshipping “self-indulgence and consumption,” and for their “fragmentation and self-interest.”

Just recently, Joe and Jill Biden traveled to Plains, Georgia, to visit Carter and his wife Rosalynn. A bizarre photo chronicled their get-together. A wide-angled lens distorted the scene, portraying Biden as a giant compared to the diminutive Carter.