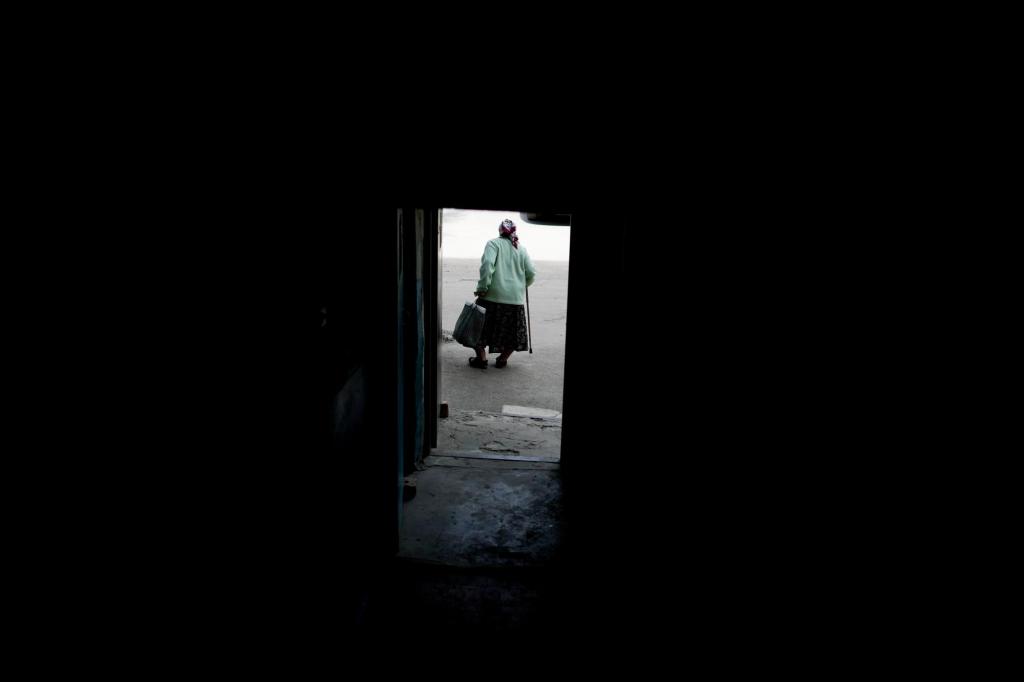 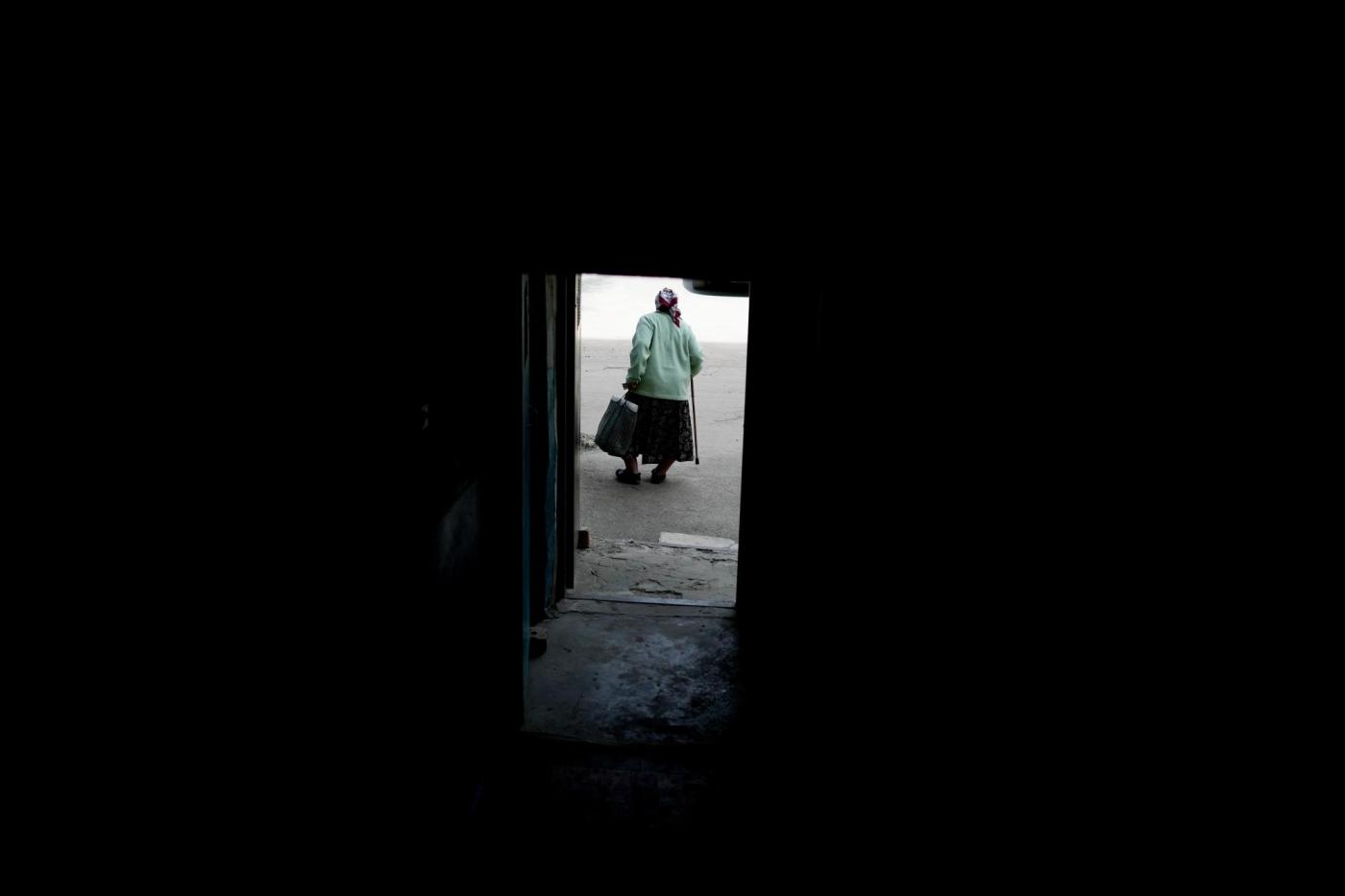 By The Associated Press

KYIV, Ukraine — The Ukrainian governor of the eastern Luhansk region says Russian bombardments killed three people in and around the city of Lysychansk, which is a key focus of fighting.

Serhiy Haidai said Thursday that one person was killed in Lysychansk and two in the nearby village of Ustynivka the day before amid a Russian artillery bombardment. He said strikes in the region had hit various targets including private houses and a humanitarian aid center, without specifying how the people died.

Haidai is the Kyiv-backed governor of the Luhansk region, where the Ukrainian government is holding onto a small area around Lysychansk and Sievierodonetsk in the face of a focused push by Russian forces.

KEY DEVELOPMENTS IN THE RUSSIA-UKRAINE WAR:

— As Ukraine war grinds, world pushes for way to get grain out

— Saving the children: War closes in on eastern Ukrainian town

— US aims to leverage Russia-Ukraine bloc against China

Follow AP’s coverage of the war in Ukraine at https://apnews.com/hub/russia-ukraine

Speaking at the World Economic Forum in Davos on Thursday, Petkov said that the war in Ukraine “caused many crises to us because we had allowed ourselves to be dependent on Russia”.

Petkov said that after Russia’s annexation of Crimea, Europe criticized Moscow but did nothing to reduce its dependence on it.

“While we linked the price of electricity to that of gas, Russia now can not only reduce gas supplies, but also regulate electricity prices in Europe,” he said.

“He has already failed to achieve all his strategic goals,” Scholz said Thursday in his speech at the World Economic Forum’s annual meeting in Davos, Switzerland.

The chancellor said that “a capture of all of Ukraine by Russia seems further away today than it did at the beginning of the war. More than ever, Ukraine is emphasizing its European future.”

In addition, Scholz said Thursday, the “brutality of the Russian war” has prompted two states to move closer to NATO.

“With Sweden and Finland, two close friends and partners want to join the North Atlantic alliance. They are most welcome!” the chancellor said.

Scholz added that Putin had also underestimated the unity and strength with which the Group of Seven major industrialized nations, NATO and the European Union had responded to his aggression.

MILAN, Italy — The World Food Program has been pushing to get wheat out of Ukrainian ports to help feed the hungry elsewhere in the world and avert growing food insecurity in vulnerable regions, while also making room for the harvest of grain that has recently been planted.

“We are pushing 100% to get the food that is stuck in that port out. It needs to be a continuous flow, it cannot be a few ships full. We need to get what we can out of there, not just for the Ukrainian economy but to get to people who need it in Yemen and Somalia and Afghanistan,’ said WFP spokesman John Dumont.

Dumont was in Odesa a couple of weeks ago, and says the grain silos are full. “They are planting now. Where are they going to put that wheat when it is harvest time at the end of June and July? There is no place for it to go.”

“It needs to get out in a continuous way. It cannot just be a little one-off humanitarian convoy. The Black Sea needs to open.”

MOSCOW — The Kremlin says it expects Ukraine to recognize the existing situation and accept Moscow’s demands.

Asked Thursday if Russia expects Ukraine to make territorial concessions, Kremlin spokesman Dmitry Peskov said that “Moscow expects the acceptance of its demands and the understanding of the real situation that exists de-facto.”

Russia has previously demanded that Ukraine recognize the Russian sovereignty over the Crimean Peninsula that Moscow annexed from Ukraine in 2014 and acknowledge the independence of Russia-backed separatist regions in eastern Ukraine.

During the talks in March, Ukrainian officials said that the status of Crimea and the separatist regions could be discussed later, but in recent weeks they have toughened their stand and said that Russian troops should pull back to areas where they were before Moscow launched a military action in Ukraine on Feb. 24.

Speaking in a conference call with reporters on Thursday, Peskov said that “Kyiv must acknowledge the de-facto situation and just have a sober assessment of it.”

DAVOS, Switzerland — Slovakia Prime Minister Eduard Heger has warned that Russia that “will go further” and his country could be next if Ukraine fails to win the war.

Heger was speaking to Sky News at the World Economic Forum in Davos.

Slovakia, a member of the European Union and NATO, borders Ukraine.

“We need to support Ukraine because if they fail, then it’s going to threaten us, Poland, Estonia, Lithuania, Latvia,” Heger said.

He said Russia going beyond Ukrainian borders is “the fear.”

“But at this moment I’m glad what kind of bravery the Ukrainian people show, how much they are able to defend their country.”

“He’s essentially weaponized hunger and lack of food among the poorest people around the world,” Truss said during a visit Thursday to the Bosnia. “We simply cannot allow this to happen.”

Truss vows that “will do all, with our allies and partners, to get the grain out of Ukraine and supply the rest of the world. “

But she says that the sanctions must stay in place to cut off funding for the war in Ukraine.

“We need to ensure Putin loses in Ukraine,” Truss says.” What we cannot have is any lifting of sanctions, any appeasement, which will simply make Putin stronger in the longer term.”

MOSCOW — The Kremlin says that the West needs to lift some of its sanctions against Russia for grain shipments from Ukraine to resume.

Western allies have accused Russia of blocking grain exports from Ukraine in a move that is exacerbating food shortages in Africa and other regions.

Kremlin spokesman Dmitry Peskov said Thursday that “we categorically reject the accusations and accuse Western countries of taking a series of unlawful actions that has led to the blockade.”

Speaking in a conference call with reporters, he added that the West, in particular, “must cancel the unlawful decisions that hamper chartering ships and exporting grain.”

VIENNA — A U.S. diplomat based in Vienna has condemned the “sheer barbarity, sadistic cruelty, and lawlessness” of Russia’s war in Ukraine.

“I think we all know what would happen if Russia were to achieve ‘success’ in Ukraine,” Carpenter said in a speech to the Permanent Council of the Organization for Security and Cooperation in Europe.

Carpenter called on OSCE member countries to provide Ukraine with “the support it needs right now to defend itself against (Russian President Vladimir) Putin’s revanchist delusions.”

MOSCOW — The Russian military says it has destroyed a large Ukrainian unit with equipment at a railway station in the east.

Russian Defense Ministry spokesman Maj. Gen. Igor Konashenkov said Thursday that the Russian warplanes hit the railway station in Pokrovsk when an assault brigade that arrived to reinforce the Ukrainian forces in the region was unloading there.

Konashenkov stated that the Russian air force has struck 48 troops and weapons concentrations and two ammunition depots over the past 24 hours.

Elsewhere in Ukraine, the Russian artillery hit over 500 Ukrainian targets, including troops concentrations and artillery positions, he said.

The General Staff of the Ukrainian military said Thursday that the Russian forces have continued attempts to press their offensive in several sections of the frontline in the east and also launched missile and air strikes at infrastructure facilities across the country.

His claims couldn’t be independently verified.

LONDON — Britain’s military says Russia has suffered substantial losses among its elite units because of “complacency” among commanders and failure to anticipate strong Ukrainian resistance.

The U.K. Ministry of Defense says the airbone VDV has been involved in “several notable tactical failures” since the Feb. 24 invasion, including the attempt to capture and hold Hostomel Airfield near Kyiv early in the war and failed attempts to cross the Siverskyi Donets River in eastern Ukraine.

In its daily intelligence update, the defense ministry said the VDV had been sent on missions “better suited to heavier armoured infantry and has sustained heavy casualties during the campaign. Its mixed performance likely reflects a strategic mismanagement of this capability and Russia’s failure to secure air superiority.”

It said “the failure to anticipate Ukrainian resistance and the subsequent complacency of Russian commanders has led to significant losses across many of Russia’s more elite units.”

MOSCOW — The Russian Central Bank has cut its key interest rate to 11% from 14%, citing a slowdown in inflation.

It is the third three-point cut since the Central Bank hiked the rate to 20% in late February after Russian forces entered Ukraine. It said inflation had been at 17.8% in April, but slowed slightly to 17.5% as of an estimate May 20.

The Central Bank’s next meeting to review the rate is June 10.

Mikhail Mizintsev, who heads the National Defense Control Center under the General Staff, said 70 foreign vessels from 16 countries are now in six ports on the Black Sea including Odesa, Kherson and Mykolaiv.

Mizintsev, whose comments at a briefing in Moscow on Wednesday were reported by the Interfax news agency, said the corridors would be open every day.

Earlier Wednesday, the Russia military said Mariupol’s port was functioning again after three months of fighting. The Defense Ministry spokesman said the military first had to clear the port of mines.

The Russian military, which maintains a naval fleet in the Black Sea, has effectively blocked commercial shipping at Ukrainian ports.

The blockade has endangered the world food supply by preventing Ukraine from shipping its agricultural products. Ukraine is one of the world’s largest exporters of wheat, corn and sunflower oil.

UNITED NATIONS — The International Committee of the Red Cross said Wednesday that it has been able to give answers to 300 families in Russia and Ukraine about the fate of their loved ones.

ICRC Director-General Robert Mardini told reporters that the organization’s work trying to clarify the fate of missing persons “is very much on track.” He did not disclose the fate of the 300 Russians and Ukrainians, saying only that their families had provided “very concrete questions about their loved ones.”

Mardini said some progress has also been made on the right of the ICRC to visit prisoners of war, which is part of the Geneva conventions.

“There is agreement on both sides” on this right, “which is good news,” Mardini said, but the major obstacle in the ICRC carrying out visits is the war itself and the logistical constraints.

Mardini said the ICRC registered all the Ukrainian fighters that held out until last week at the Azovstal steel plant in Mariupol before they were taken to Russian-controlled territory. Russia said there were 2,439 Ukrainian fighters.

“Registering prisoners of war or detainees amounts to nothing short of a life insurance,” Mardini said.