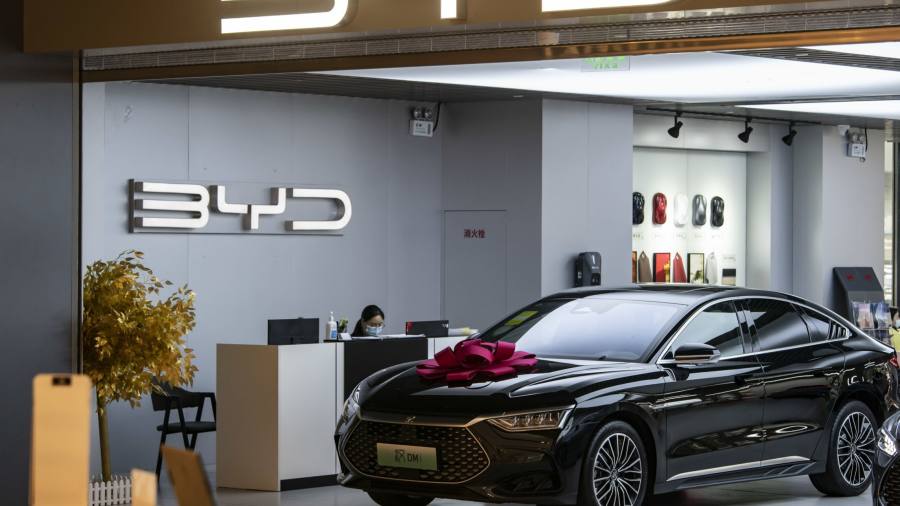 BYD has unveiled the pre-sale prices for its range of vehicles for the European market, a crucial step in an aggressive global push by one of China’s top electric vehicle manufacturers.

BYD introduced three fully electric cars on Wednesday evening. They are initially to be sold in Norway, Sweden, Denmark, the Netherlands, Luxembourg, Germany and Belgium.

The company, which also produces batteries, added that before the end of the year it would also sell its vehicles in France and the UK. Dealerships would then be appointed to “cover all major markets in Europe”.

BYD overtook Volkswagen in June as the third most valuable car company in the world, trailing only Elon Musk’s Tesla and Toyota.

This month sales of the group’s EV battery unit surpassed those of South Korea’s LG Energy Solution to make BYD the world’s second biggest electric-car battery supplier after CATL, which is also from south China.

Wang Chuanfu, the BYD founder, said that the European launch was one of the company’s most important milestones. “Europe [represents] the main driving market for the advancement of new energy vehicles,” he said.

While a dominant player in China, the company already exports both pure-electric vehicles and plug-in-hybrids to more than 70 countries, including Japan and Germany, and is among the world’s biggest producers of electric buses.

Despite the push overseas, the company has been under a cloud of uncertainty in recent months after cornerstone investor Warren Buffett started to sell small chunks of his holding in the group.