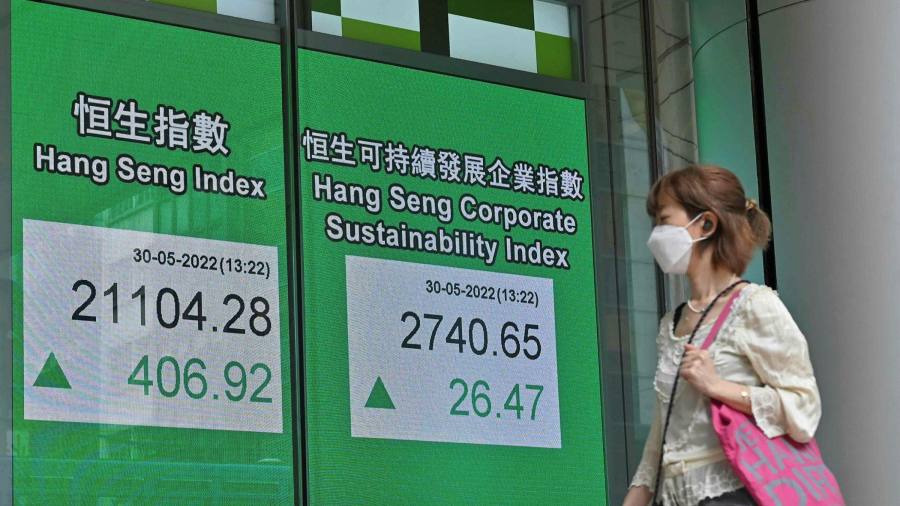 China’s volatile tech stocks saw significant gains following reports this week suggesting the country’s regulatory crackdown was easing, with the Hang Seng Tech index rising as much as 3.1 per cent.

Japan earlier published revised gross domestic product figures for the first three months of this year, which showed the economy had contracted by 0.5 per cent compared to the same period a year ago, less than the 1 per cent expected by economists polled by Reuters.

Investors have also been watching China’s reopening warily, with any signs that major cities might re-enter lockdown likely to dent markets, but have grown in confidence as the country’s Covid-19 cases have levelled off.

Wall Street notched its second day of gains on Tuesday, even after US retailer Target slashed its profit outlook for the second time in weeks. The S&P 500 share index, which has registered weekly losses for eight of the past nine weeks, rose 1 per cent on Tuesday. The Nasdaq Composite index rose 0.9 per cent.

Oil prices also crept up on Wednesday, with Brent crude, the international oil benchmark, gaining 0.1 per cent to trade at $120.74 a barrel and US marker West Texas Intermediate adding 2 per cent to hit $119.61.

The yield on the 10-year US treasury note, which underpins global borrowing costs, added 0.02 percentage points to hit 2.99 per cent.