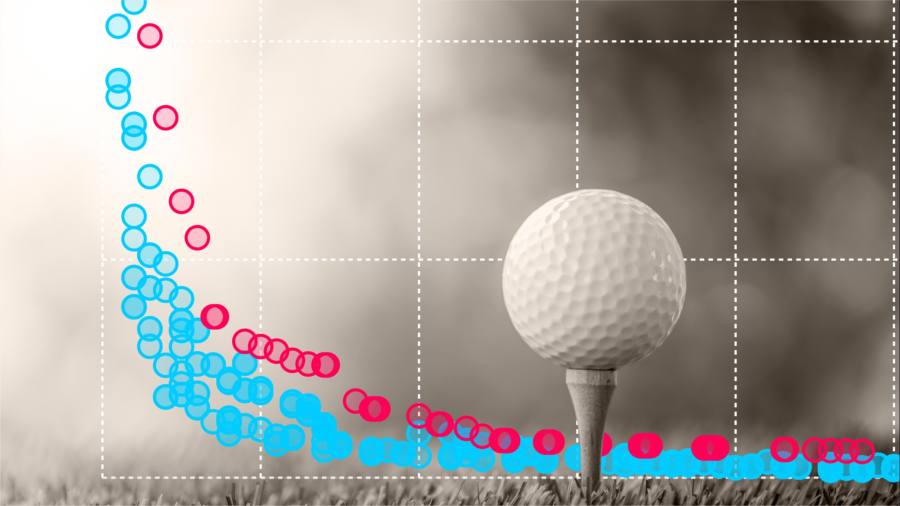 It may not have the prestige or long history, but golf’s LIV series has already unsettled the establishment and divided players.

The third event tees off this month at former US president Donald Trump’s National Golf Club in Bedminster, New Jersey, amid growing protests from survivors of the September 11 terrorist attacks who have condemned the golfers for taking part in the Saudi-backed tour.

But while the new series is courting controversy, with some branding Saudi Arabia’s involvement “sportswashing”, for those taking part the rewards are just too tempting. Several big names from the US PGA and European tour have joined in recent weeks, including four-time major champion Brooks Koepka, 2020 US Open champion Bryson DeChambeau and former European Ryder Cup player Paul Casey.

Even for lauded players such as Phil Mickelson — a six-time major champion and Hall of Fame golfer in his 31st year as a pro — the payouts are too enticing to miss, with the Californian reportedly receiving a $200mn appearance fee.

In LIV’s inaugural event in England, South Africa’s Charl Schwartzel took home a combined individual and team prize of $4.75mn for coming first — more than all the money he has won from the majors, PGA or European tours since the 2018-19 season. Schwartzel’s payout was more than 1.3 times what Cameron Smith took home after winning the 2022 Players Championship at Sawgrass, formerly the largest purse in the sport, and 1.75 times Scottie Scheffler’s reward for winning the Masters at Augusta.

Financial Times analysis of prize money shows that a quarter of the golfers that took part in the LIV series have won more from the first two events than they have since the 2018-19 season (or since turning pro if later).

The FT analysed prize money awarded for the majors, PGA Tour, European Tour, Asian Tour, PGA of Australia, Japan Golf Tour, Sunshine Tour and the Korn Ferry Tour (excluding the FedEx Cup bonus and other one-off fees/prizes). Some LIV players may have earned additional prize money on other regional tours that were not included in this analysis.

For the lower ranked golf players, the prize money can be significant.

American golfer James Piot, who only turned professional in May, earned a combined $335,000 in the first two LIV events. Jediah Morgan, who turned pro in October 2021, won $154,000 for tying in 30th place in London — $30,000 more than what he received for winning the Fortinet Australian PGA Championship earlier in the year. He received $120,000 for last place in Portland.

Andy Ogletree, who spent six months recovering from surgery in 2021, placed last in London and received $120,000. He has won a total of $38,000 playing on the PGA Tour since turning pro in late 2020. Ogletree did not play in the LIV Portland event.

“If the PGA Tour is going to compete on dollars, in dollars alone, against a foreign monarchy that is trying to buy the game, that’s a very difficult spot for us to be in,” PGA Tour commissioner Jay Monahan told the FT. “We’re 100 per cent focused, you heard me say this I think three times today, on creating the strongest possible competitive platform for the best players in the world.”

Both circuits have punished members who turned out for LIV. The PGA Tour hit players with suspensions and the European Tour imposed £100,000 fines on those who played for LIV despite not obtaining approval.

The PGA and the European tours are strengthening their alliance as a show of unity following the departure of several high-profile members to LIV.

Last week, they said the PGA would increase its 15 per cent stake in the European circuit’s media production company, which was acquired for $85mn in 2020, to 40 per cent.

Increasing the financial rewards on offer has been a priority for both tours. The European Tour’s total prize fund for 2022 amounts to more than $140mn, excluding the majors and world golf championships, up from its 2019 record of $130mn and bolstered by a title sponsorship with Dubai-based DP World.

The PGA Tour last year introduced its “player impact programme”, a $50mn fund reserved for golfers who “positively move the needle”, for example through social media and promotional activities. It also set out plans to increase annual prize money by 16 per cent to $427mn in 2022.

European Tour chief executive Keith Pelley told the FT last week that he had never been a “fan of purely paying appearance fees just for players to play”.

“The magic of this game is the essence of true competition, the legacy of established tournaments and the greats of our game and recognising them,” he said.