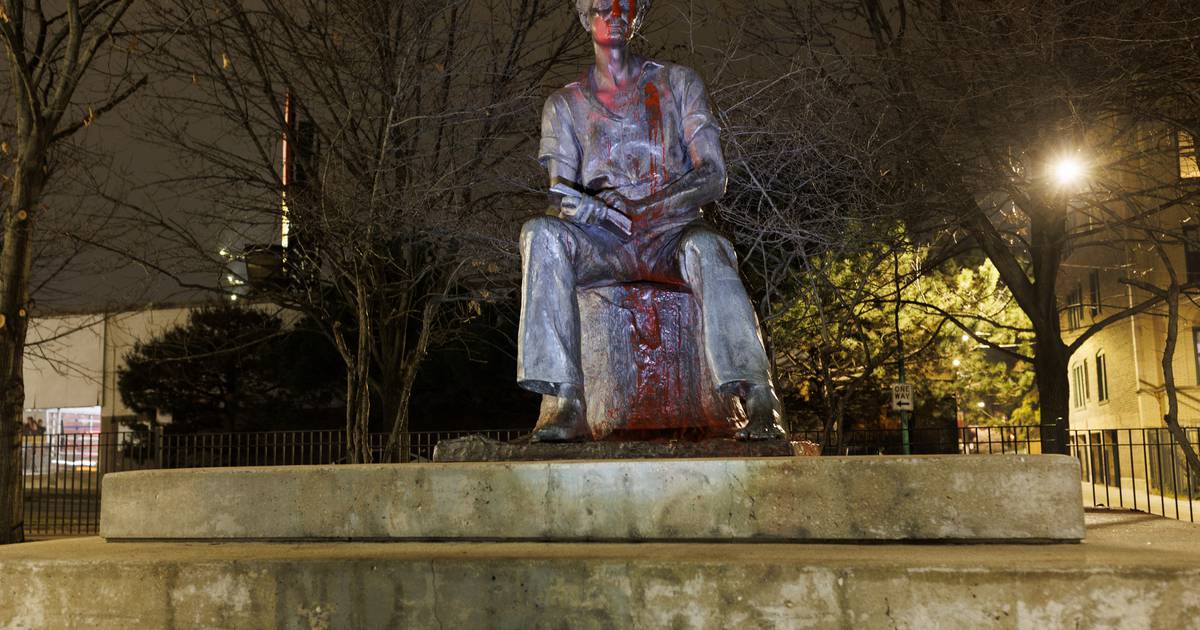 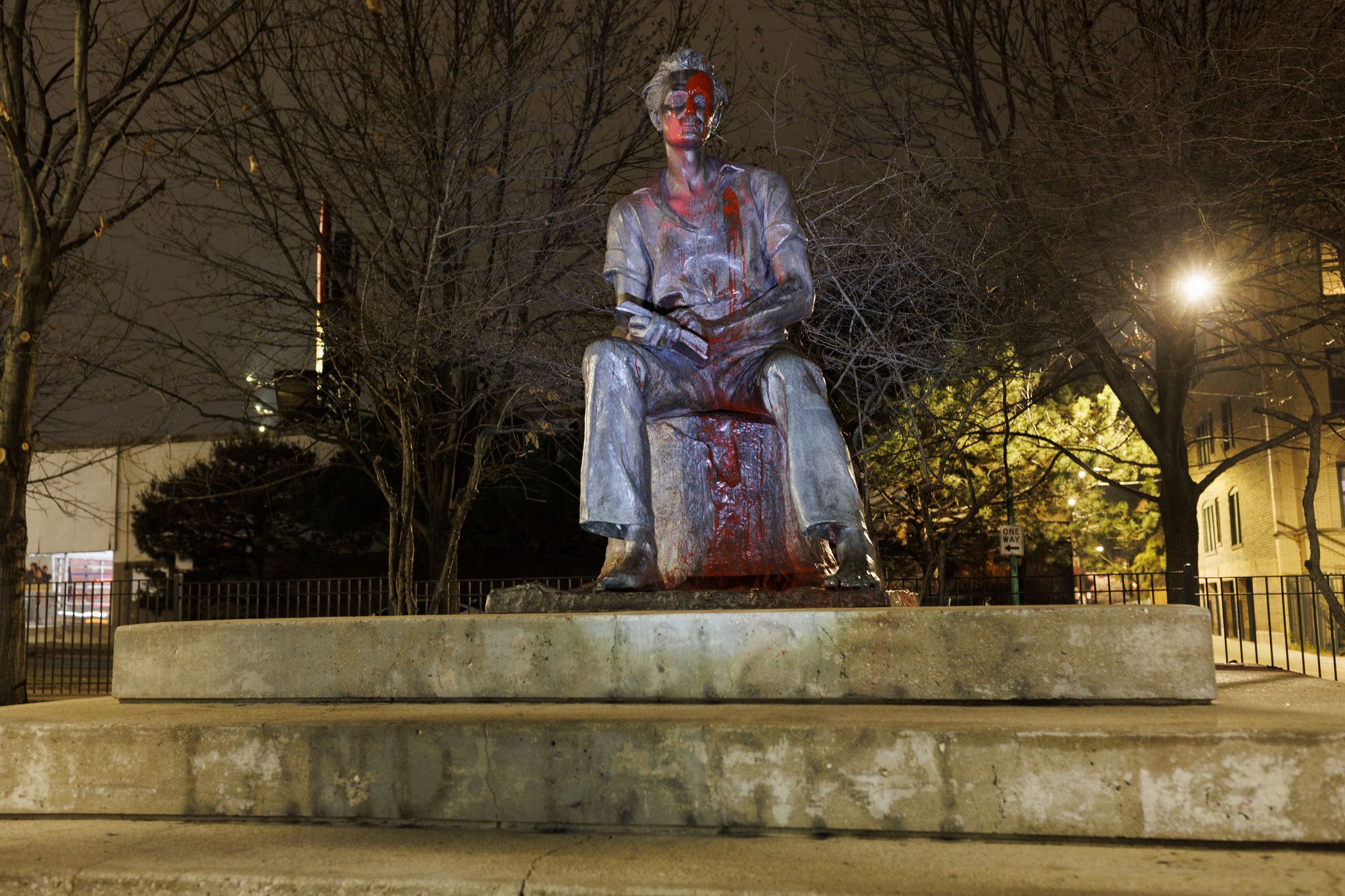 A statue of young Abraham Lincoln was splashed with red paint on Thanksgiving Day with the words “COLONIZER” and “LAND BACK!” written below it in Chicago’s Edgewater neighborhood.

The vandals also reportedly wrote “Dakota 38,” in apparent reference to 38 Dakota Sioux who were executed on Lincoln’s order following the U.S.-Dakota War of 1862, also known as the Sioux Uprising.

This was the second time a Lincoln statue had been vandalized in Chicago recently. A statue of the former president was also defaced with a similar message in Lincoln Park in October.

The writings on the ground were removed, and the statue was expected to be cleaned up Monday, Chicago Park District spokeswoman Michele Lemons wrote in an email to the Tribune. The Park District filed a police report about the incident.

In 2020, police officers and protesters battled over a statue of Christopher Columbus, which was later removed. In August, a city commission recommended a series of new public memorials and the removal of several statues for honoring white supremacy or disrespecting Native Americans. The commission recommended further review for the Young Lincoln statue, as part of tributes that should be revised or have added narrative.

The latest controversy references the Sioux Uprising of 1862, when, after the Sioux were forced off their land and suffered starvation, they attacked and killed hundreds of settlers, according to Encyclopaedia Britannica. A military commission sentenced 303 Dakota fighters to death. Lincoln authorized the hanging of 38 of the men in Minnesota in the largest mass execution in U.S. history.

Chicago police said no one was in custody but detectives were investigating. The city donated the Young Lincoln statue by sculptor Charles Keck to Senn Park in 1997.