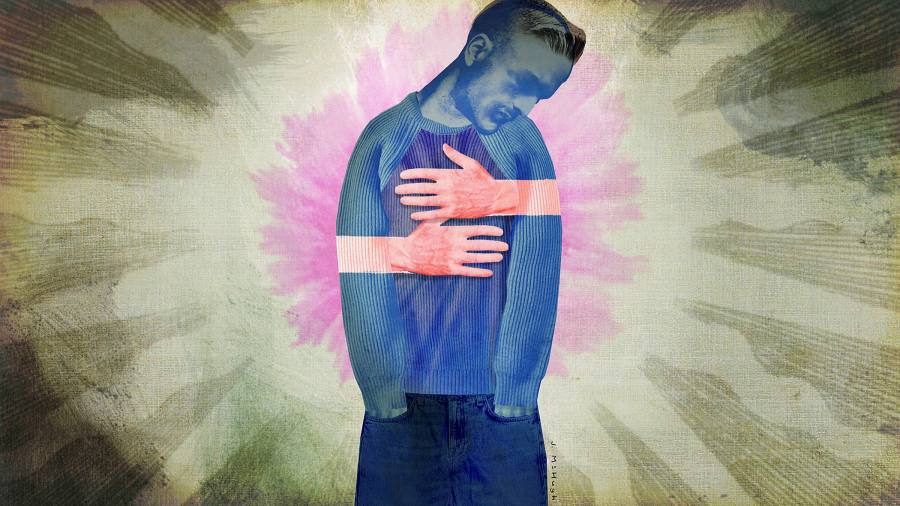 I recently met a Californian who had just been to the wedding of “Greg”, a boy he has mentored since the age of nine. “Greg” was from a troubled family, in touch with the usual run of social services. Twenty years on, his friendship with David — a modest hotelier — has outlasted all of that. Childhood swimming lessons and walks turned into Greg vetting David’s girlfriends, and them going to each other’s weddings.

This shouldn’t be a fairy tale. David says it’s an unremarkable story about the kind of stability and love that most kids get from their parents and vice versa. But it points to something important: why is it so often the non-state actors, in this case Big Brothers Big Sisters of America and in others individual foster parents, who spot that a strong relationship can heal the scars of hardship more powerfully than anything else?

In England, a new review of children’s social care argues for putting love and stability at the heart of a system that often frustrates the efforts of social workers to provide it. The number of children in care has risen by 24 per cent over the past decade, to 80,000.

Without reform, the review’s author Josh MacAlister predicts that the numbers will rise to almost 100,000 in the next decade. And the outcomes are not good: 41 per cent of 19-21 year olds who had been in care were not in education, employment or training between 2018 and 2020, compared with 12 per cent of all young people.

What strikes me is how little those statistics have changed in the 16 years I have been looking at social work. In 2006, after a chance meeting with a desperate mother, I started to expose miscarriages of justice in the secretive family courts system. I sat in the front rooms of people whose children had been removed by social workers who were expected to both support families, and split them up.

After my campaign convinced the government to open those courts to the media, I started to meet social workers who were up against bureaucracy and low pay. Many were achieving success despite a system which kept them at their desks, when they wanted to be out building the kind of bonds my new Californian friend did. I remember one weary male social worker telling me how he would race to the side of a girl who trusted him and no one else when she got into trouble; only to be told off by his boss for working overtime.

That kind of dedication is called love. It’s what I saw when my friend, in her mid-twenties, took on her brother’s two children after he and his wife became heroin addicts. It’s what John Timpson and his wife Alex showed when they fostered 90 children alongside their own sons — an experience which led Timpson to write a little book on “attachment”: namely helping children to heal and feel secure. But it’s hard to achieve this in a system which is braced against evil. Last week’s reports into Star Hobson and Arthur Labinjo-Hughes, both children murdered in 2020 by partners of their parents who manipulated social workers into ignoring the wider families’ concerns, are hard to stomach.

Such tragedies result in more and more risk-aversion among social services, which does not protect children. The MacAlister review finds that only two-thirds of social workers employed by local authorities are “case holders” responsible for seeing families, and even they spend only one-third of their time working directly with families, because there is so much form-filling. This is a staggering misuse of social workers, and a reason why good people sometimes give up and leave the profession.

The need to sustain more great people in social work led Josh MacAlister to set up Frontline, the non-profit which puts top graduates into child social work and which I chaired from 2017 to 2021. There is no shortage of great applicants, despite the challenges of a job which involves making finely balanced judgments under heavy workloads in often harrowing situations. But it’s clear that the care system would be more effective if it helped social workers to support families earlier, and cemented life-long relationships beyond the age of maturity. Adoption is one way to do that, and changes made by the coalition government removed some of the barriers, but it is not right for all children.

MacAlister’s review recommends a system of early help which it estimates could assist 30,000 more children to stay safely at home. Crucially, it would separate that task from the hard-edged but vital work of child protection. This could solve a problem which bothers me every time I go to a community living in the spotlight of the state, visited by a revolving cast of health visitors, social workers, probation and police officers they are primed to distrust. If social workers were truly empowered to support a family’s solutions, we could stop vulnerable children being moved out of their birth town, away from teachers, friends and extended family who have their interests at heart. It might even help the women who have multiple babies removed because they themselves have been abandoned.

Unwittingly we have created services which cut across the building of life-long relationships that better-off children take for granted. Governments across the world struggle to replicate that kind of love, partly because relationships are messy, organic and human, and don’t fit easily on a spreadsheet. But a system which was devoted to enabling relationships, which is what MacAlister advocates, could mean that one day, Greg’s attendance at my friend David’s wedding will seem unsurprising. In fact, it is the least we should expect.