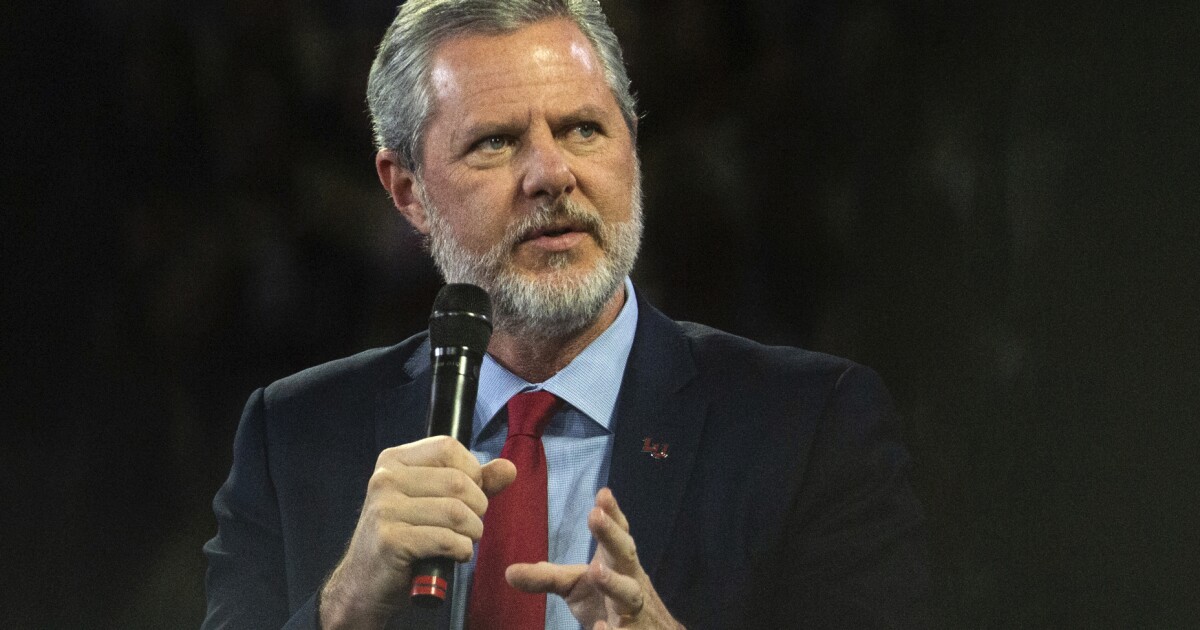 Liberty University, a fundamentalist Christian college, has filed a $10-million lawsuit against Jerry Falwell Jr., the son of its founder and the former president of the institution. The suit is the latest action by the university to distance itself from some members of the Falwell family, who have led the institution from its opening in 1971 until August 2020.

Falwell, the firstborn child of the famed evangelist Jerry Falwell Sr., helped build the institution into one of the nation’s best-known Christian colleges and a major player in online education. But he stepped down from his role as president last summer after a series of revelations about his personal life and embarrassing photos that tainted his reputation and that of the university.

The civil suit, filed in a Virginia circuit court on Thursday, charges that Falwell breached his contract with the university and his fiduciary duty to the institution and deliberately withheld information about the scandals that were enveloping his family, even as he was negotiating a new contract and a higher salary.

Citing revelations by Falwell himself — in a newspaper column and a defamation lawsuit against Liberty that he later dropped — the university says the former president failed to disclose an affair between his wife, Becki, and a young business associate, Giancarlo Granda, as well as Granda’s alleged attempts to extort the couple.

If Liberty University’s board had known of the affair and the attempted extortion of the Falwells, it would have not agreed to the new contract, according to the lawsuit. The suit also charges that Falwell should have disclosed to the board “his personal impairment by alcohol.”

In a written statement to The Chronicle, Falwell said the lawsuit is “yet another attempt to defame me and discredit my record, following a series of harsh and unnecessary actions against my children, Becki, and me.”

Falwell says that during his time at Liberty he “always abided by the requirements that applied to everyone on the university staff.”

“This lawsuit is full of lies and half truths,” Falwell wrote, “and I assure you that I will defend myself against it with conviction.”

A spokesman for Liberty did not immediately responded to a request for comment on Friday.

In an interview with The Chronicle on Friday, Falwell said he had not had an alcohol problem and that his previous marital issues were between him and his wife. To the extent that he drank too much, he said, he did so under the pressure of an extortion attempt.

“I was depressed and going through all the extortion attempts,” he said. “Who wouldn’t be drinking a little more than usual? What difference does it make to the board if Becki had a problem in the past and I’ve forgiven her?”

Before he resigned, Falwell said, the board had urged him to seek treatment for an alcohol problem. But Falwell had refused. After he resigned, feeling lethargic, Falwell said he thought the board may have had a point and, in September, he entered a “detox facility” in New England.

“I told them how much I drank; they said, ‘You don’t have a drinking problem,” Falwell said.

At the facility, within a couple of days, Falwell was found to have low oxygen levels, and he was sent to the emergency room, he said. Doctors identified blood clots in both of his lungs, he said. He had been so fatigued, he said, that he could sometimes barely muster the energy to put on his shoes.

“I had health problems, and the board assumed it was excessive drinking; it wasn’t,” Falwell said. “I did have stress-induced depression” as a result of extortion attempts.

(Falwell has since been prescribed Coumadin, a blood thinner, to treat his condition, he said).

After he was treated at the hospital, Falwell said, he returned to the detox facility for a few more days — not because he thought he needed it, he said, but because he had already paid for it and “it was such a nice room.” Falwell still drinks alcohol “moderately,” he said.

Alcohol and substance abuse can bring unwanted attention to any college president. For Falwell and Liberty, though, this was especially true. Liberty is known for a strict code of conduct that forbids students from drinking, and reports of Falwell’s exploits invited charges of hypocrisy and threatened the university’s evangelical brand.

After years of controversy, Liberty has taken other steps to divorce itself from Falwell, who had become a political lightning rod for his embrace of former President Donald J. Trump. Trey Falwell, the former university president’s son, as of this week is no longer a vice president at the institution — a position that paid him more than $200,000 a year.

Liberty is also overhauling the mission of its Falkirk Center, formed by Falwell and the conservative activist Charlie Kirk to promote evangelical Christian values in politics. According to news accounts, the university recently declined to renew its contract with Kirk, who is also the leader of Turning Point USA, a conservative advocacy group for high-school and college students.