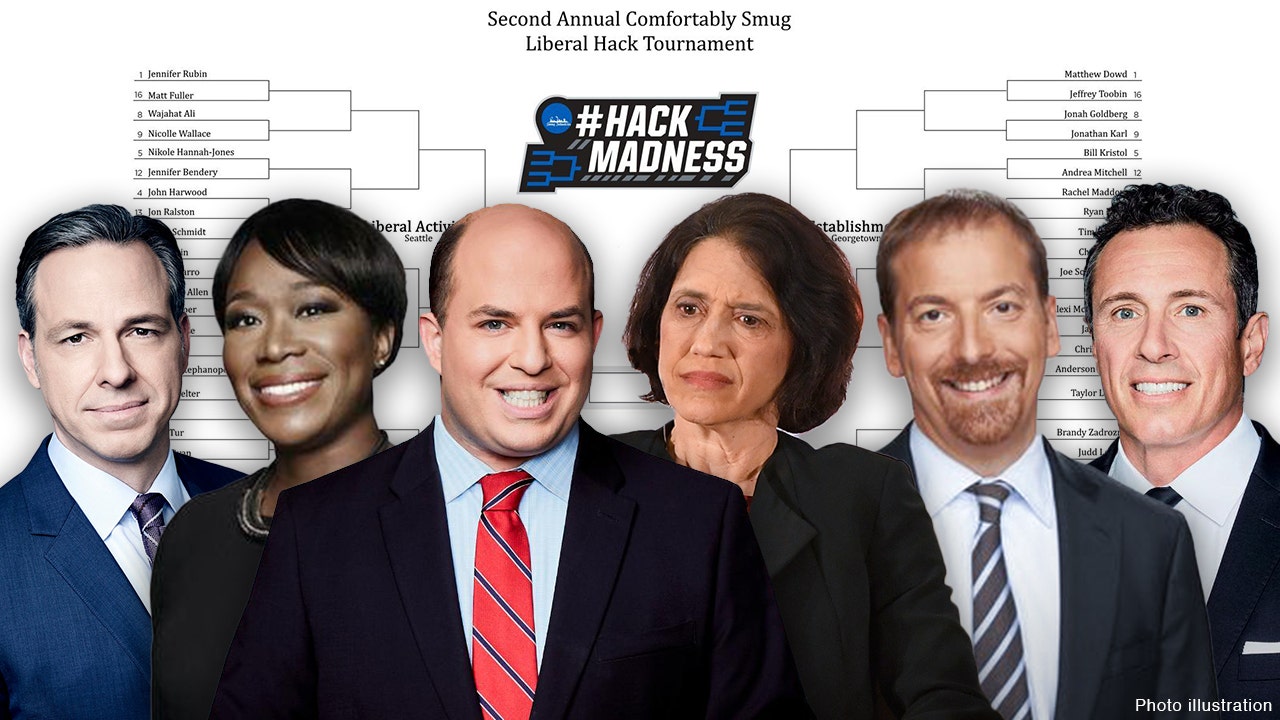 One of Twitter’s most highly-anticipated events of the year is underway as some of the biggest media stars compete for the title of greatest “hack.”

The “Ruthless” podcast announced on a special Sunday “progrum” the competitors in the second annual “Liberal Hack Tournament,” an NCAA-style contest pitting members of the mainstream media against each other in the ultimate fight to become the supreme hack.

CNN’s leftwing media guru Brian Stelter, who last year became the first-ever “Liberal Hack Tournament” champion, is back to defend his title as the No. 1 seed but has switched divisions from the “Way-Too-Online” hacks to the “Fake News” hacks out of Atlanta.

Replacing Stelter as the No. 1 seed in the “Way-Too-Online” division out of Brooklyn is a fresh up-and-comer, New York Times reporter Taylor Lorenz, who wasn’t even eligible to compete in last year’s contest.

Each matchup will compete in Twitter polls shared by “Ruthless” co-host Comfortably Smug and the general public and vote for their favorite hacks. Nearly one million votes were cast throughout the tournament last year.

Acosta returns as a No. 2 seed after competing last year as a No. 1 seed. The liberal CNN reporter was narrowly defeated in an unprecedented runoff against Rubin in the Final Four after the two of them had a virtual tie in the initial matchup.

Maddow, after a strong showing in the Final Four last year as a No. 13 seed, returns as a No. 4 seed, hoping to make it to the finish line after falling short of Stelter’s “hack” dominance.

COMFORTABLY SMUG, JOSH HOLMES ON WHY ‘RUTHLESS’ IS LIKE NO OTHER CONSERVATIVE PODCAST

Meanwhile, The New York Times has a much weaker showing with just two competitors, a decrease from the three competitors it had at last year’s tournament. Appearing alongside Lorenz this year is Nikole Hannah-Jones, the reporter behind New York Times Magazine’s fact-challenged “1619 Project.”

Even the disgraced anti-Trump group The Lincoln Project has representation in this year’s contest with John Weaver, co-founder and accused sexual predator, competing in the “Way-Too-Online” division while his former colleague Steve Schmidt is competing among the “Liberal Activists.” Both of them are No. 6 seeds in their respective divisions.

A spokesman for the “Ruthless” podcast told Fox News, “It’s easily the most highly anticipated spectacle of its kind. The contestants worked hard all year for their chance at glory and fans from coast to coast are ready to crown a new champion.”

“Ruthless,” which is co-hosted by Comfortably Smug, Josh Holmes, and Michael Duncan, is described as a “variety progrum” that “brings the next generation of conservative talk to the next level.” New episodes are released every Tuesday and Thursday.