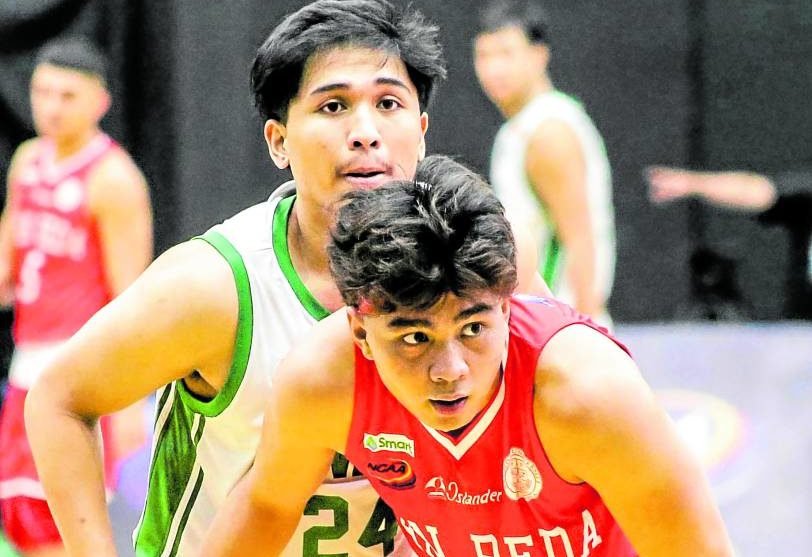 Rhenz Abando is quite aware that for all those heroics he pulled off for the Letran Knights the entire season, he will be judged largely on how good he fares against the San Beda Red Lions.

“Since the season began, we know how difficult it is to compete against them,’’ said Abando in Filipino after again leading the charge for the Letran Knights in a calculated 73-69 victory over the San Sebastian Stags on Tuesday in the NCAA Season 97 men’s basketball tournament.

The much-awaited rivalry between the defending champion Knights and the Red Lions, the previous season’s finalists, is set on Friday.

James Kwekuteye earlier buried a clutch three as the Lions escaped with a 67-63 victory over the College of St. Benilde Blazers and will enter their duel with the Knights riding high with a 7-1 record.

“They will give us a hard time. We just have to be more focused than them in that game,’’ said Abando after putting solid figures of 18 points, nine rebounds, a steal and a block off the bench.

It was team captain Jeo Ambohot, however, who sealed the eighth straight victory of the unbeaten Knights with a free throw and a rebound off his own miss in the dying seconds that denied the Stags an opportunity to equalize.

JM Calma, who pulled his team within three with a deep jumper from the corner before Ambohot came to Letran’s rescue, had 22 points and 14 boards for the Stags, whose sixth defeat in the nine-game elimination round pushed them out of contention for a play-in spot.

“I have become used to playing off the bench. It was designed by our coach to sustain a tough lineup from the starters to the second group,’’ said Abando, one of the leading contenders for this season’s Most Valuable Player as well as for the rookie of the year honors.

Abando will need to be even more productive against the Red Lions.

Kwekuteye’s triple with 51.7 seconds remaining shattered the last deadlock at 63 and propelled San Beda closer to a Final Four spot with their seventh win in eight games.

If Mapua beats Lyceum on Wednesday, San Beda will be in a must-win against Letran to seal the No. 2 spot in the Final Four and own a twice-to-beat edge.

“I will be looking forward to this game and keep myself in really good shape,’’ said Abando.

And the Red Lions are expected to be fiercer than they were against the Blazers, who fought hard until the end, only to be undone when Robi Nayve missed three free throws that would have tied the count and potentially sent the game to overtime.

Instead, the Blazers fell to their fourth loss in nine games and will go through a play-in. INQ