Lessons from an underground women’s abortion service, the Jane Collective 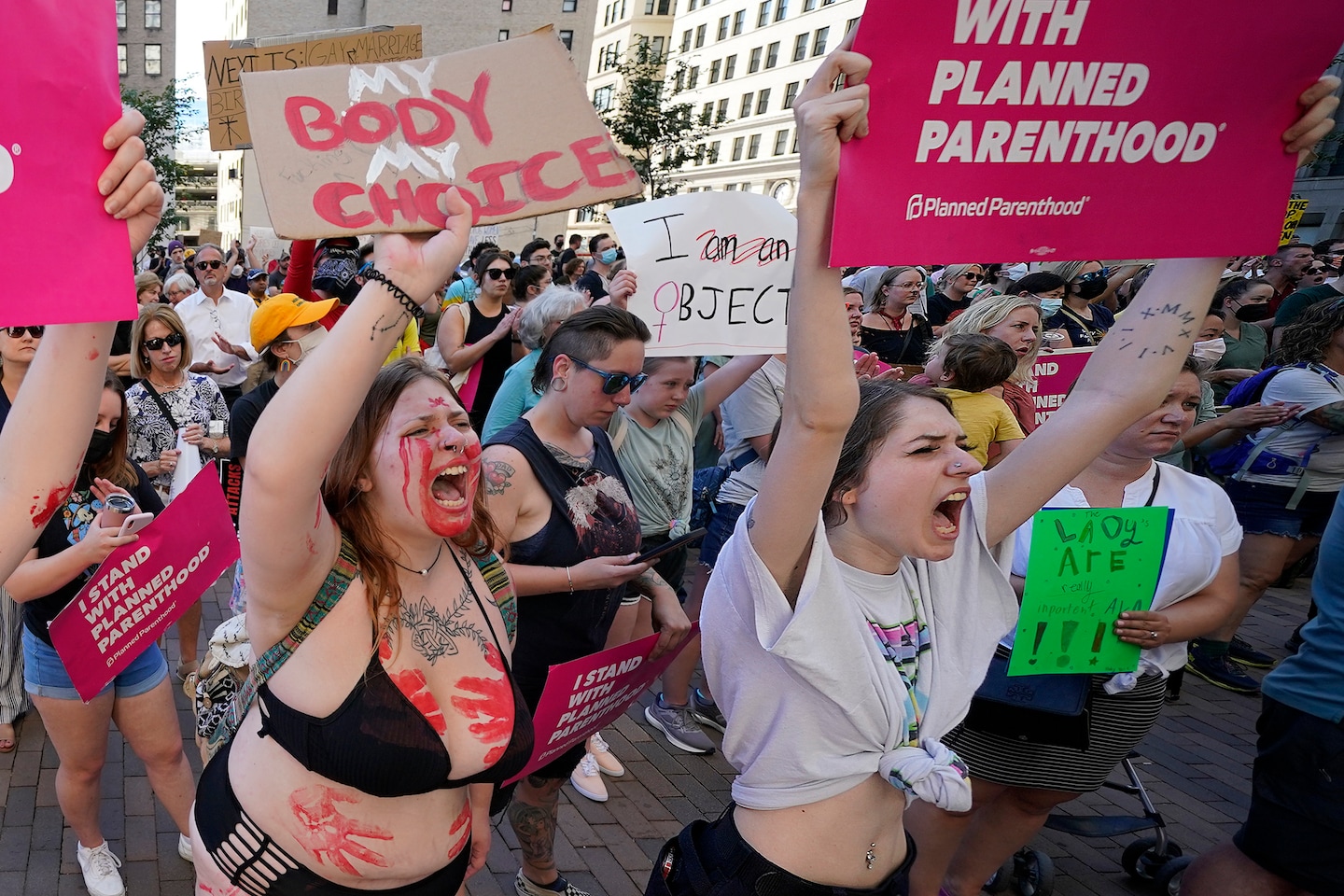 Now that the Supreme Court has overturned Roe v. Wade and eliminated the constitutional right to an abortion, activists are scrambling to grapple with a world in which abortion access is even more intensely criminalized. Today’s reproductive justice movement can learn important lessons from the strategies of past organizations — like the mysterious feminist organization known as the Jane Collective.

From 1969 to 1973, Chicagoans who dialed 634-3844 would hear a voice say, “This is Jane from women’s liberation. If you need assistance, leave your name and phone number and someone will call you back.”

Anyone who left a message would be contacted by a member of a network of women, all of whom called themselves “Jane.” The Janes facilitated safe abortion access when doing so constituted a crime and necessitated the utmost secrecy.

The Jane Collective was incredibly successful. Over the four years of its existence, the Janes returned 11,000 phone calls. They had no fatalities, and none of the Janes served time, even after repeatedly breaking the law.

The Jane Collective is a concrete example of how to provide safe abortion access when abortion is criminalized — and a potential blueprint for the future.

The Jane Collective was composed of about 20 women, almost all of whom were White, cisgender and middle class. Many were young, and several had connections to student movements at the University of Chicago. To minimize the risk of being arrested, they kept their identities secret and met in private homes. They distributed their phone number by writing it on public bathroom walls. Eventually, sympathetic health-care providers learned of the network and began quietly passing the number along to clients seeking a safe way to end their pregnancies.

The Janes were immediately frustrated by the high cost of abortion and the control that men had over it. The procedure typically cost $500, putting it out of reach for many. To reduce that cost, the Janes began referring almost all of their clients to one practitioner who was willing to negotiate fees. Soon, they learned, however, that this provider was not an MD but someone who had apprenticed with one. If he could learn to perform safe abortions, then the Janes reasoned they could do the same.

Performing abortions themselves was important to the Jane network for reasons beyond cost. Peer support and bodily control were critical principles of the feminist health movement. The Janes saw providing safe abortions in an environment where clients received education and support as a form of feminist liberation.

The Janes’ self-reliance and careful attention to secrecy allowed them to carry out their work without arrests. They also enjoyed tacit protection from local police. Some collective members hypothesized that Chicago police sympathized with their goals and sent their wives and sisters to them. The White identity and middle-class status of the collective also provided them with protection. Collective members reported that police saw them more like their wives and girlfriends, instead of underground abortionists.

While the Janes’ privileges afforded them advantages, it also limited their effectiveness. Given their background, they struggled to fully support their low-income clients and clients of color. For the same reason, they also failed to attract and retain collective members who were Black, Indigenous or people of color.

Chicago police interfered with the Jane network only once in a raid that some collective members believed was a mistake. On May 3, 1972, seven Janes were arrested. By the time their case was scheduled for trial, however, the Supreme Court’s decision in Roe v. Wade made abortion legal in Illinois. Prosecutors dropped the charges against the women. The money they raised for their legal defense became a fund for a reproductive health-care clinic.

That clinic is still standing today. Chicago Women’s Health Clinic provides health care to all women, both cisgender and transgender, as well as trans men and nonbinary people. The clinic’s model of care is informed by the lessons of the Jane network and emphasizes informed consent, bodily autonomy, harm reduction and peer education. Chicago Women’s Health Clinic does not provide abortions but refers clients to a network of providers that share their approach. With Roe now overturned, these providers will continue their work, applying the lessons of the Jane network and other feminist health groups to develop ways to navigate new challenges.

Places like Illinois, where abortion access is legally protected at the state level, will probably become hubs serving surrounding areas where abortion is illegal. According to Scout Bratt, the outreach and education director of Chicago Women’s Health Clinic, the number of people for whom Chicago is the closest place to access an abortion could rise by 8,000 percent. Bratt says that responding to local concerns will be key and that activists will need to develop techniques tailored to their communities — much as the Janes once did.

Because 89 percent of U.S. counties currently have no abortion providers, the reproductive justice movement is already organized to help women and other pregnant individuals access abortion. Organizations such as the National Network of Abortion Funds are expanding rapidly but will struggle to meet demand in a post-Roe United States.

Already, activists such as Mai’a Williams, co-editor of “Revolutionary Mothering” and member of a full-spectrum reproductive health group called the Spiral Collective, are learning from groups like the Jane Collective. Williams advocates for supporting “smaller, more flexible, on the ground, on the front lines reproductive justice organizations.” As the Janes did, Williams believes that activists should develop a robust strategy for underground abortion providers who use some of the best available medical technology. For the Janes, that meant dilation and curettage (D&C) surgical abortions, but today it will mean misoprostol pills for self-managed abortions.

The abortion rights movement can also learn from the struggles — not just the successes — of the Jane Collective. Confronting racial disparities in health care will be a crucial part of a reinvigorated underground abortion movement. Williams points out that many of the states where abortion is now largely illegal (or soon will be) have large Black communities and long histories of Black birth-workers providing critical health care. “The threat of losing their career, their licensing, and even their freedom hangs over everything they do,” she says. To navigate escalating criminalization, Black health workers are drawing on the example of organizations like the Jane Collective and their own rich history. Some of their strategies are new, like using Virtual Private Networks and encryption, and others are the same that the Janes used, such as in-person meetings and codenames.

With many Americans now fearful of losing abortion access, or having already lost it, learning from the example of organizations like the Jane Collective can provide critical lessons as well as comfort and hope.