Lebanon to re-peg its currency after 25 years 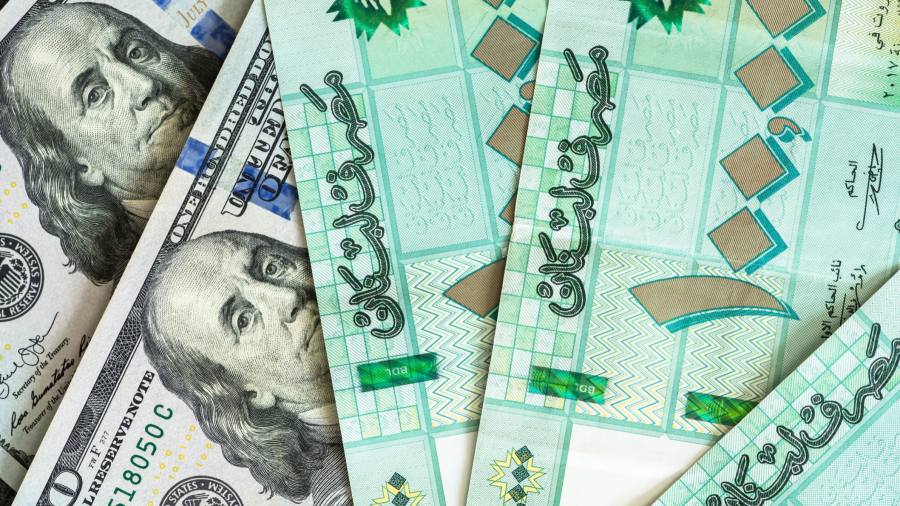 Lebanon is to re-peg its currency for the first time in 25 years, slashing its value against the dollar, in an effort that will meet the IMF’s demand that the peg moves closer to the black market value and help restore confidence in the financial system.

Lebanon’s currency has been pegged to the US dollar since 1997 at a rate fixed by the central bank of 1,507 Lebanese pounds to the dollar. The new rate of 15,000 to dollar will come into effect on November 1, a statement from the finance ministry said. The rate of the pound on the black market on Wednesday evening was 38,500 pounds to the dollar.

Since the start of the country’s financial meltdown in October 2019, the currency has unravelled, losing more than 95 per cent of its value. Wednesday’s move is a step towards unifying the country’s various exchange rates, finance minister Youssef Khalil told Reuters.

“Today, Lebanon has entered a new phase and is no longer using an official US dollar exchange that makes no sense. Now we have one that is useful, based on which you can steer the economy toward a better situation.”

The crisis, which the World Bank has called one of the world’s worst economic crises of the past 150 years, has left the majority of people locked out of their deposits and more than three-quarters of the population in poverty.

The collapse in the currency has badly affected depositors, most of whom have been unable to access their dollar savings or been forced to make withdrawals in pounds at punishingly low rates.

Although the government reached a draft funding agreement with the IMF in April, the deal was contingent upon implementing divisive economic and political reforms, which have yet to be agreed. Unifying the exchange rates is one of the IMF’s key prerequisites to unlock the $3bn loan facility.

Following a staff visit to Beirut last week, IMF officials said the Mediterranean nation’s leaders had been “very slow” to enact the changes.

“Despite the urgency for action to address Lebanon’s deep economic and social crisis, progress in implementing the reforms agreed under the April [staff level agreement] remains very slow,” the fund said. “In particular, the majority of prior actions have not been implemented.”

Authorities have resisted finalising a recovery plan that would go towards addressing the $72bn of losses in the financial system.

Government officials are holding discussions with banks and depositors on over how the decision will be applied. The goal would be to help the private sector on an orderly transition to the new exchange rate, a statement from the ministry said.

Many Lebanese blame the financial sector and the central bank for the crisis.

The report said public finances were used to capture the state’s resources for political patronage, creating a “deliberate” depression, adding that a significant portion of people’s savings had been “misused and misspent over the past 30 years”.