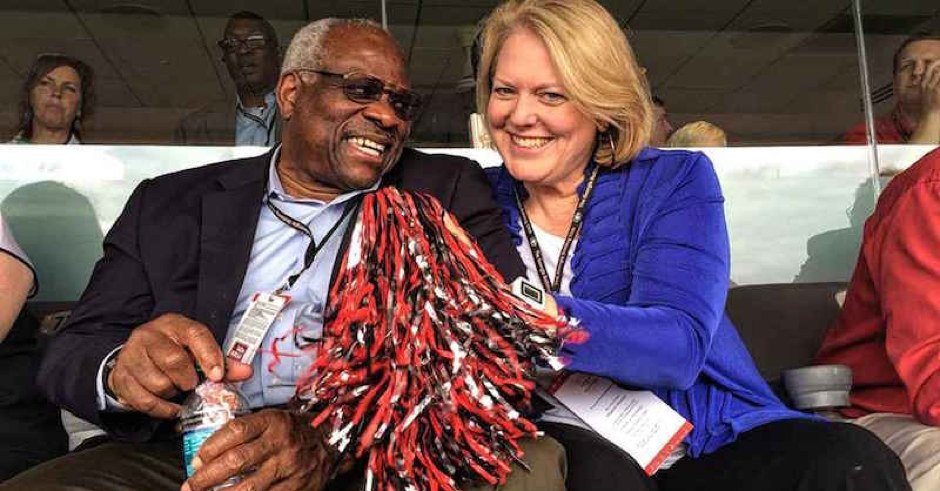 Ginni Thomas, the courageous wife of US Supreme Court Justice Clarence Thomas, reportedly pushed Arizona legislators to ensure that Arizona’s 2020 election was audited and that their electoral votes went to the rightful winner.

This was the latest leak by Liz Cheney’s sham Jan. 6 Committee to the press.

New emails from the days following the rigged and stolen 2020 election reveal the Republican effort to guarantee election integrity, security, and transparency.

Thomas wrote: “Please stand strong in the face of political and media pressure. Please reflect on the awesome authority granted to you by our constitution. And then please take action to ensure that a clean slate of electors is chosen for our state.”

In January, Thomas was the only justice to say Trump should be able to withhold from the House committee investigating the January 6 Capitol attack documents which turned out to include texts sent by his wife to Trump’s chief of staff.

She also requested a live or online meeting “so I can learn more about what you are doing to ensure our state’s vote is audited and our certification is clean”.

One of the lawmakers, Shawnna Bolick, replied, saying, “I hope you and Clarence are doing great!” but deflecting the demand for a meeting.

The Post also reported that Thomas emailed the same Republicans on 13 December, a day before the electoral college met to confirm Biden’s victory.

That email said: “Before you choose your state’s electors … consider what will happen to the nation we all love if you don’t stand up and lead.”

the email contained a link to a video of a man who appeared to be Geoffrey Botkin, an activist, “delivering a message meant for swing-state lawmakers, urging them to ‘put things right’ and ‘not give in to cowardice’ [and saying] ‘You have only hours to act’.”

On 14 December, the day the electoral college confirmed Biden’s win, Bolick signed a letter calling for Arizona’s electoral votes to go to Trump or “be nullified completely until a full forensic audit can be conducted.”

The fake news media is calling this effort to secure American elections Thomas a “conflict of interest,” despite the fact that she is a private citizen. They are trying to dig up everything possible to discredit the results of the Arizona audit and the “2000 Mules” investigations.

Thomas’ heroic push to audit the vote may have saved elections in America, and the left-wing media hates her for it.

The Gateway Pundit previously reported that Rep. Finchem introduced a historic resolution to decertify Arizona’s fraudulent 2020 Presidential Election citing the evidence brought forward from the Arizona audit. Arizona House Speaker Rusty Bowers has refused to give this bill any cosideration to date, but it’s not dead yet.