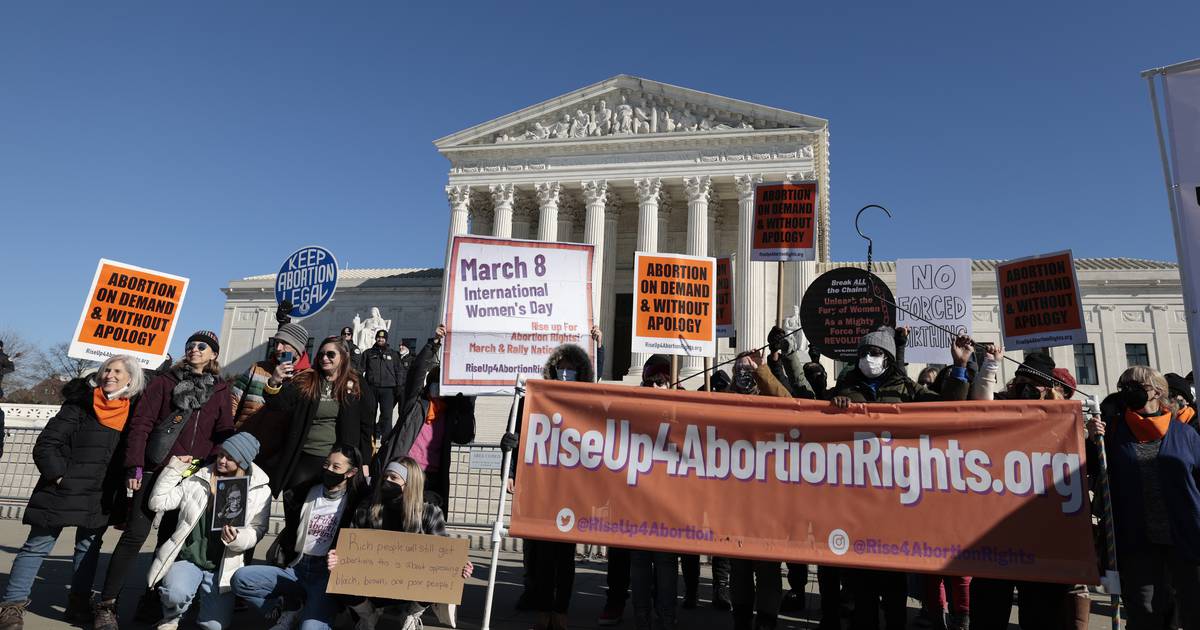 In a decision that would undo 50 years of a polarizing law that legalized abortion across the nation, the U.S. Supreme Court may be close to striking down the landmark abortion case Roe v. Wade, according to a leaked draft opinion.

The opinion marked “1st draft” and written by Justice Samuel Alito argues that abortion is not a right because “such a right has no basis in the Constitution’s text or in our nation’s history,” according to the draft published by the website Politico.

“Roe was egregiously wrong from the start,” Alito writes in the draft decision which indicates it was first circulated in February.

“We hold that Roe and Casey must be overruled,” it adds, referencing the 1992 case Planned Parenthood v. Casey that affirmed Roe’s finding of a Constitutional right to abortion services but let states to place some constraints. “It is time to heed the Constitution and return the issue of abortion to the people’s elected representatives.”

The reaction to the Politico report was swift and immediately fierce.

Gov. Hochul rushed out a press release urging woman wanting abortions to come to New York, saying they will be welcomed with open arms.

“I am horrified by the apparent draft Supreme Court opinion leaked this evening that would overturn the right to abortion guaranteed by Roe v. Wade,” she said in a statement. “For the sake of women across the country, this should not be the Supreme Court’s final opinion when it comes to abortion rights.

“New York City knows that a woman’s right to make her own health care decision is hers and hers alone. The potential assault on their freedom in right wing extremists cannot stand. We’re ready to fight like hell.”

Sen. Elizabeth Warren (D-Mass.), a former presidential candidate, said, “An extremist Supreme Court is poised to overturn Roe v. Wade and impose its far-right, unpopular views on the entire country. It’s time for the millions who support the Constitution and abortion rights to stand up and make their voices heard.”

The Alito decision contends that the right to determine abortion laws should fall to state legislatures, not judges.

States, according to the draft, may regulate abortion for “legitimate reasons,” and when those laws are challenged, courts can’t substitute “their social and economic beliefs for the judgment of legislative bodies.”

“We therefore hold that the Constitution does not confer a right to abortion,” the draft decision states. “Roe and Casey (a key 1992 court decision on abortion) must be overruled and the authority to regulate abortion must be returned to the people and their elected representatives.”

Voting with Alito were four of the other Republican-appointed justices – Clarence Thomas, Neil Gorsuch, Brett Kavanaugh and Amy Coney Barrett. It came in in a private conference following oral arguments in December, Politico reported.

Metal barricades were erected Monday night at the court in Washington, D.C. ahead of expected protests.

GOP Rep. Jim Banks of Indiana called for an immediate investigation of the leak, which is unprecedented. “If this was an attempt to intimidate the justices, the individual responsible must be punished,” Banks wrote on Twitter.

Politico said it was confident of the authenticity of the document.

“The only thing to say is that, if authentic, this leak is a shocking act of betrayal and a breathtaking breach of ethics,” wrote Notre Dame law professor O. Carter Snead, an expert in bioethics and Constitutional studies. “I wouldn’t dream of dignifying this rank corruption by commenting on the substance of the matter.”

Certain states, including Texas and Oklahoma, are already putting into place abortion laws that ban the procedure after six weeks — a time at which most women are not even aware of their pregnancy.

The health organization, the only state-licensed abortion clinic in Mississippi, won a temporary injunction staying the law as the case made its way to the Supreme Court.

The court’s 1973 decision in Roe v Wade, a Texas case, made abortion legal, ruling that the Constitution protects a woman’s right to choose without excessive government regulation.

In Casey, a divided court voted 5-4 to reject a Pennsylvania law which required married women to tell their husbands before obtaining an abortion.