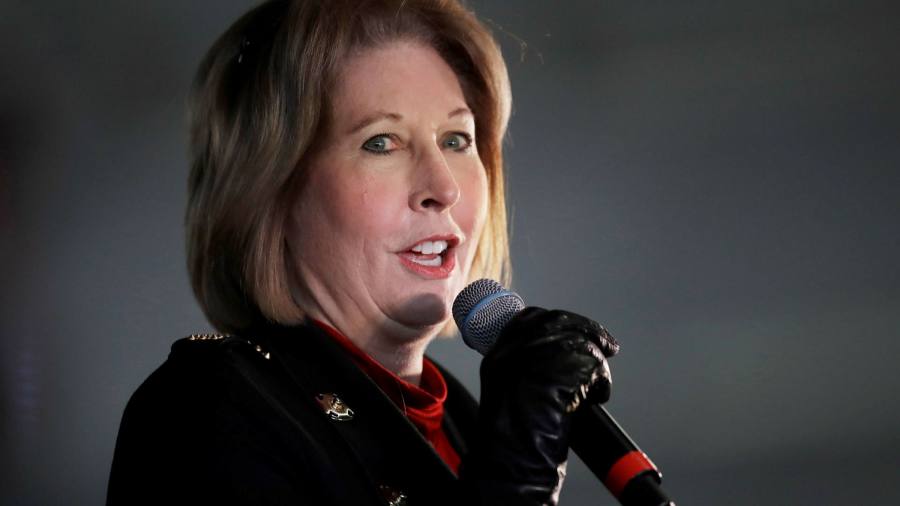 Sign up to myFT Daily Digest to be the first to know about US politics & policy news.

Lawyers who spearheaded the legal campaign to overturn the 2020 presidential election results have been hit with sanctions in the latest judicial rebuke against those at the forefront of Donald Trump’s failed campaign to remain in office.

Linda Parker, a US district judge in Michigan, ruled on Wednesday that several lawyers, including L Lin Wood and Sidney Powell, had carried out “a historic and profound abuse of the judicial process” in their lawsuit against Gretchen Whitmer, the Democratic governor of the state.

She ordered that they pay the defendants’ legal costs and receive additional legal training, and referred them for investigation to state and federal bar disciplinary authorities.

The case “was never about fraud — it was about undermining the people’s faith in our democracy and debasing the judicial process to do so”, Parker wrote in a 110-page opinion.

The decision highlights the continuing fallout for Trump’s most prominent champions nine months after the election and seven months after the former president’s supporters stormed the Capitol Building to try and overturn the result.

Earlier this summer, a New York state appeals court suspended Rudy Giuliani, the former mayor of New York and one of Trump’s most prominent supporters, from practising law in the state for making “false and misleading statements” while representing the former president.

Giuliani, Powell and others who promoted or aired unproven claims of fraud, including Fox News, have also been sued by companies they falsely accused of having helped rig the election in favour of Joe Biden, including voting machine maker Dominion. Trump has not been identified in those proceedings and remains the bookmakers’ favourite to be the Republican nominee for president in 2024.

Parker’s ruling came after the group filed a lawsuit last November accusing Whitmer and other senior state officials of having helped rig the state’s election in favour of Biden and demanding the result be overturned.

The judge accused the group of violating legal procedures and ethics and making unsupported claims of voter fraud.

Neither Powell nor Wood immediately responded to a request to comment.

Both rose to prominence last year as they promoted a range of unsubstantiated conspiracy theories about the election, including one that the late Venezuelan leader Hugo Chávez was behind a scheme to plant faulty voting machines across the US.

Powell was particularly prominent on rightwing news channels, and as a result is now being sued by Smartmatic and Dominion, two voting technology companies she falsely accused of being part of the conspiracy.

Dominion is seeking more than $1.3bn from her, her law firm and a fundraising organisation she founded. Smartmatic is seeking billions of dollars in damages from a range of defendants, including Powell, Giuliani and Fox News.