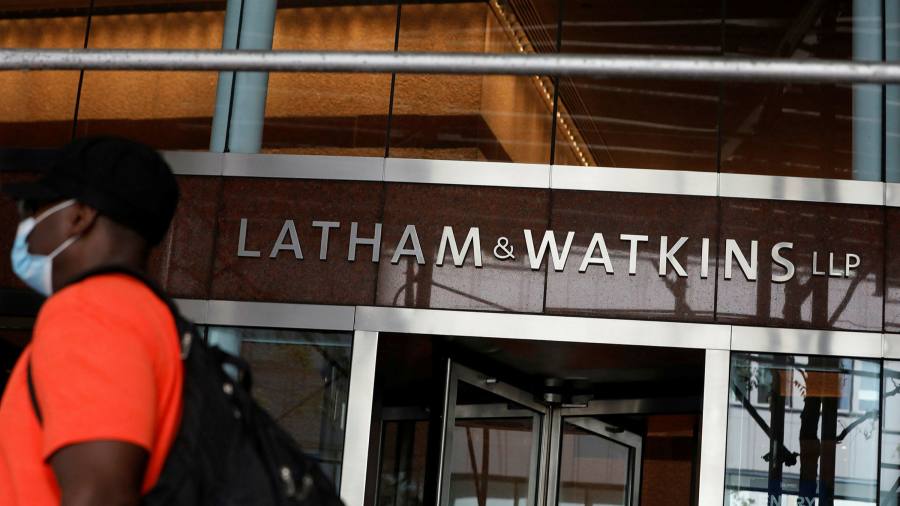 The elite US law firm Latham & Watkins posted record revenues of $4.3bn last year, among the highest-ever for a law firm, following a surge in demand during the pandemic.

California-based Latham boosted revenues by 15 per cent and increased profits per equity partner by 20 per cent for the 12 months to December. Its 524 equity partners reaped an average $4.5m apiece as business surged across areas including restructuring and private equity.

Managing partner Rich Trobman said: “Demand for our services — spanning our transactional, litigation and regulatory practices — grew significantly as clients turned to us across our platform worldwide.”

Latham’s latest results push it ahead of the Chicago-founded giant Kirkland & Ellis, which previously held the title of the highest-grossing law firm in the world with revenues of $4.15bn in 2019.

Kirkland has not yet reported its results for the 2020 financial year, but in February the Financial Times reported it was approaching $5bn in turnover, indicating it could soon reclaim its top position.

US law firms have been posting stellar results following a calendar year dominated by the Covid-19 crisis. A rush of queries from corporate giants in distress triggered large restructuring deals.

Meanwhile, an unexpected boom in private equity and mergers and acquisitions resulted in lucrative mandates for transactional lawyers at firms such as Latham, whose clients include the private equity company Carlyle Group.

The value of private equity deals worldwide hit the highest level since 2007 last year according to figures from Refinitiv covering January 1 to December 22, amounting to $559bn in buyout group deals. Some 8,000 deals were announced — the most since records began in 1980.

In some cases a boom in work related to special purpose acquisition vehicles also funnelled work to M&A lawyers.

At the end of last year firms including Cravath, Swaine & Moore as well as international firms such as Clifford Chance announced bonuses of up to $100,000 for junior staff following intense work rates during the crisis.

The law firm also worked on the restructuring of the retail outfit New Look as well as mandates from Travelex, Fat Face and PizzaExpress.

Last week Latham announced it had appointed New York partner Lisa Watts as vice-chair of the firm. She joins Chicago partner Brad Kotler, who currently serves as one of the firm’s two vice-chairs, and succeeds Ora Fisher, who is retiring later this year.