Latest SF political drama is about Pride Parade and police 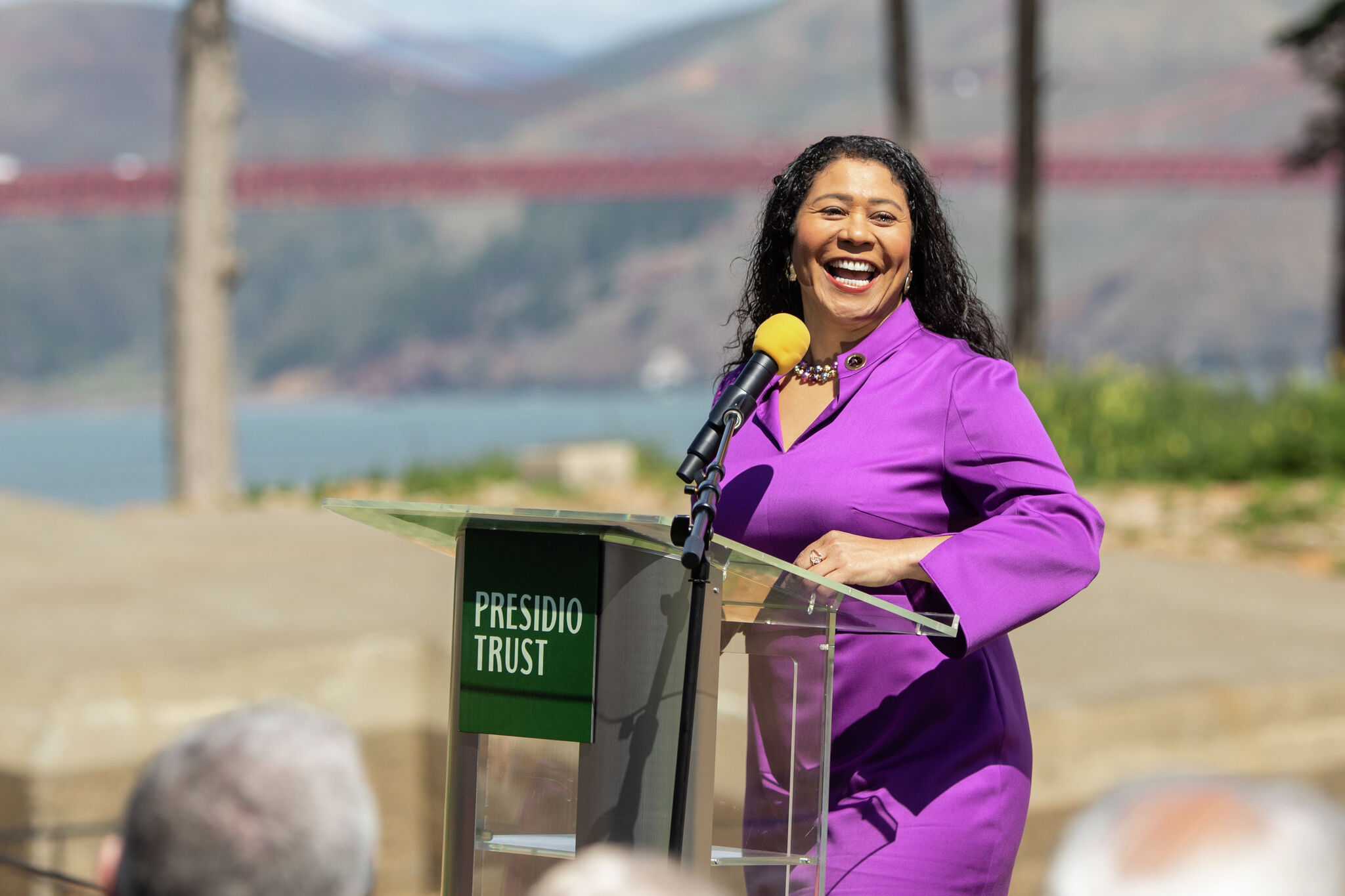 San Francisco Mayor London Breed said Monday that she will join local firefighters and the police in withdrawing plans to march in this year’s 52nd Annual LGBT Pride Parade on Sunday, June 26, after organizers banned police from wearing uniforms that some see as a symbol of harassment toward vulnerable groups.

“One of the central planks of the movement for better policing is a demand that the people who serve in uniform better represent the communities they are policing,” the mayor said in a statement. “We can’t say, we want more Black officers, or we want more LGBTQ officers, and then treat those officers with disrespect when they actually step up and serve.

The board of directors voted to ban uniforms at its May meeting, stepping in line with many parades in other cities, such as Portland and New York, that have introduced similar policies.

Suzanne Ford, executive director of San Francisco Pride, told SFGATE that police are invited to march in T-shirts or polos that identify them by their department.

“This was an independent decision, but almost every major city with a pride parade in the United States is dealing with this issue,” Ford said. “San Francisco was really late. It was trying to find a solution to be inclusive of the police.”

The San Francisco police and fire departments take part in the parade annually, with most of the participants identifying as members of the LGBTQ+ community. In a statement announcing the decision to withdraw, the departments said the ban on uniforms was a reminder of a time when officers and firefighters had to hide that they were LGBTQ+.

“Now they ask us to hide the fact of where we work,” reads a statement from the San Francisco Police Officers Pride Alliance and the LGBTQ+ members of the SF Sheriff’s Office and the SF Fire Department.

“This is its own form of prejudice and further erodes the tenuous relationship between peace officers and the communities we keep safe,” the statement continues. “This decision ignored the history and accomplishments of LGBTQ+ peace officers, who made the SFPD and the SFSO more inclusive through their bravery and visibility. These officers have saved lives, made the city safer, and helped establish that in San Francisco, a member of the LGBTQ+ peace officer could serve the city in uniform with pride.”

SF Pride’s decision is part of a process that started in 2019 when a group of activists blocked the parade route, protesting corporate involvement in the parade and police brutality in America. Taryn Saldivar, one of the protesters arrested during the incident, sued the city for excessive force and false arrest by the police officers. The city settled with Saldivar for $190,000 last year.

“Parts of our community have suffered from police brutality,” Ford said. “Historically, some members of our community have asked police to not march at all. We hear those voices and we have to make sure that we recognize that we’re working to achieve harm reduction. We thought they could make a gesture that would show that they’re hearing those people. We’re trying to achieve two things here. We’re trying to achieve harm reduction and radical inclusion.”

While firefighters are allowed to participate in uniform, the San Francisco Fire Department is opting to not march in solidarity with police officers.

“Let’s remember that the members who are marching are LGBTQ+ members who have life experiences, and who took this job to affect the very change that the nation is asking for,” Lt. Jonathan Baxter, a spokesperson for the department, told SFGATE. “We took on that change before it became politically or visually important. We took the burden as individuals on being the minority and making those decisions before it became politically and visually important. And now those same individuals are being told that they cannot represent themselves and show their pride.”

Baxter said the department’s fire Chief Jeanine Nicholson, who identifies as part of the LGBTQ+ community, supports the decision.

“She grew up near a fire station in New York City and she did not think it was possible for a lesbian to become a firefighter until she came here to San Francisco decades ago, where a uniformed public safety personnel said, ‘Hey, you can be a firefighter here in San Francisco. Give it a try, sister,'” Baxter said. “And she gave it a try. And she’s now the chief of the seventh busiest fire public safety agency in the state.”

Ford said she hopes that members of the departments change their minds and opt to participate in the parade as they have in past years.