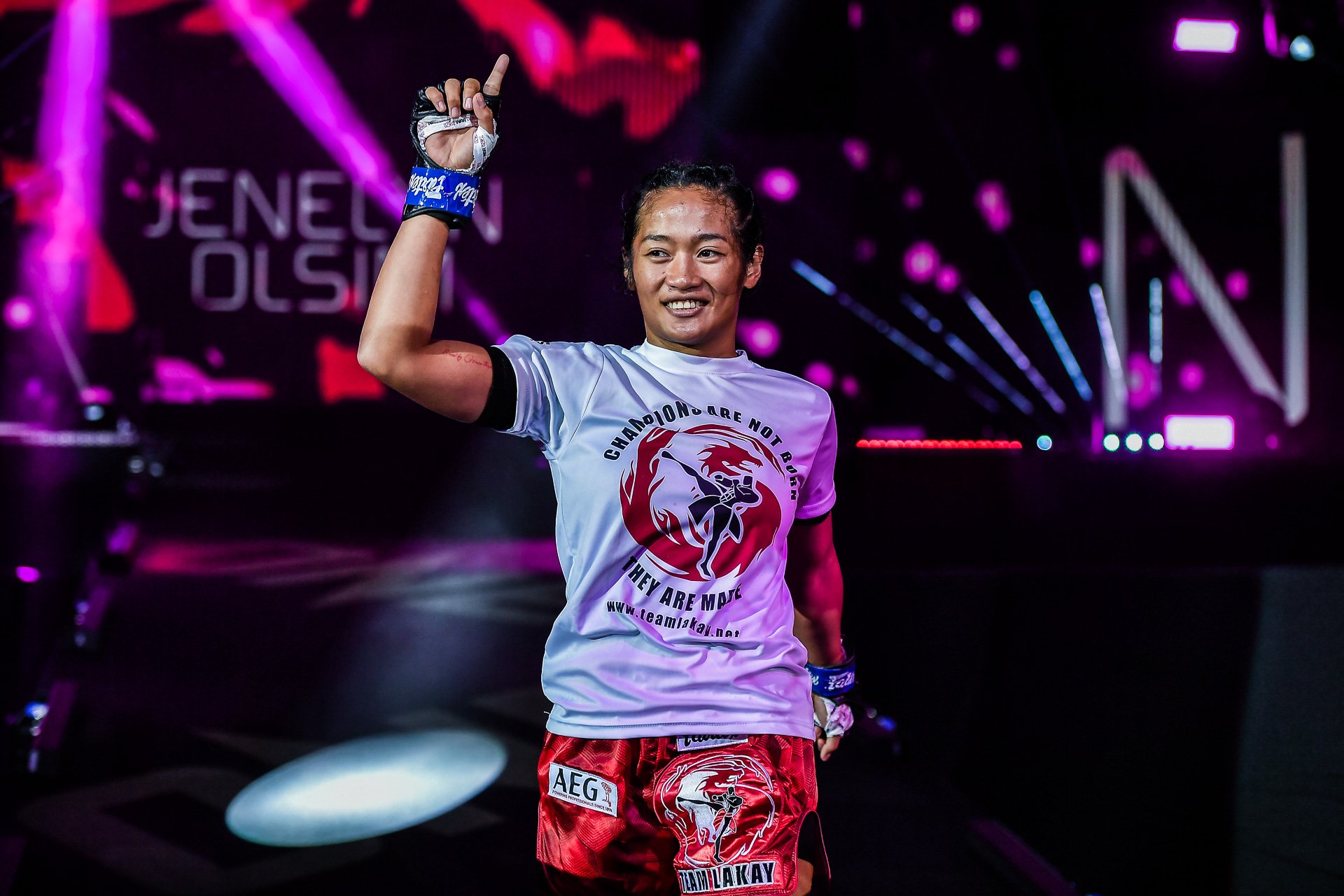 MANILA, Philippines—Competing in vovinam in the 31st Southeast Asian Games has added more striking techniques to Jenelyn Olsim’s arsenal ahead of her fight against Julie Mezabarba in ONE 158 on Friday at Singapore Indoor Stadium.

Buoyed by her bronze medal finish in the Vietnamese traditional martial art in the Hanoi Games, Olsim is out to bring her learnings from the sport to the atomweight division of ONE Championship.

“It’s a big boost to my striking since I also compete in the 55-kilogram in vovinam,” said Olsim in Filipino during her virtual media availability on Friday.

“I learned the importance of scoring from the sport. It’s not how strong your kicks or knocking out your opponent. It’s all about finding a way to score.”

“Competing in vovinam really helped me in my preparation. I had a great time in the tournament,” she added.

The 25-year-old, who also had a career in Muay Thai and kickboxing before becoming a professional MMA fighter, put premium on her takedowns and wrestling defense in her preparation against her Brazilian foe.

“She’s a striker. I prepared for the grounds part because during my last fight, my weakness was in wrestling,” Olsim said. “In my previous fights, my opponents always attempt for a down, which I haven’t developed yet.”

“I worked on having strong and aggressive takedowns. I think I’m more confident now in attempting takedowns, but I still have to follow our game plan,” she added.

Olsim yielded to Indian wrestling savant Ritu Phogat in the ONE Atomweight World Grand Prix semifinals on ONE: NEXTGEN last October 2021, which was her last fight.

The Team Lakay stalwart was supposed to take on Malaysian star Jihin Radzuan at ONE: Bad Blood in February 2022 but had to pull out due to injury.

After the previous cancellation of her fights, Olsim is all set to return to action, eyeing a victory over Mezabarba in Singapore.

“After my matches were repeatedly canceled, I didn’t stop preparing. Now, I am one hundred percent confident and ready for this fight,” she said.